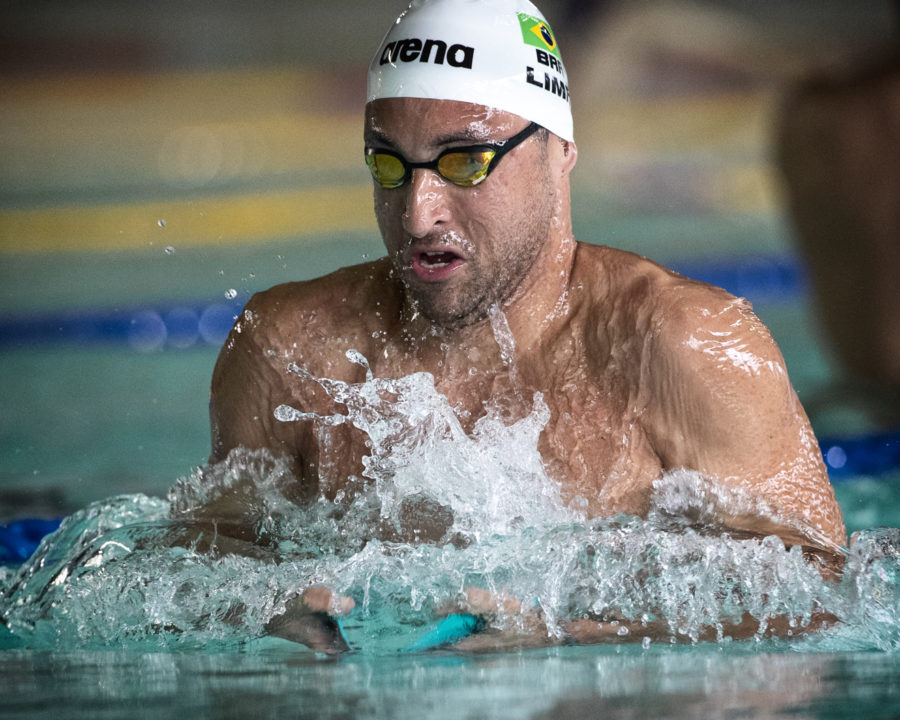 Another day has passed and another new member of International Swimming League (ISL) Team Energy Standard has been announced.

This time it’s Brazilian breaststroker Felipe Lima who has joined the Turkey-based squad for season 2, switching it up from his LA Current squad from season 1.

Our next swimmer for today is Brazilian breaststroke specialist @felipelimasw 🇧🇷! . Welcome to the ISL Champions 🏆 @energystandard ⚡. . #aquapower #isl2020

As a former member of LA Current, Lima marks the first new member of Energy Standard to make the move from a Championship team. Last year, Lima ranked 48th among all MVP point scorers, having earned 78.0 across 4 meets, including the Las Vegas final.

At those Nevada finals, Lima finished 4th in the men’s 50m breast, 5th in the 100m breast and helped the LA Current medley relay finish 6th.

We’ve reported on an onslaught of Energy Standard signings this week, which have included returning members such as Femke Heemskerk and Evgeny Rylov, but also significant new signings to the tune of Pernille Blume and Siobhan Haughey.

Here is what the known Energy Stnaard roster looks like at this moment in time, with the new members identified via asterisk. We’re still awaiting roster announcements, or even hints for that matter, from the other teams.

To be fair I wouldn’t say that their men are insanely good. Women are looking pretty good particularly in sprint freestyle.

Also Rylov, Seto, Chupkov, Symanovich, Proud (decent for skins), idk what ur talking about, but that seems pretty OP to me.

i assume Daiya Seto is not coming back…

I assume the same, that he’ll be on the Japanese team.

Assuming they are all definitely coming back which is yet to be guaranteed.

So is the Canadian team getting Sanchez, Oleksiak, …? Signing Haughey, who might just be the best swimmer from DC last season, is close to unfair at this point.