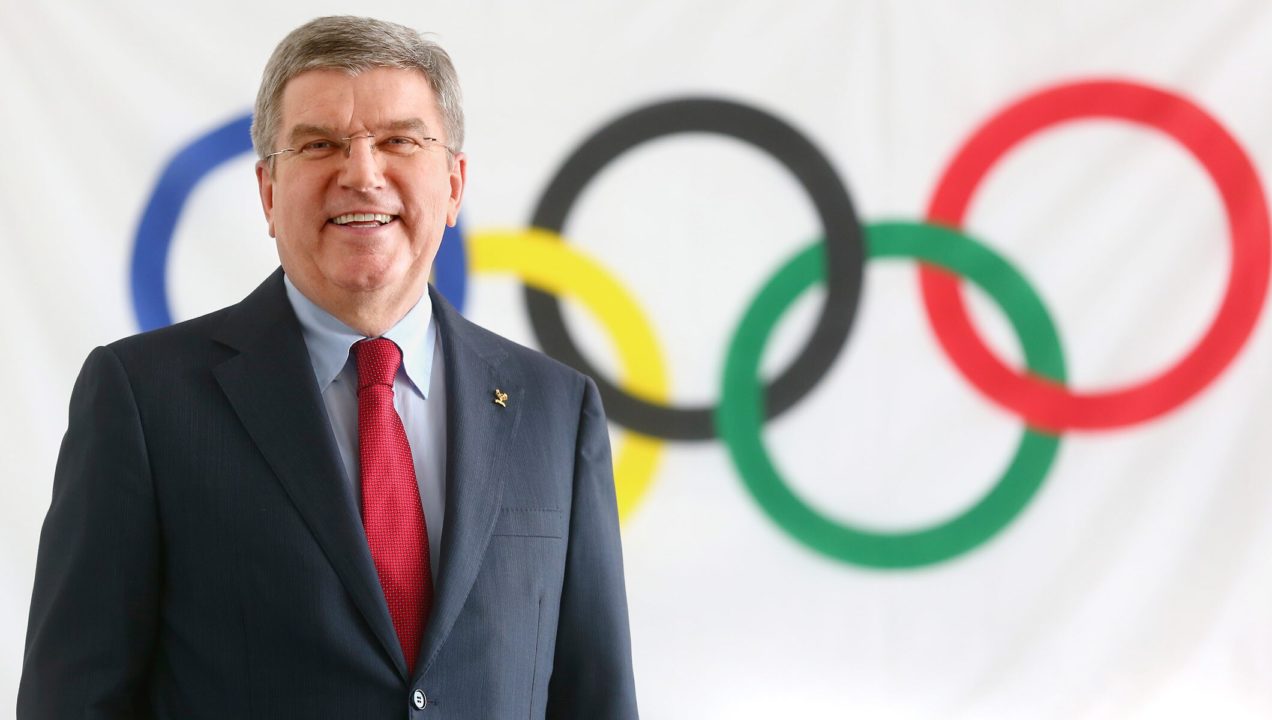 IOC President Thomas Bach said in a press conference this week that he currently expects a late April or early May decision on whether to allow foreign spectators at the Tokyo 2020 Olympics. Archive photo via Olympic.org

The Japanese Olympic roster sits just shy of 30 in terms of strict qualifiers. We’ll find out soon if the JASF grants any other spots.

Rikako Ikee topped the podium in both the 50m fly and 50m free to wrap up her impressive Japanese Olympic Trials campaign.

20-year-old Waka Kobori added another event to her Olympic lineup, qualifying for the women’s 800m free tonight in Tokyo.

The International Olympic Committee is meeting, virtually, this week, and IOC President Thomas Bach has hinted that a decision on whether to allow foreign spectators to be present at the Tokyo 2020 Olympic Games and Tokyo 2020 Paralympics will likely come in either April or May.

Bach says that, while the IOC would like to delay that decision as long as possible to allow the coronavirus numbers to drop further, he recognizes that there are logistical issues in play where a decision must be made at some point.

“We are very well aware that there, even if we would like to, to benefit from positive developments with regard to the coronavirus, that if we would like to wait until the very last moment, but this is not possible because the ticketing program has to be organized, the logistics has to be taken into consideration and then organized; this is about also immigration rules and so on.

“I would say maybe April, early May, roundabout, that we would have to take this decision, but this is very much based on the technical factors.”

IOC sports director Christophe Dubi echoed this desire to both delay the decision as long as possible but also make the decision early.

“We have to take the decision as late as possible but as early as needed,” he said. “There are a number of constraints, towards the end of April will be the right time. For local spectators it is another logic, you might see the decision made into two steps, one for outside, one for the rest of Japan.”

This decision on foreign spectators, specifically, is different than the one for domestic spectators – which would require much less lead time to be accomplished. At present, the country’s sporting venues have a cap of 10,000 spectators, though many sporting events have exceeded that limit.

The IOC is weighing 3 plans, whether they involve foreign spectators or not. One plan is to not put any limit on spectators, one puts a limit of 50% of the venues capacity, and a third plan is closing the venues to spectators completely.

Japan is expected to begin allowing foreign Olympic and Paralympic athletes to entry the country for competitions as early as next month. Olympic athletes will not be required to self-isolate for two weeks upon arrival, but must restrict themselves to their accommodation and their training venues. April will see the resumption of test events in the country after more than a year, with Wheelchair Rugby being the next scheduled test.

Watch the full press conference below:

Japan has officially recorded 429,472 coronavirus infections and 7,722 deaths according to Worldometer data. The country’s current 7-day moving average for new infections is 1,163 per day and for COVID-19 deaths is 64 per day.

Among developed nations, Japan has among the lowest infection and death rates from coronavirus per capita among its population of 126 million. That’s in spite of being home to one of the oldest populations in the world.

What are the odds the Games don’t happen at all?