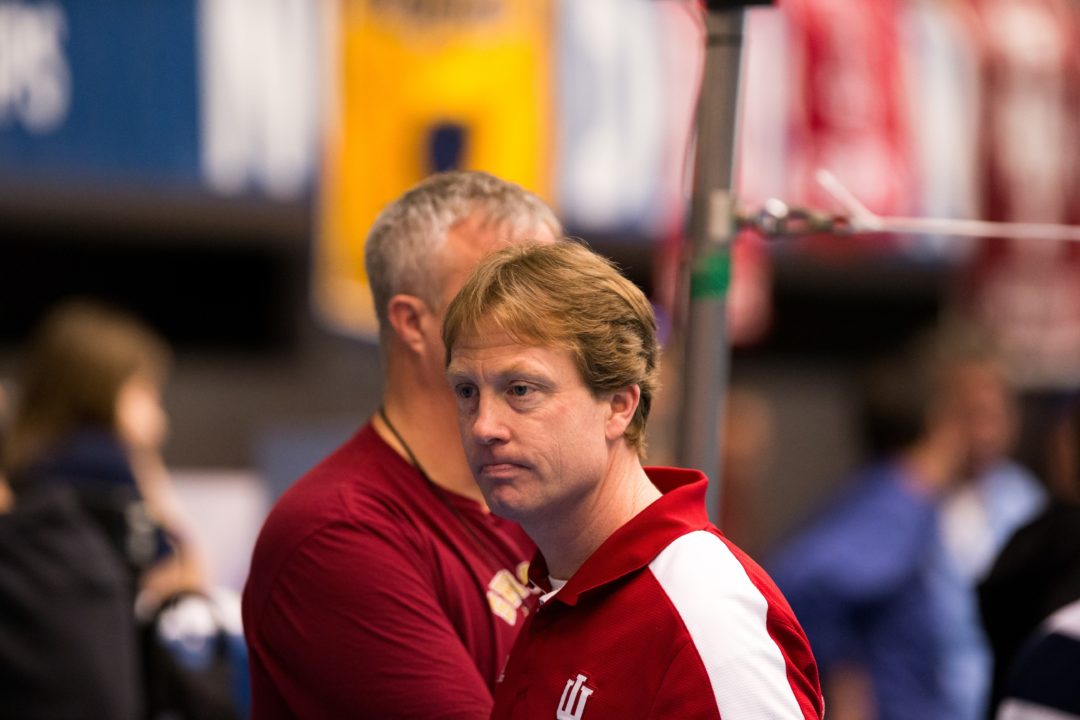 Indiana University has released its official schedule for the 2014-2015 season, and among the notable additions is a season-opening home dual meet with Auburn on October 10th. Archive photo via Tim Binning/TheSwimPictures.com

Indiana University has released its official schedule for the 2014-2015 season, and among the notable additions is a season-opening home dual meet with Auburn on October 10th.

Last year, Indiana dualed Cal to start the season, but this fall they’ll schedule in the Tigers for that date.

Indiana has made a noticeable commitment to its sprint freestyle events this offseason, adding big-name prospects Ali Khalafalla, Grace Vertigans and former Minnesota head coach Dennis Dale, who will head up the Hoosier sprint program.  It appears coach Ray Looze & company will give that new-look sprinting corps a trial by fire in taking on Auburn, one of the nation’s most renowned sprint programs, right off the bat.

Also included on the schedule is the now-four-way dual with Texas, Michigan and the Louisville Cardinals, who will join the meet for the first time in 2014. Indiana will face Louisville three times during the season – the quad meet, a women’s dual and men’s split-squad pair of duals on January 30th and 31st, plus a trip to the Louisville Invite on February 14th and 15th in the weeks leading up to the Big Ten Championships.

It also appears Indiana will be hitting its mid-season rest meet in early December, with a portion of the team heading to Winter Nationals and the rest competing at home in the Hoosierland Invite.

You can find the full schedule on the IUHoosiers website here.