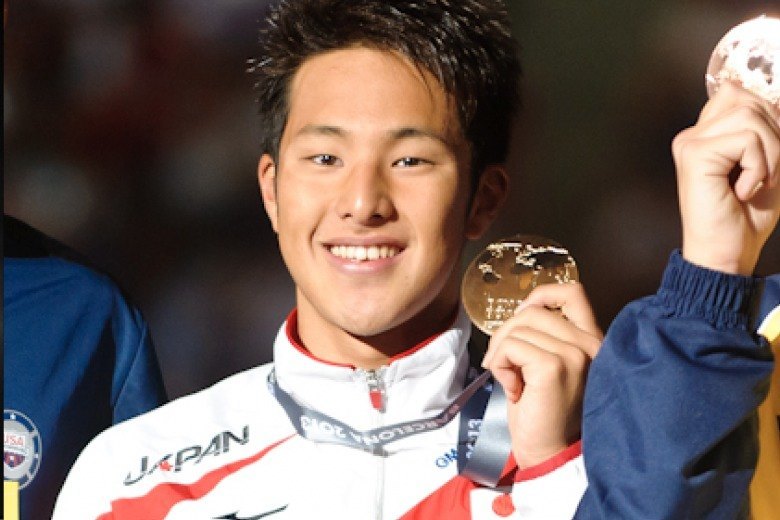 The final stop of the circuit will feature a big-time showdown of the top two 200 flyers in the world for 2014, Chad le Clos and Daiya Seto (pictured).

Mare Nostrum is a fast-paced, monetarily-enticing series of swim meets through the Mediterranean. The first two stops were in Monaco (June 7-8) and Canet-en-Roussillon, France (June 11-12), and the circuit wraps up this weekend in Barcelona, Spain on Saturday and Sunday.

The final stop of the circuit will feature a big-time showdown of the top two 200 flyers in the world for 2014, Chad le Clos and Daiya Seto. Meanwhile some big names like Thiago Pereira, Michael Jamieson, Mireia Belmonte Garcia and Hannah Miley will make their Mare Nostrum debuts for 2014.

The series is a whirlwind tour – last weekend’s Monaco stop (June 7-8) was followed by a swing through Canet-en-Roussillon, France on Wednesday and Thursday (June 11-12), with the series wrapping up this Saturday and Sunday in Barcelona, Spain (June 14-15).

The circuit has a huge monetary pull, as each stop gives out solid prizes with a whole list of bonuses available for record-breaking swims.

Here’s a quick breakdown of the Barcelona prize distribution:

Finally, at the end of the series, the top four finishers for both men and women receive even bigger prizes:

An explanation of the prizes awarded can be found here, courtesy of the Mare Nostrum website.

1. Return of Watanabe, debut for Belmonte Garcia? Japan’s Kanako Watanabe dominated the breaststroke races in Monaco, only to watch her rival Rikke Moller Pedersen show up much faster in Canet. Now with Moller Pedersen not in attendance, it’ll be on Watanabe to reclaim the title of female breaststroke superstar of the meet. Meanwhile Spain’s Mireia Belmonte Garcia was on the Monaco start lists, but did not compete. She’s entered now in her home country’s Mare Nostrum meet, and we’ll see if the versatile Spaniard makes her debut.

2. Seto vs Le Clos in 200 fly: There might not be a better race in the whole Mare Nostrum series. Chad Le Clos is the current world leader in the event, and has been putting together a great season, though he struggled mightily in Canet, missing the final of the 100 fly and scratching the 200. Daiya Seto, in contrast, had an outstanding Canet meet, and sits second behind le Clos in the 2014 World Ranks. It’s not often you get to see the two top swimmers in the world collide, so this 200 fly is worth getting excited about, even if le Clos isn’t at his best.

3. World-leader Michael Jamieson arrives to spice up breaststroke battle: Michael Jamieson holds the fastest time in the world this year in the 200 breaststroke, and he’ll arrive in Barcelona to try and break up the Japanese duo of Yasuhiro Koseki and Kazuki Kohinata who went 1-2 in the race in Canet. He’ll also have to battle Brazilian Thiago Pereira, who joins the hunt in Barcelona and might be most dangerous in the IM races.

4. Can Adrian stay red-hot? In the men’s sprint free races, the 2014 Mare Nostrum tour has been all Nathan Adrian. The Cal Aquatics standout has swept the 50 and 100 freestyle races on the circuit so far, and really hasn’t been challenged in either. He’ll be up against a similar field in Barcelona (teammate Anthony Ervin, Olympic champ Florent Manaudou, Russian Andrey Grechin, U.S. Olympian Cullen Jones), and it’ll be up the field to see if they can finally track down the big American.

5. Reinforcements arrive for the Brits: In Canet, we noted the arrival of a big British team that had a substantial impact on the meet. That GBR squad is only growing for Barcelona, with some of the major additions including the aforementioned Jamieson and IMer Hannah Miley. Also added for Barcelona are Robbie Renwick, Siobhan O’Connor and James Guy, in addition to the group from Canet, which featured stud sprinters Francesca Halsall, Aimee Willmott and Ben Proud.