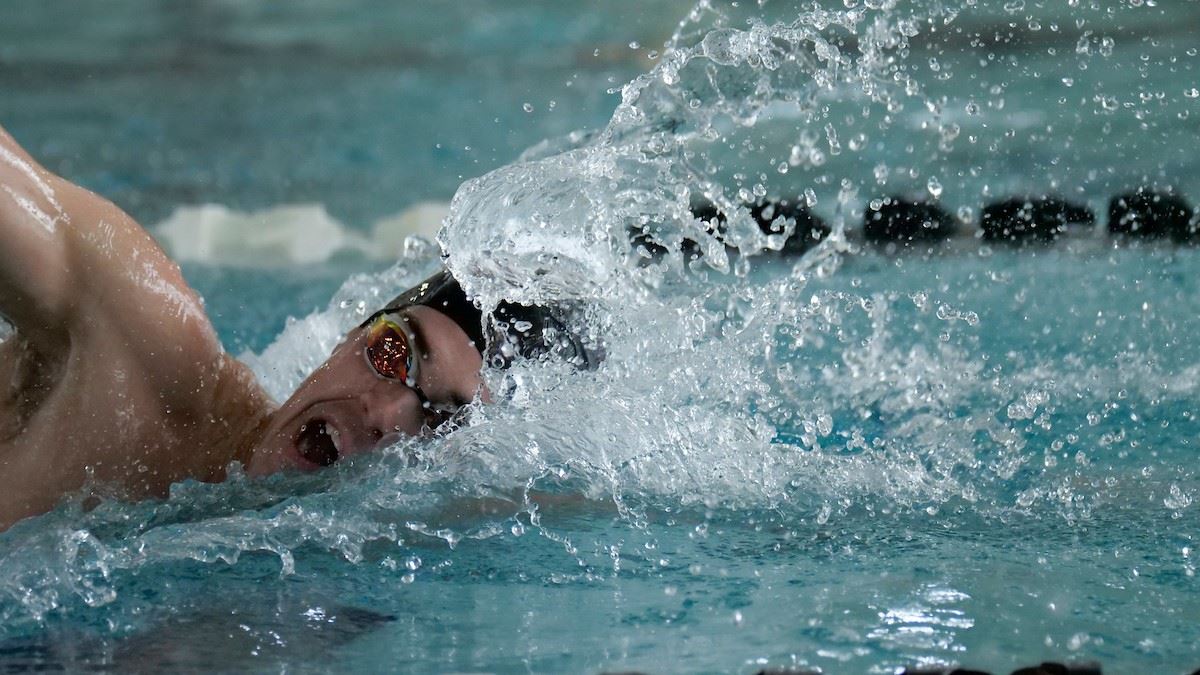 ARKADELPHIA, Ark. – The Little Rock swimming team defeated Ouachita Baptist but fell to Incarnate Word in their first away meet of the season this Friday. Several Trojans posted season-best times despite only six days between their last competition, while freshman Jaelle Carlson continues to highlight Little Rock’s sprint freestyle squad, including a pool record-breaking swim in the 100 free.

“The team showed fight from start to finish. Each week we raise the bar and every time they are stepping up. The spirit and drive is contagious!” said head coach Amy Burgess.

“Jaelle continues to impress,” Coach Burgess added. “It was icing on the cake to have her leave with her name on the wall!”

Relays
The Trojans flexed their dominance in the sprints with a win in the 200 freestyle relay to cap off the tri-meet. The squad of sophomore Aubry Matthews, sophomore Cheryl Poulsen, junior Asmalia Redzuan and Carlson turned a commanding two-second lead to finish first with a time of 1:36.66.

Earlier, Little Rock started off the evening with a second-place finish in the 200 medley relay. The team of freshman Olivia Henderson, sophomore Karina Harr, graduate student Lauren Gray and Carlson turned in a time of 1:50.04, with Gray and Carlson posting the fastest fly and free splits in the pool, respectively.

Freestyle Highlights
Four Trojans showed up in the top six of the 50 freestyle, with Poulsen leading the way with a first-place finishing time of 24.65, a season-best by over half a second. Matthews collected third place with a time of 25.06, while Gray and junior Khadijah Brown went 5-6 just one one-hundredth apart, with times of 25.15 and 25.16, respectively.

The mile is rarely swam in-season, but two tough Trojans competed in the 1,650 yard race: senior Lea Zengerling and Redzuan. Zengerling posted a respectable time of 17:55.74 to take third, while her junior rounded out the group at 18:57.47.

Carlson won the 100 freestyle by nearly two seconds in a dominating victory with a time of 52.14. Poulsen claimed third place, again showing an impressive drop over the past week by cutting off exactly two seconds from her former mark to post a finishing time of 54.05.

Earlier, Carlson showed off her well-rounded line-up with a second-place finish in the 200 free. She fought her way to a time of 1:53.92, only tenths behind first.

Butterfly Highlights
In the 100 butterfly, Gray was one of two competitors under the 1-minute mark, stopping the clock at 59.83 for second place. Junior Fer Moussier was in a tight race for third, taking fifth in 1:00.54. However, Moussier led the Trojans in the 200 fly, placing third with a time of 2:12.55. Teammate Devin Trammell was right behind, touching the wall fourth at 2:14.82. Later in the meet, Trammell also showed her toughness in the 400 IM, finishing third with a time of 4:44.34.

Backstroke Highlights
Henderson was the top Little Rock finisher in both the long and short backstroke races, placing second soundly both times. In the 100, the freshman turned in a time of 59.62, a season-best, before coming back in the 200 to touch the wall at 2:09.99. Classmate Caitlin Romprey finished third in the 200 at 2:10.56, while taking fifth in the 100 at 1:01.09.

Breaststroke Highlights
Harr continues to lead the Trojans in the breaststroke events. The sophomore finished second in the 200 with a season-best 2:28.98, followed close behind by classmate Lexie Shelton in 2:31.10. Harr also took third in the 100, posting a 1:08.47, while senior Carolyn Godwin shaved off over two seconds from her last 100 breast with a time of 1:10.35.

Up Next
Little Rock will have the next few weeks off before traveling to their first Missouri Valley Conference competition on Nov. 5 and 6. The Trojans will take on Evansville and St. Louis in a tri-meet in their last challenge before their annual mid-season invitational. View the full Trojan schedule here.