In Defense of Russia’s Athletes, in Conviction of Russian Officials 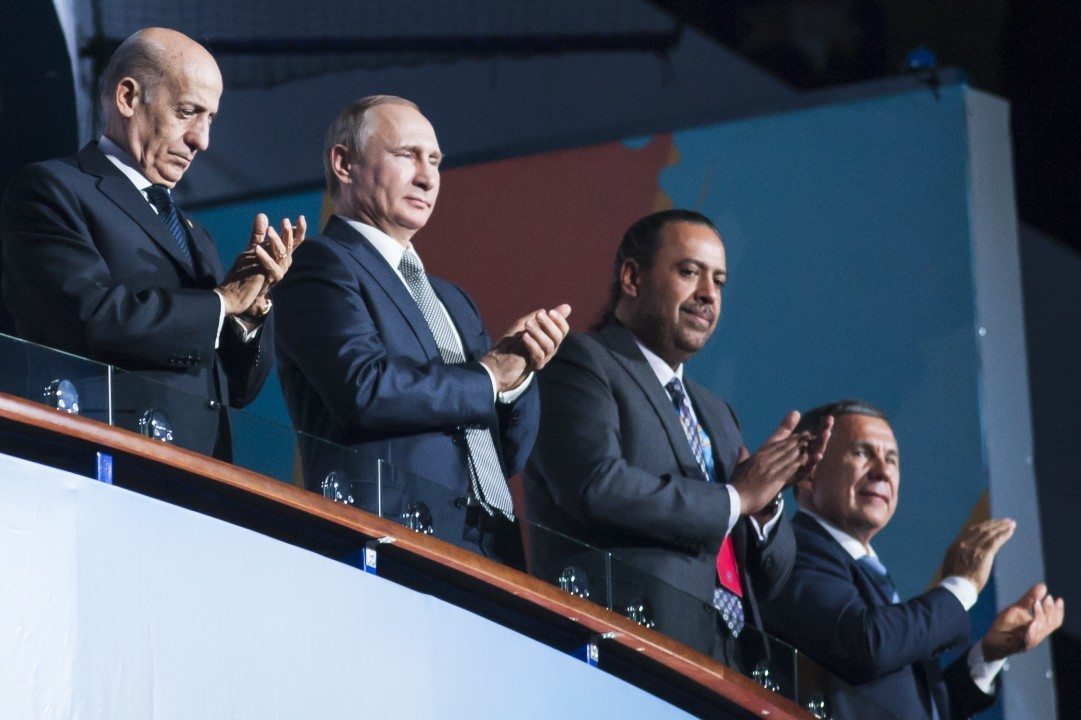 The newly-announced WADA sanctions will be an annoyance for Russian athletes, but will impact most greatly the officials responsible for institutional doping. Current photo via Simone Castrovillari

The contents of this editorial belong to its author and do not necessarily reflect the opinions of SwimSwam as a whole or other members of the staff.

There are two big, glaring, flashing-lights streams of rhetoric in the ongoing WADA-vs-RUSADA doping battle.

The first, that has been running for a while, is the belief, supported by documentaries and the McLaren Report, that Russia’s doping is state sponsored and institutional, and that’s why Russia’s doping problems are more severe than, say, the United States, which also has a high number of athletes that have tested positive for banned substances.

The second is that, in the early hours after WADA announced its recommendations for punishment that didn’t include a blanket ban of Russian athletes from international competition, the penalties are not severe enough.

While I’m not here to argue that either of those conversations or ideas are wrong, I think that it’s important to make the point that, in some ways, the ideas are incongruous.

The penalties levied by WADA, if upheld, will only provide minor annoyances to Russian athletes. When they win gold medals in Tokyo, their anthem won’t be played. There will be some shaming, some of their coaches and support staff might not be allowed, a few teammates won’t be able to attend because of their involvement in the McLaren report, and their country will lose a lot of direct influence in the governing of sport.

But, many (most?) of their athletes will be able to qualify and otherwise compete as usual, and their names will go in the record books forever, albeit with a big asterisk.

But the penalties levied by WADA will strike harder at the administrators and government officials. If WADA has their way, Russia won’t be able to host international events (including the 2022 World Championships and 2021 and 2024 European Championships in swimming). Russian sports officials will lose their direct influence in the politics and direction of sport, and along with the ban of those officials from participation in sport governance, the 5-star vacations and substantial stipends that have been a large part of athlete frustration. Russia won’t be able to use hosting of these major events as international propaganda for their cities, and they won’t be able to host the Olympic Games until at least 2034 (a bid from St. Petersburg or Kazan was expected).

If we follow the train of thought that the reason the Russian doping is so severe and worthy of these extra punishments is because of the institutional nature of the doping, then these punishments strike directly at the institutions that are driving the doping – including Russian Federation governmental officials, while individual athletes who have tested positive (covered up or not) will also be subjected to individual bans, and not ‘blanket bans.’

A metaphor of sorts: issuing a blanket ban for 4 years of international competition on all Russian athletes would be akin to assessing a post-season ban on an NCAA (American collegiate) team, or stripping scholarships from athletes, when a coach commits an NCAA violation. The NCAA uses these punishments frequently, and they are almost universally reviled for it, as it punishes the underpaid athletes for the misdeeds of their very wealthy and well-paid coaches.

The only reason I can come up with is the notion that, because of the coverups by Russia and their anti-doping organization, it’s hard to say with confidence which Russian athletes are clean and which are not. But, WADA’s public talk seems to indicate that now, perhaps with cooperation from a new RUSADA chief who seems to actually be interested in cleaning up the organization’s misdeeds of the past even at possible personal risk, they have a good handle on where the records were tampered with and how to unwind that tampering.

Others have disagreed with that though, saying that at this point, it’s going to be hard for any individual Russian athletes to meet the WADA standard of proof of their innocence to make themselves eligible for the Olympics and beyond, because the records have become so convoluted.

In either case, I can accept the desire and calls for even harsher sanctions for Russia. Institutionalized doping is about as egregious as it gets in world doping. I do think it should be acknowledged, though, that WADA’s sanctions are directly addressing the institutionalized nature of the accusations against Russia.

How does qualification for Russian swimmers who are eligible work? I assume they are still bound by the same two swimmers per country per event rule, but how do they determine who gets the spots? Is there still a qualification meet? Do they go by best times? Are they allowed to enter relays?

I think they had relays in 2016, so I think they would be allowed. On one hand, I don’t see it as being all that different than, say, four-person bobsled. You need four people to compete in the event. On the other hand, relays FEEL more connected to the nation in a way I can’t articulate and which makes me want non-Russia Russian relays prohibited.

I think it ultimately depends on how difficult it is for Russian athletes to establish their innocence and how many hoops they have to jump through to compete still. Admittedly I’m not up to speed on the full details of this process.

One aspect of all of this is that WADA is heavily reliant on individual nation’s anti-doping agencies to establish protocols and ensure compliance with international standards. The presumption of innocence until proven guilty becomes difficult to maintain when most countries regulate and enforce compliance with the rules while one country has been proven to be complicit in the cover-up of breaking those rules.

Respectfully, Braden, the officialdom and “blazers” will lose no influence since the cash available in Russia to host future events beyond the ban, will over-ride any short term considerations. The sports of the Olympic Circus “respect” (as read by the word INFLUENCE) ONLY the money available to host events in the manner to which the Olympic Heirarchy has become accustomed. (as in travel, hotels and meals.) Every nation with an autocrat in charge is within the “circle of trust” for the IOC. Regardless of PR like this move by WADA. “keep your eye on the money”. This is all just show and no go for anti-doping. No one in Russia really is penalized. All the rest of the commentary, i… Read more »

Ah the irony. I sense some bitterness from Mr Blazer that he won’t have the penthouse suite all to himself!