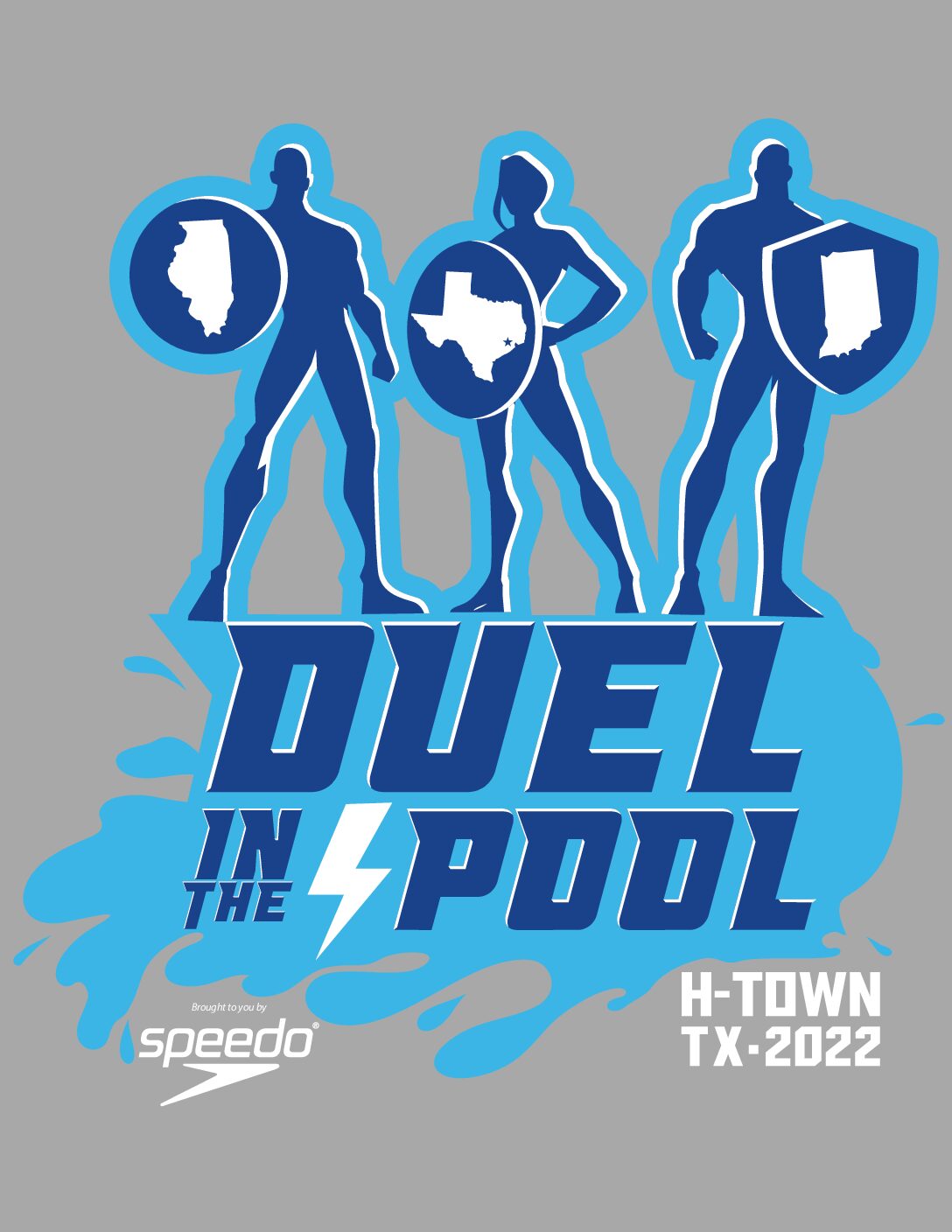 The 2022 Duel in the Pool brings together All-Star teams from Illinois, Indiana, and Gulf Swimming – three of USA Swimming’s highest-performing LSC’s.

After being sidelined by the pandemic for two years, the Duel in the Pool is back for its second iteration this weekend at the University of Houston. The meet brings together all-star teams from Illinois, Indiana, and Gulf Swimming – three of USA Swimming’s highest-performing LSC’s – with swimmers ages 11 through 16.

The Duel in the Pool should be even more competitive this year with Team Gulf added to the mix as hosts. The 2019 competition featured just two teams, with defending champion Illinois (745.5 points) edging Indiana (626.5 points).

Leah Hayes was initially listed on the Illinois lineup, but the 16-year-old no longer appears on the roster after qualifying for next month’s World Championships with a second-place finish in the 200 IM at last month’s International Team Trials. Jaeddan Gamilla is the only top scorer from Illinois returning from the team’s victorious 2019 roster. Also 16 years old, Gamilla is entered into seven events – four individual and three relay – his best ranking coming in the 400 IM.

Illinois’ Izzy Beu is the top seed in the girls 13-14 400 IM. Last year’s Central Zone champion, the 14-year-old Beu is the only swimmer in the field under the five-minute mark, with her 4:57.22 ranking faster than the best times from the age group above her at this meet. Illinois teammate Tristan Furlow’s top seed time in the boys 13-14 400 IM seed time is six seconds ahead of the pack.

The meet begins at 9:30 a.m. local time on both Saturday and Sunday.

I got David Kohan in the 50. His stroke is really a masterpiece and him going 20.7 last season should translate to a fast time here.
Prediction: 23.4 edging out for the win!
Good luck man!

2
-14
Reply
Your mother
Reply to  Hughnuetron

This is so facts!!! #nocapgetratiod😎😎

5
0
Reply
Your mother
Reply to  Hughnuetron