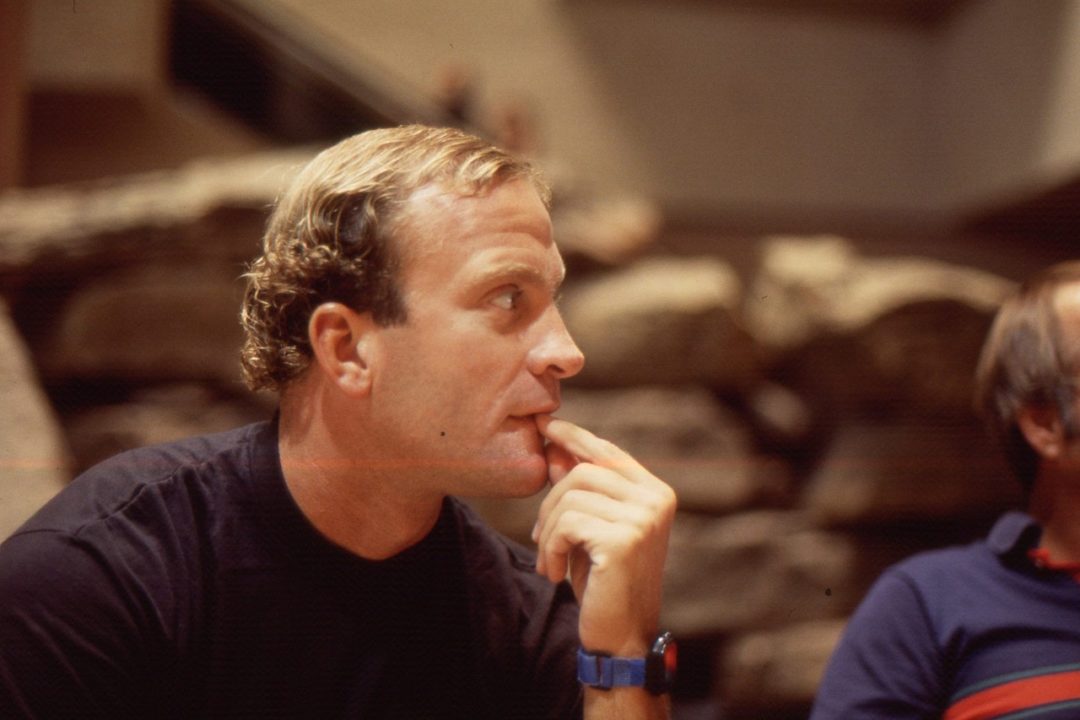 Early on in Wagner's illustrious coaching career, he spent one year with Evans during the height of her career in 1989. Archive photo via Don Wagner

Zhang Yufei discussed the highs and lows of her year, including a quadruple bronze medal haul and a poorly timed arm injury.

Italian Alberto Razzetti will be looking to build on a successful 2022 that saw him win the European title in the men’s 400 IM.

Wagner had landed the job as head coach of Fullerton Aquatics Sports Team (FAST) in April of that year, and with the role came the responsibility of coaching arguably the most dominant figure in the sport at the time.

“Bud (McAllister) had been the coach before, and there were a lot of good kids on that team,” said Wagner during a phone interview. “That was a great experience. I was there for three years, I really enjoyed it.”

After graduating from the University of Nebraska, the now 62-year-old Wagner moved out to Arizona with a friend looking to get their coaching careers underway.

“Our first job was moving tables and chairs at a hotel, but we got a small club going, and then I wound up moving to Scottsdale Aquatic Club,” he said. “I became the head coach there.”

After finding success in Scottsdale, Wagner was hired to become the assistant coach at the University of Arizona under Dick Jochums. After six years Jochums departed, and Frank Busch was hired as the new head coach.

“(Frank) brought his own staff, so I was out of a job,” said Wagner.

As it turned out, it didn’t take Wagner long to be hired, as just days later he received a call from Janet’s mother, Barbara Evans, telling him about the vacant position with FAST.

“It was just kind of coincidence,” he said. “The same week I found out I wasn’t going to be working anymore at Arizona she called me and said, ‘Look we have an opening at Fullerton, are you interested?’ And I said, ‘Ya,’ and so I came out in April (1989), and started working with the world’s best swimmer.”

A newspaper clipping showing Wagner and Evans at the 1989 US Nationals. Photo: Don Wagner.

31 years later, one practice in particular still stands out in Wagner’s mind.

“I was in the presence of greatness. As a coach, think about how many times you have people like that that you get to work with.”

“So she swam fast all spring and all summer, and she won five events at Nationals,” said Wagner. “We had the girls 16 & over team break the national record in the 800 free relay.

“There was a good supporting cast of kids that trained with her, she made everybody a lot better. Practices, I really enjoyed them. They were a lot of fun. I think everybody had a pretty good time.”

After Nationals, Wagner was selected to coach for the U.S. at the 1989 Pan Pacific Championships in Tokyo.

“That’s where things kind of changed for me,” he said.

Wagner recalls the final night of competition, in particular, was electric. Four world records went down, including Evans resetting her mark in the 800 free.

It was only one day earlier when Evans annihilated the field in the 400 free, winning by almost seven seconds in 4:04.53. However, she had missed her PB from the previous year of 4:03.8.

“I remember telling her (before the 800), I said ‘You know, I think you can break the world record.’ And she did not like that. She said: ‘I’m not interested in that, I want to go my best time.’ Well, her best time was the world record,” he laughed.

Final results of the women’s 800 freestyle.

Having brought the race home sub-1:01 over the final 100, Evans had jammed her hand on the finish, which Wagner believes led to a broken finger.

Wagner and Evans after she broke the 800 free world record. Photo: Don Wagner.

“I remember she was really happy, but she was holding her hand, and there’s blood coming down her finger, and, it was just an amazing moment in time.”

From there, Evans would attend Stanford to begin her college career, while Wagner got hired to be an assistant to Mark Schubert at USC, where Evans ended up coming to train.

“Getting 20 seconds of rest and holding that, I thought that was really, really impressive. Maybe someone else has done something like that since, but when I saw it I hadn’t seen or heard of anybody doing anything quite like that. She was really amazing.”

Wagner would go on to coach at several major international competitions, including acting as head women’s coach at the 1995 World University Games in Fukuoka. He was also an assistant coach at the 1990 Goodwill Games and the 1991 Pan Pacs.

“They were fantastic experiences, and I made a number of other trips and I attribute all of it to having the opportunity to work with Janet.”

After USC, he served as the head coach for four years at both Texas A&M University and the University of Alabama.

“I got to rub elbows with every great coach, and people tell me that I’ve met everybody,” he said. “And I feel like throughout my career in swimming I have met pretty much everybody.”

For the last seven years, Wagner has been running his own team, Phoenix Aquatic Club, located in Palisades, New York.

“I’ve got about 120 kids, we’re not very big but we’ve got a lot of good kids,” he said. “It’s kind of a family environment. My son Ryan, who has just finished grad school, is now my assistant So I have four really, really good coaches.”

With the Tri-state area being particularly hit hard by the COVID-19 pandemic, Wagner isn’t sure when his swimmers will be able to get back in a pool, but they are planning to begin open water swimming in New Jersey shortly while maintaining their daily Zoom dryland workouts.

Once things begin to be reopened, he’s looking forward to helping out the kids who have had their summer league seasons cancelled.

“One of the things that we want to do is try to provide summer league experience for a lot of those kids,” he said. “That’s their summer, and we think we’ve got the space to do it, and accommodate them and do it under the CDC guidelines.”

Wagner has thoroughly enjoyed running his own program since 2013, and will continue sharing his love for the sport with the next generation.

“I always want to coach from a positive perspective, and if I can make it fun for them it’s fun for me. And that’s how I like to do it, and my coaches feel the same way.”

One of the most genuine coaches you’ll meet. Along with the family. Ryan will learn a lot I’m sure, as a coach and as a person!

Don is a great man. He took me onto FAST within a month of getting that job (when I had no business training in that pool), he instilled confidence in oneself, he and his wife Alice took me into their home for months (when I could not find a place to live in SoCal$$$), and also played an indirect role in me meeting my wife (she swam for FAST at the time as well). Don taught me a lot about life over the years, and I cherish our friendship. However, his kick sets killed me…

Thank you for this article. We have 3 young boys in Don’s club. Having a world class coach run the team is really a privilege. And as Don mentioned, his assistant coaches are also exceptional. But I think what really stands out is how family oriented the club is, how much the coaches and the athletes care for each other while maintaining the passion and competitive spirit. It all starts with Don and his family.

Great father/son combination. Ryan is enthusiastic and a great role model for young swimmers. Hope you all get back in the water soon. We miss you in Ohio Ryan!

Don was of my favourite coaches when I was swimming. So great to read about his amazing career on this platform.

Nice article. Its great to see Don doing well. He’s always been a great guy, a class act and a fantastic coach!

Agree. Thanks for sharing a great story…what an amazing swimmer and person and coach.

My daughter has been on Don’s team for almost 4 years. He is the most calm and caring coach, so concerned that swimmers love the sport, never tearing them down- his patience and ability to cultivate each swimmer in the water where they are at, and to make sure that they are mostly happy overall is always paramount. We can’t wait to get back in the pool!
J.Riccio