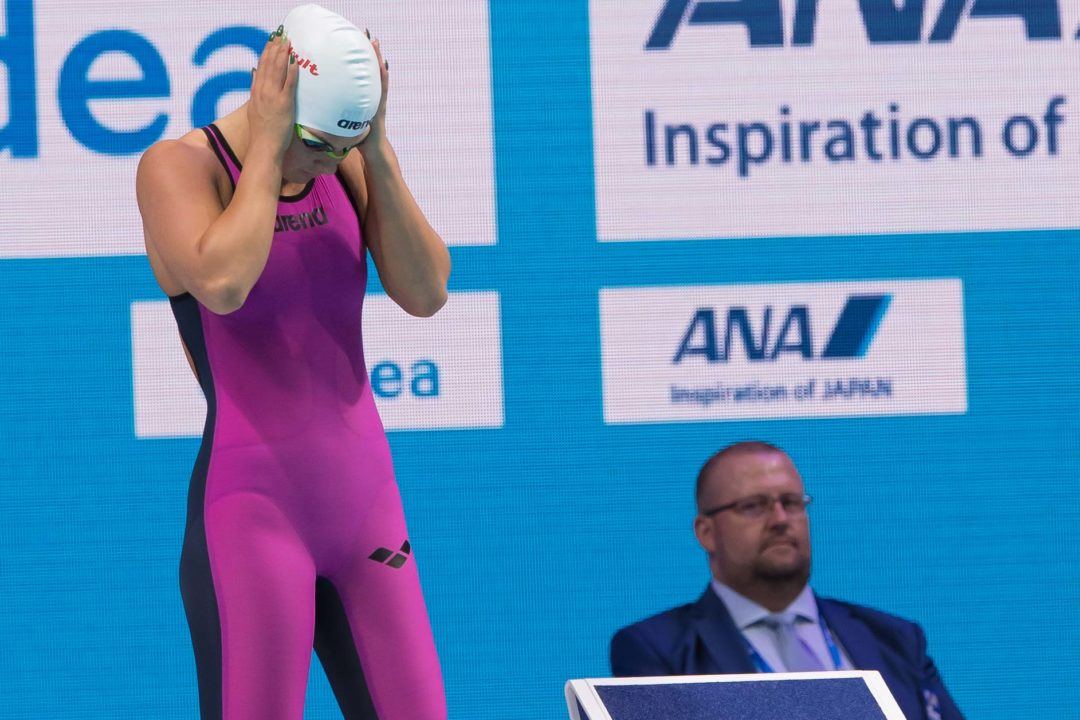 Liliana Szilágyi of Hungary announced this week that she will not be seeking qualification for the postponed 2020 Olympic Games in Tokyo, Japan. Archive photo via Mike Lewis/Ola Vista Photography

The 24-year-old revealed via her club’s website that she is not leaving the sport for good, but is simply taking time for her ‘body and soul’

“They used to say we’re human. A machine has no feelings, I have, the fly ace revealed in her announcement.

She continued, “I’m young, I can be a champion again, I can achieve great results. And I want to achieve that.

“I didn’t give up on my dreams. I just want to put myself together so I can train and compete in a way worthy of my previous results.” (Index.hu)

In October 2019 Szilágyi joined Shane Tusup‘s Team Darkhorse. As of August of this year, Tusup still indicated the Hungarian Olympian was in his group, telling Eurosport in an interview, “Lilu is very intelligent. She can’t do monotonous workouts.”

Szilágyi belongs to the Fradi club, otherwise known as Ferencvárosi TC. Most athletes within Fradi have their own coaches, with the club’s process of allowing Tusup to work with one of its athletes having been a slow process.

Szilágyi most recently competed at the 4 Nations Meet. Her most notable individual elite achievement was taking silver in the women’s 200m fly at the 2016 European Championships.

We have reached out to both Tusup and Szilágyi for comment.

There is definitely something going on, and I won’t speculate but it’s not going to solve itself. The problem is not that she had too many coaches, it’s that because there is a problem, she kept changing coaches. A swimming and water polo dynasty is not unique in Hungary, people deal with it. She needs help and I am saying it with the best intentions. She has the kindest, most loving parents, a lot of support, I hope she will bounce back

According to Szilagyi Tusup was the first coach who actually treated her as an equal partner, not as a machine. She talked about this everywhere. That is not destroying in my eyes…

And Shane was the only one who went to her when she was crying in London after the 100 fly heats. Lilu said this, too.

More complicated. Look after her family and the number of coaches she had in the past ten, twelve years.