Hosszu’s Event Schedule is All Part of the Master Plan 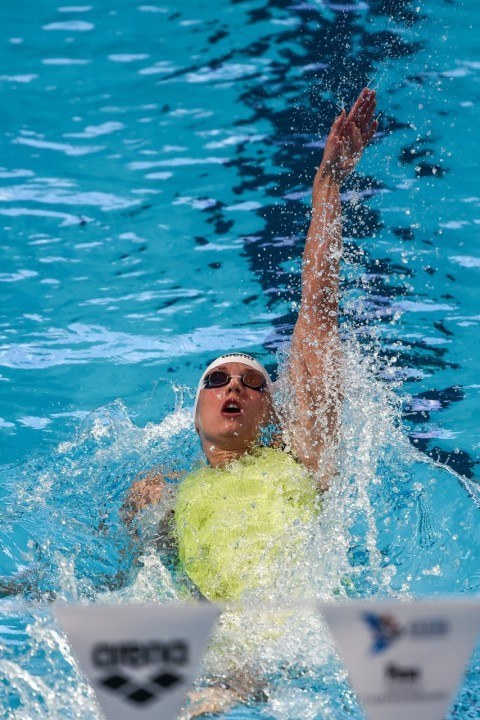 Hungarian Katinka Hosszu has earned the nickname ‘Iron Lady’ because of the amount she races year in and year out. This season is no different than any other as she competed in six events on the first day of the World Cup in Tokyo.

Hosszu earned medals in four of the six, with the most impressive being the 200 IM where she posted a 2:09.85, “Going 2.09 in the 200m IM at this stage of the season gives me a lot of confidence for the rest of my preparation for the Olympics next year,” said Hosszu.

This year’s World Cup Series has attracted more talent than the events have in the past. One example of that is the presence of Australian Emily Seebohm who has dominated the backstroke events, winning both the 50 and 200 on the first day in Tokyo. Hosszu finished second to the world champion in the 200 posting a time of 2:10.11.

Although Hosszu’s jam packed event schedule in Tokyo leaves her more vulnerable to her competition she insists it is all part of the process, “Honestly, from my perspective, I’m really happy with how I did,” said Hosszu.”I competed in six races, and there were some that were nearly back to back, so it was really challenging.”

“The main goal when I came on the tour was to do as much racing as I could. We changed a few things in the stroke technique, and you need time to practice that, but what better place to do that than the World Cup, and pick up a little bit of pocket money along the way — not too shabby!”