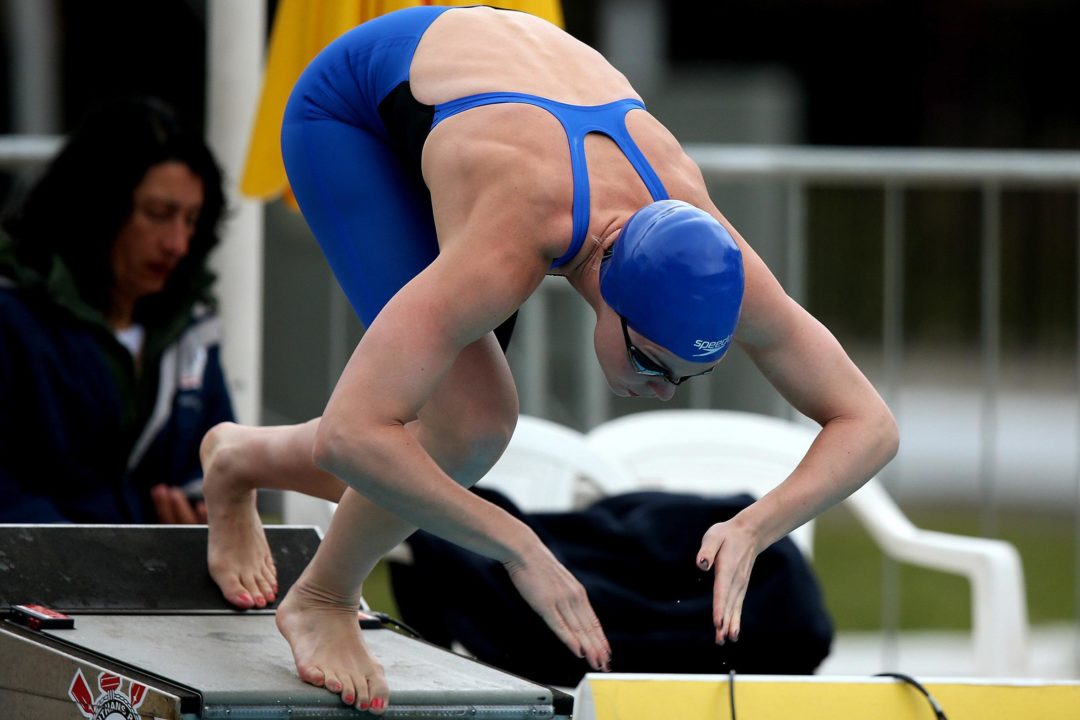 Femke Heemskerk wrapped up an impressive Dutch Short Course Nationals on Friday with her third Championships Record in as many... Archive photo via Satiro Sodre/SS Press

Femke Heemskerk wrapped up an impressive Dutch Short Course Nationals on Friday with her third Championships Record in as many days, this one coming in the women’s 200 meter backstroke final.

Heemskerk’s win came in 2:03.51 – which is within a second of the National Record held by Sharon van Rouwendaal, who didn’t race in Tilburg this week.

That’s not a primary event anymore for Heemskerk, but as a younger swimmer she was one of the better backstrokers in the world, and by improving upon her lifetime best by nine-tenths of she demonstrated just how locked-in she’s been over the last month in the short course pool.

Hers was one of six championship records set on the final day of this meet. Moniek Nijhuis was a 1:04.66 to win the women’s 100 breaststroke, which ranks her 3rd in the world this year.

Another record went in the men’s 50 breaststroke when Timon Evenhuis won in 26.76. That moves him within four-tenths of a second of the Dutch National Record in that event.

And finally, Inge Dekker got the women’s 50 butterfly win in 25.27, which is another Championship Record. She’ll temper her personal enthusiasm over the time, however, with the fact that she’s been better 10 times in her career – including five times already this season.

Rieneke Terink won the women’s 400 free in 4:04.07, easily in front of the field and a new Meet Record of her own; while Maarten Brzoskowski won a more-challenged men’s 1500 in a meet record of 14:47.03. He finished exactly two seconds ahead of Ferry Weertman, the open water star.

Other noteworthy winners on the day: