Heading Into 2020, Nation Of Japan Most Excited For Swimming 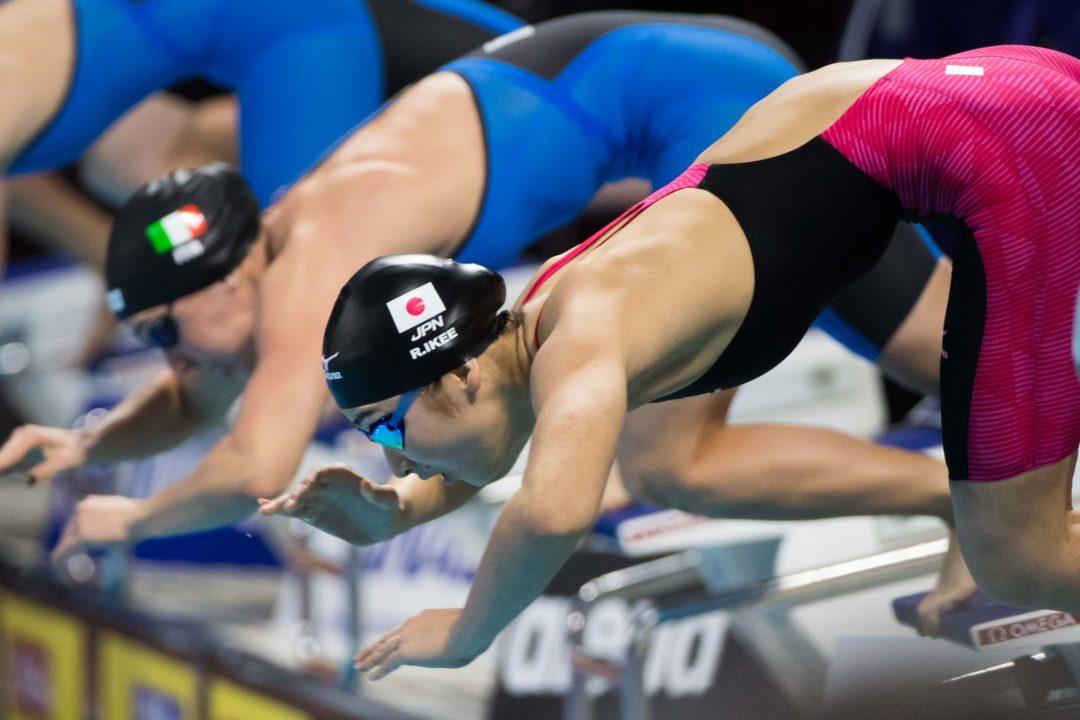 The nation of Japan is gearing up to cheer on their swimmers when the Summer Olympics arrive in Tokyo in 2020. Archive photo via Mike Lewis/Ola Vista Photography

Japan’s constituents are most excited for the sport of swimming when the 2020 edition of the Summer Olympic Games kicks off in Tokyo less than 800 days from now. According to a national survey published recently in Japan, the more than 1200 men and women over the age of 20 polled listed swimming as the sport they’re most looking forward to in 2020, followed by gymnastics and marathon running.

While Keneto and Hoshi have since retired, Japan is ripe with emerging talent that may come to a head in 2020 when the athletes compete on their home turf. Rikako Ikee is just 17 years of age right now, but already owns multiple national records and currently ranks within the top 5 in 4 individual events among the world’s best swimmers. Relative newcomer Nao Horomura is also making waves in the men’s 200m fly, while stalwarts Seto and Hagino continue to wreak havoc in the individual medley events.

The Japanese survey also asked respondents to rank their favorite athlete, either domestic or world-wide. No swimmer made the list, however, with baseball taking the top 2 spots in Shoehi Ohtani and Ichiro.

Ohashi is also in great position to medal in the IM events.

Honestly I could see her getting the WR soon.

That katinka record is pretty insane. Not saying she can’t but I’ll be very impressed if she does

They are tricky little rascals…watch out Team USA!

And in 3 years in fukuoka