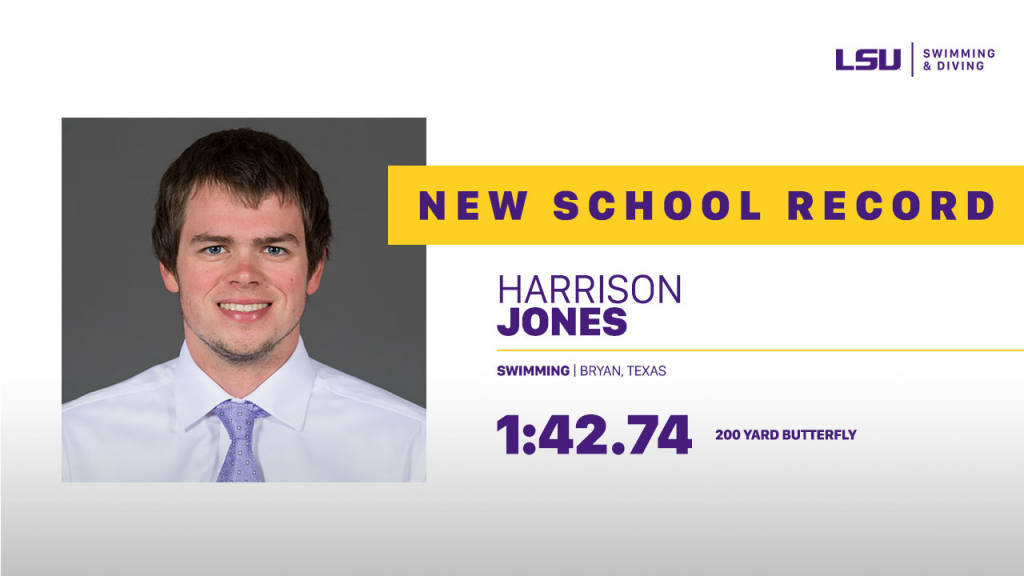 LSU junior Harrison Jones broke his own school record in the 200 fly on Saturday, the 2nd day of the Texas A&M Last Chance Meet.

Jones swam 1:42.74, which knocks a tenth of a second off his old record (set at SECs in 1:42.84). When Big Ten results are filled in to the official ranking system (they aren’t, as of posting), that will have improved him from 24th to 23rd in the national rankings this season in the event, moving ahead of Michigan’s Evan White. That one spot could be crucial, with 28 or 29 swimmers usually invited in each men’s event and the Pac-12 Championships still left to swim.

He’ll still be able to swim the 200 fly normal event on Sunday to try and improve his standing even further: per NCAA rules, a swimmer can race prelims and finals of an event at a meet, plus one additional time trial of the same event.

Other Significant Results from Saturday: