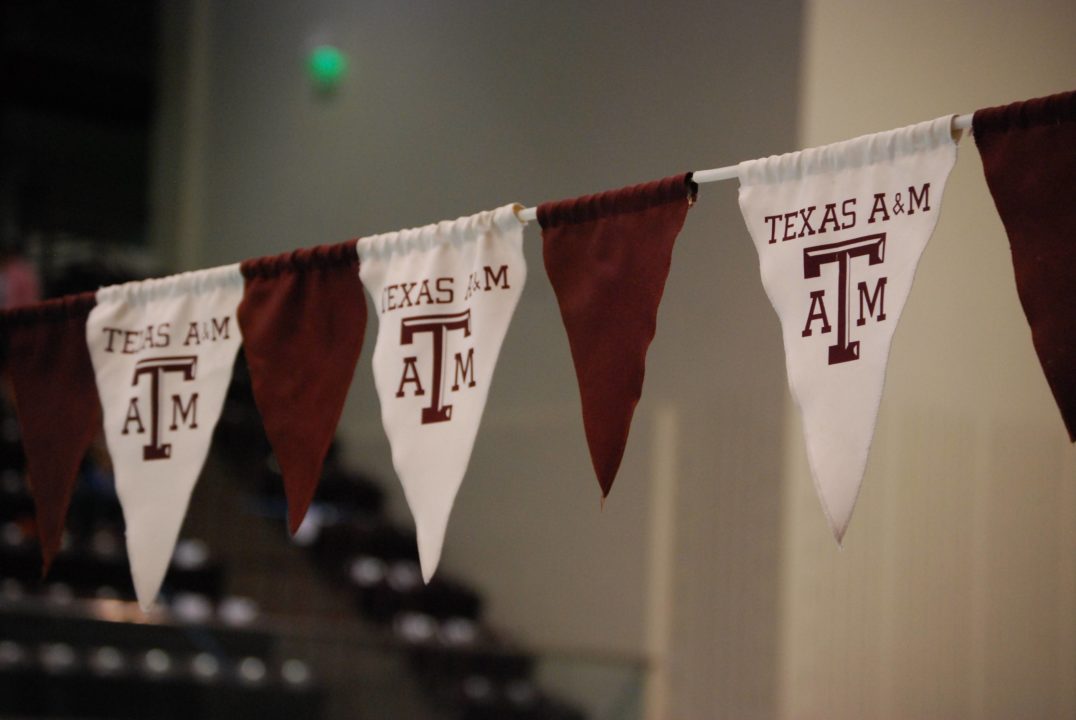 The last-chance dash for qualifying times for the 2018 NCAA swimming & diving championships have begun with the last-chance meet at Texas A&M University kicking off on Friday.

The first day of the meet produced just 2 times that have a shot at earning an invite to swimming’s version of ‘the big dance,’ and both came in the women’s 500 free.

First, in prelims, Aggie freshman Haley Yelle swam a 4:41.18 in the 500 free, which improved upon her season-best time of 4:42.73 from the SEC Championships. That jumped her from her previous rank at 59th up to 41st in the country, with times from the women’s Pac-12 Championships already included. Traditionally, around 39 swimmers in each event get invited, so on net with any new qualifying times achieved at other last-chance meets, she would need 1 or 2 swimmers ahead of her to choose other events to get a spot in Columbus.

After finals, her road got a little tougher, though. She was jumped by senior teammate Caitlynn Moon, who swam 4:40.57 to bump Yelle down a slot. Moon’s time ranks her 37th in the country, which would probably be invited, as of now. Moon’s previous best time this season was just 4:49.86.

4:41.84 was invited in the women’s 500 free last year, but that cut line appears to be falling this season.

Other Standout Swims, if not qualifiers:

That makes 17 probable qualifiers for the Aggie women not including divers and will likely qualify at least one diver. Has any women’s team ever had the full 18 qualify? Anyone ever exceeded 18? I only recall the Texas men doing this a couple years back.