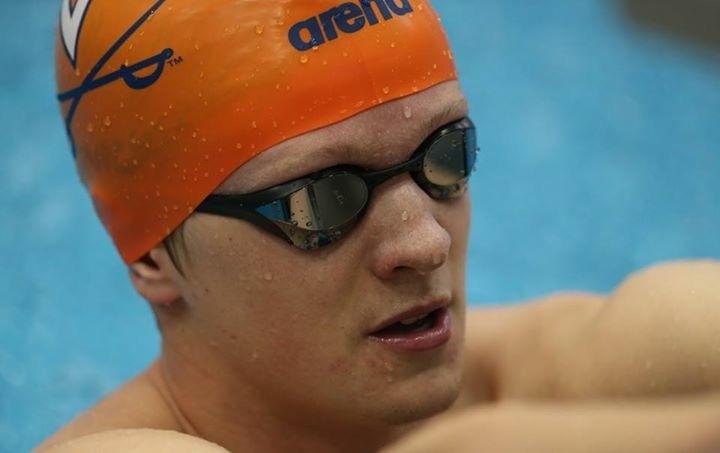 Virginia sophomore Ted Schubert was disqualified in prelims of the men’s 400 IM on Friday night at the ACC Championships, nullifying a 3:43.54 that would have qualified him for the A-Final.

Undeterred, Schubert swam the race again in the post-finals time trial session and roared his way to the best time of the night and very-nearly an ACC Championship Record.

He swam 3:39.52, which besides being his best time by almost 6 seconds, is the 4th-best time in the country this season (pending Big Ten and Pac-12 results). It also breaks the Virginia school record. The old mark coming into the day was a 3:42.03 set by Pat Mellors in 2007. That was the 2nd oldest school record on Virginia swimming’s books before Brendan Casey broke it with a 3:41.94 in the final for 3rd place.

Schubert’s prelims DQ was called for the “Lochte rule,” or for the underwater kicking on his freestyle resembling backstroke too much.

This was  Schubert’s first swim of the meet. He’s still due for the 1650 free and 200 fly on Saturday, the final day of the meet.

20 points down the drain eh?

Very nice swim, but much easier to go fast with clean, flat water around him and zero pressure.

Maybe for for a 50-100. But I can’t think of a tougher race to TT than the 4IM. That was an outstanding swim. He threw down a top-seeded swim in the morning in a full heat. I think he was handling the pressure just fine.

Wrong! True he benefited from being pissed but tough to TT a 4 IM solo. Especially knowing he has the 2 Fly/ Mile double tomorrow.
Probably the most amazing swim event I have ever witnessed.

I can’t trash this comment enough with one down vote. This kid had a lot of toughness to swim that long, painful event on his own. This was an awesome swim.

The coaches got so stoked watching the splits roll in. That got me kind of fired up just watching! The dude who rips his shirt off during final 100 cracked me up.
That swim will give momentum to the entir team for the final day.

This was awesome to watch. Coach Tyler and team looked super pumped on the sidelines. Congrats Teddy on the gutsy swim

Wahoowa! Congrats Ted! What an example of perseverance! (although I’m sure the Hoos are missing those points)