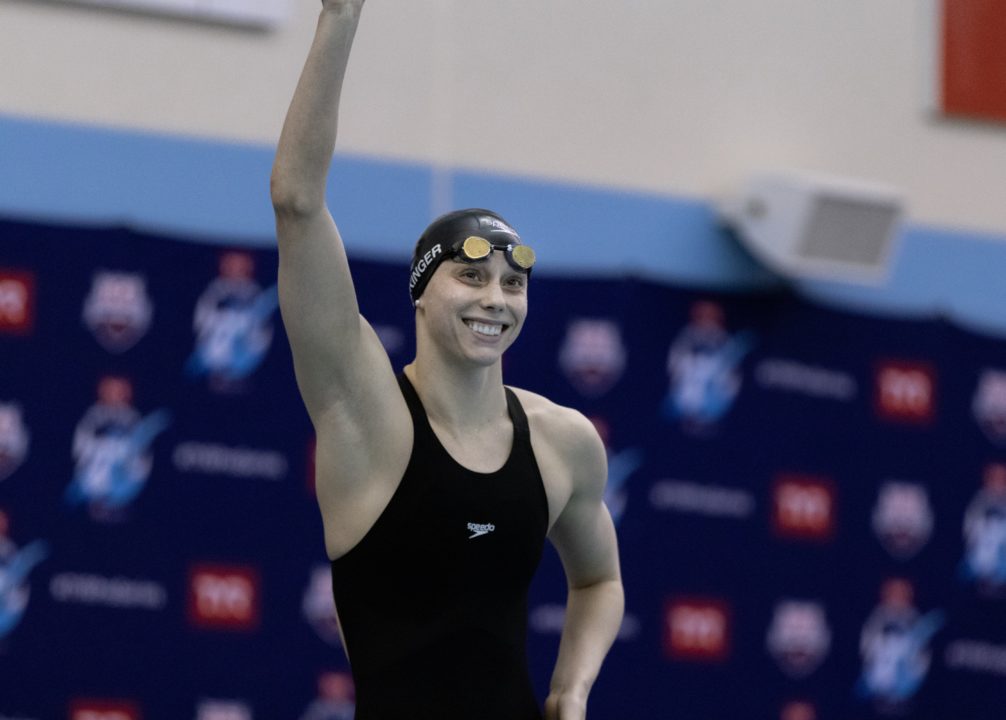 Hali Flickinger has had an incredible showing at the 2019 Atlanta Classic, despite an intense training block involving high-yardage practices and heavy weight sessions. Current photo via Allie Fogleman

After breaking the meet record this morning, Hali Flickinger has re-broken her event record with a 2:06.98. Splitting her last 50 faster than her third, Flickinger’s time remains the 3rd fastest time in the world this year.

Hali Flickinger completed an impressive double following her 200 free win, breaking her meet record of 59.14 from the heats in a time of 59.06. The time stands up as her sixth-fastest performance ever.

Erika Brown blasted a 59.56 out of the ‘B’ final, over two and a half seconds quicker than she was in the morning. Brown has only been faster three times in her career, two of those coming at Summer Nats in 2018.

wow look at those shoulders in the pic :O