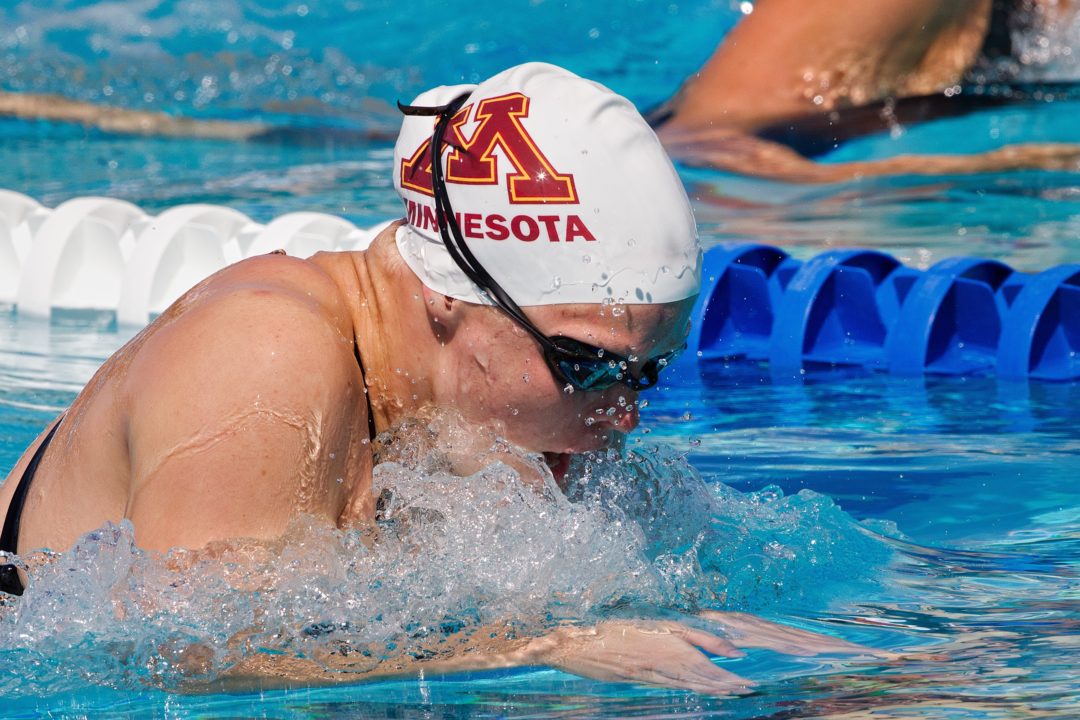 Spencer’s 2015 season started out so-so, but since then, she’s been building her speed into the heart of the long course season. After a fantastic meet at the Arena Pro Swim Series in Santa Clara, she started off very fast again in Minneapolis by winning the 200 meter breaststroke – her specialty event – in 2:28.44. That’s almost identical to what she swam in Santa Clara, and her time pattern is almost identical to 2014.

In 2014, though, she wasn’t able to drop much time at Nationals, so she’ll try and change that trend this summer.

Among other big swims, Wisconsin swimmers Brett Pinfold and Cannon Clifton had an impressive 1-2 in the men’s 100 free. Pinfold touched first in 49.99, his new lifetime best, and Clifton swam 50.02, also a lifetime best.

The American men’s sprinters has been a big concern since the 2012 Olympics, but things are starting to round out with improved depth heading toward Rio, especially with a lot of young talent pushing through the 50 second barrier. Pinfold is the 18th American to break the mark this year, tying the United States with Russia as the most in the world this year.

The women’s 100 free also had a good swim, when Katie Drabot touched in 55.07. That’s her lifetime best by half-a-second. She beat out Wisconsin undergrad Chase Kinney (56.21) and Wisconsin postgrad Ivy Martin (56.22).

It’s interesting that Ivy Martin is competing in a meet this close to Worlds.