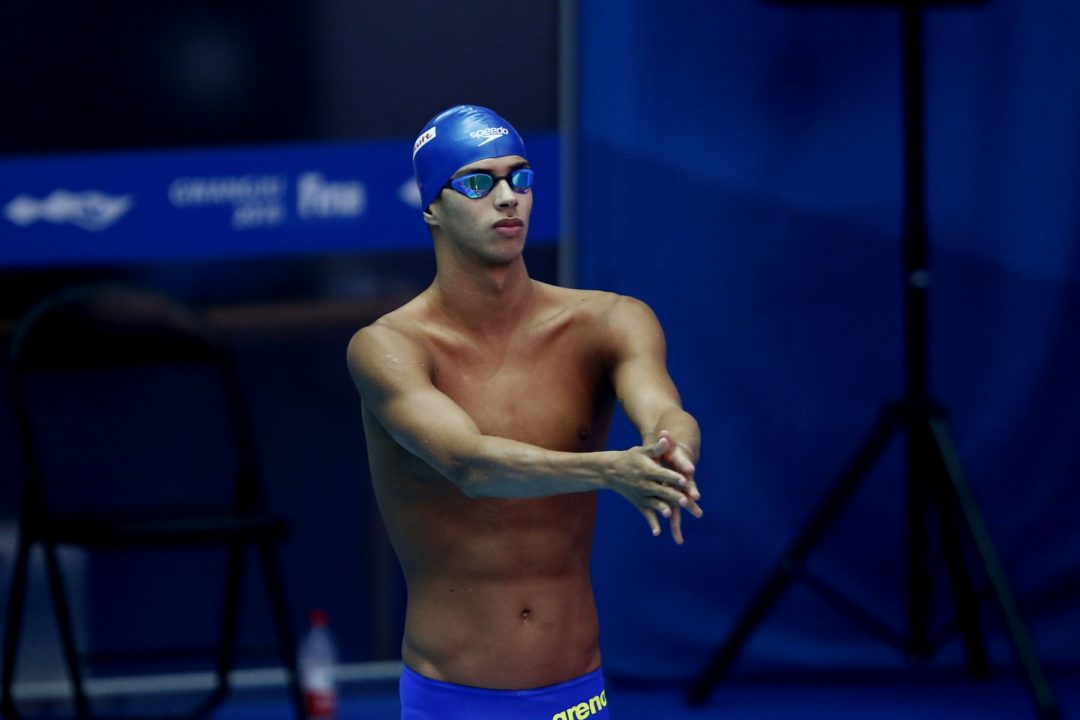 Guilherme Costa broke the South American Record in the 800 free on Wednesday, and on Thursday took more than a second off the 400 free record as well. Archive photo via Satiro Sodre/SS Press

For the 2nd-straight night, Brazilian freestyler Guilherme da Costa has broken a Brazilian and South American Record. His latest effort came in the men’s 400 free, where he swam a 3:46.57 to win the A-final on Thursday evening.

That swim smashed the old record of 3::47.99 that was set in April of this year at the Maria Lenk Trophy by Fernando Scheffer.

Costa is one of a handful of Brazilian swimmers who are racing at this meet after spending some time at an altitude training camp in Flagstaff, Arizona. In Brazil, a country best known historically for its sprinters and almost never for its distance swimmers, have begun to see a wave of talented young swimmers shift that perception. That includes Costa, Scheffer, and 15-year old Stephan Steverink, who swam a 15:26.77 in the 1500 free at the Brazilian 15-16 championships this week.