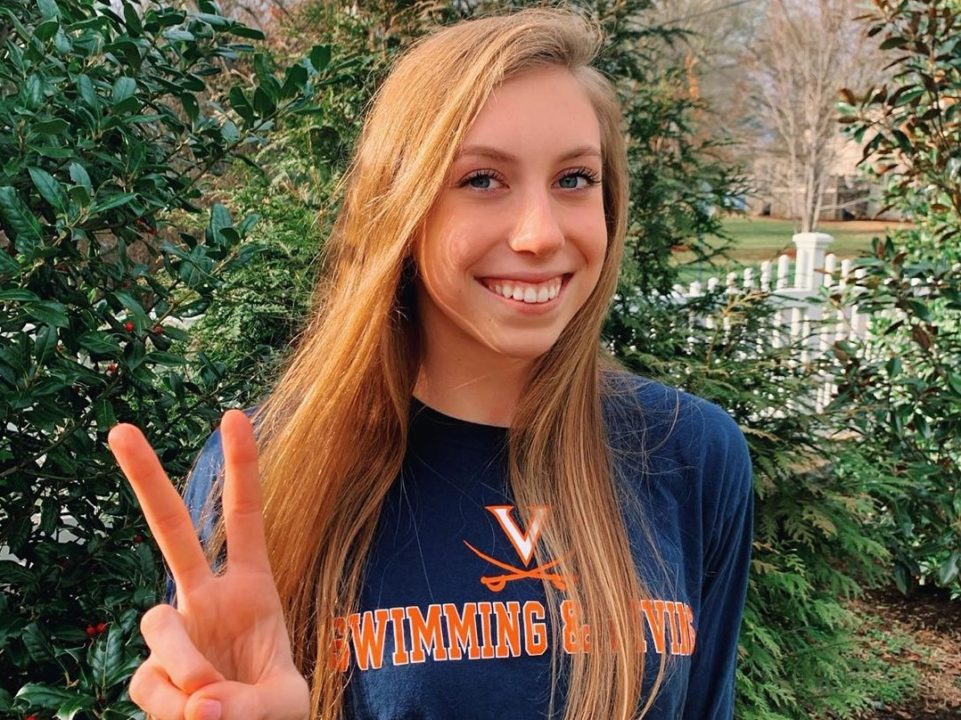 Gretchen Walsh picked up two more individual wins on Saturday at the Southeastern LSC Championships, including in her specialty the 50 free.

After picking up a win in her primary 100 breaststroke event on Friday, Olympic Trials semi-finalist Letitia Sim of TNT Swimming grabbed three more best times and added another win on Saturday at the Southeastern Swimming LSC Championships.

For Sim, a University of Michigan commit, those results show improved versatility as she looks for more scoring events at the collegiate level next fall.

Her younger sister, 15-year old Levenia Sim, also swam a best time on Saturday. Levenia, who swam the 100 backstroke at the Olympic Trials, swapped places with her sister and swam a 2:42.89 for 4th place in the 200 breaststroke – a more than 5 second improvement off her previous best time.

Also adding more wins to her tally on Saturday was Gretchen Walsh of the Nashville Aquatic Club. After winning the 50 fly and 100 back on Friday, Walsh added individual wins in the 50 back (28.60) and her specialty the 50 free (25.46) on Saturday. She finished 5th at the U.S. Olympic Trials in June in the 50 free in a time of 24.74.

After big time drops during the short course season, where he finished 2nd at the Alabama High School State Championship meet in the 200 free and 500 free, the Auburn commit has done well to carry those drops into the long course season.

Gretchen Walsh didn’t perform as expected by many swim fans at olympic trials. And I’m sure she was disappointed. I continue to think she’s the best hope for US women’s sprint to follow Simone Manuel’s footsteps in the next few years. If she wants to be the woman to beat in paris on sprint freestyle she must focus on the 50/100 free and stop dispersing with the 100 fly and the 100 back.