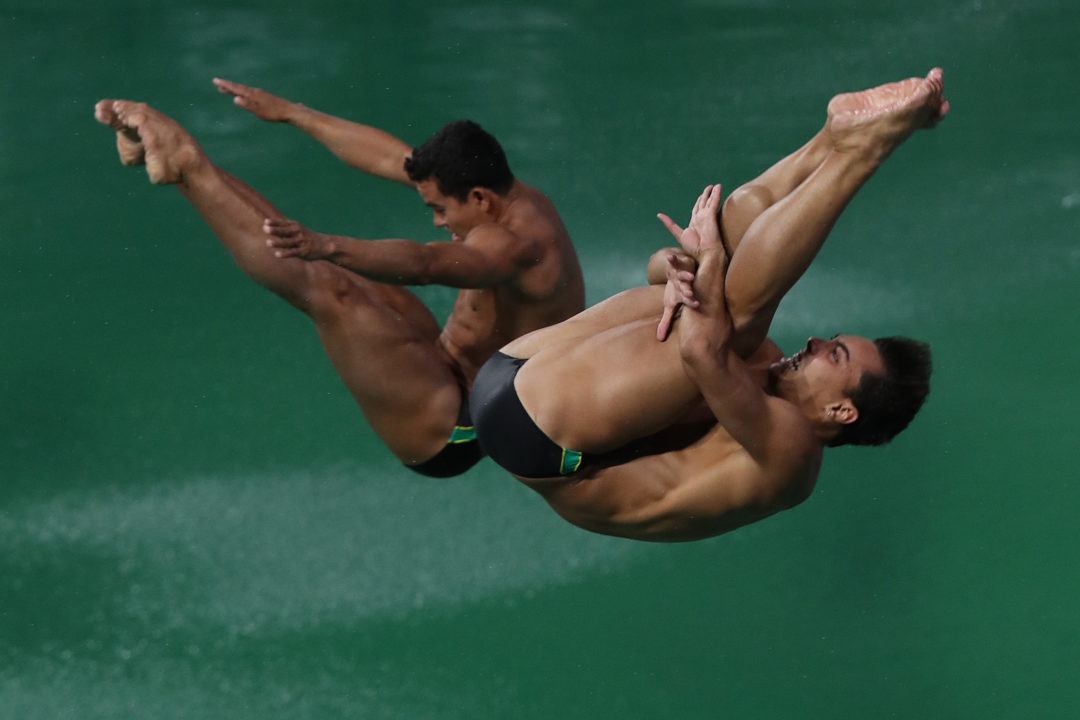 The British Olympic Diving Team has won their first-ever gold medal in a sport that has existed since the 1904 Olympics – their 3rd edition – and it didn’t involve the sport’s biggest name in that country Tom Daley.

Jack Laugher and Chris Mears topped the men’s synchronised 3m springboard event on Wednesday at the Maria Lenk Aquatics Centre, fighting off a tough challenge from the American runners-up.

After the American pair Sam Dorman and Michael Hixon took the lead in the final round with a huge dive score of 98.04, the highest of the final, Mears said they were aware of the circumstances, but stayed focused.

“I recognised that they had done a really sick dive. I knew they had really nailed it and they were quite vocal about it,” Mears said. “We just stayed in our zone and focused on sticking our dive. I did that and so did Jack, and we came out on top.”

That left the Brits needed to average about 8s on their final dive to secure the win, and that’s exactly what they did.

The British pair went-for-broke on their 5th dive executing a 5156B that has a degree of difficulty of 3.9 – making it currently the hardest dive in the world on the 3-meter synchro springboard.

The dive is a forward 2 1/2 somersaults with 3 twists, making for 1980 degrees of rotation across two axes – all accomplished in under 3 seconds from the time the divers leave the board until they hit the water. They were one of only two pairs to attempt the dive – the 7th-place Russians also did the dive, though they scored 24 fewer points than did the Brits.

“It is currently the hardest dive in the world on the 3m board and we did it well today,” Laugher said of the performance. “It can be done better, but I’ve got a gold medal so I don’t care. I’m not going to get back up there and do it again.”

The pool remained green on Wednesday, and further some some rain lingered from heavier overnight conditions, but Laugher commented that it reminded them of home.

“We enjoy it. The last few times we’ve trained here in Brazil it’s been raining and we love it. With the wind and the rain it felt like English weather out here, so we embraced it and we came out with a medal. We are really happy.”

Great Britain had won 7 prior Olympic medals in diving – 2 silvers and 5 bronze.

After the British and American pairs, China finished 3rd. One member of their team, Qin Kai, won his 5th Olympic diving medal – which ranks him 2nd all-time among male Olympic divers. China had won the 3 previous gold medals in diving at this year’s Olympics. This was the final synchro diving event of the Olympics.

Medal table after the completion of synchro events: