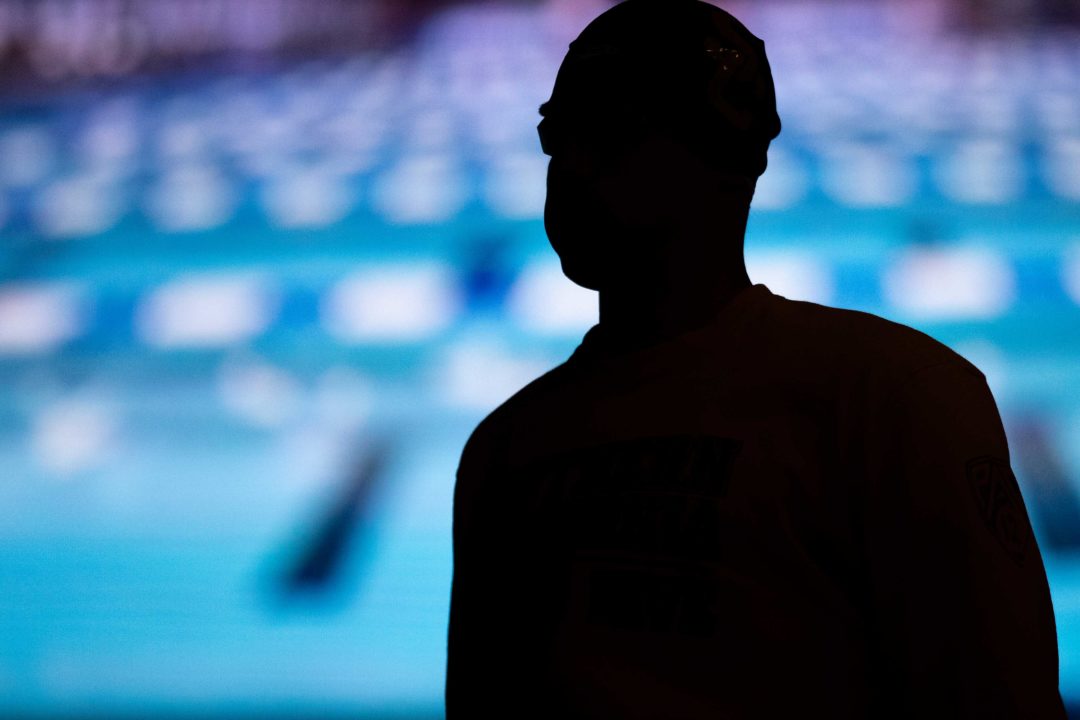 The 2020 Olympic Games are now the 2021 Olympic Games, but many questions remain about how the calendar of the next two years will be structured. Stock photo via Jack Spitser/Spitser Photography

Swimming Australia announced that the 2021 Australian Swimming Championships are now slated for April 14th-18th at the Gold Coast Aquatic Centre.

John Coates (above, left) told the AFP that he expects the Tokyo Games to go off in 2021 regardless of the global situation with coronavirus.

“My view is pretty simple in that I don’t believe anti-racist speech is political speech,” Wasserman said in the statement.

Several weeks of watching coronavirus claim most major 2020 meets has left swimming fans with more questions than answers. But asking the questions is a first step to finding answers. We’re compiling some of the most intriguing and pressing questions we’ve heard in the past two weeks, running the gamut from the Olympics to the International Swimming League.

Prior to the Olympic postponement, the International Olympic Committee (IOC) had noted that more than half of Olympic qualifying spots had already been filled across all sports. With an adjusted timeline, there are plenty of questions about those qualifications, as well as the makeup of a rescheduled Olympic Games:

With the Olympics on the move, USA Swimming has noted that Olympic Trials will be rescheduled to try to provide the best format for selection.

The Olympics moving will create a ripple effect to other major international meets down the road.

The ISL will paint a face of support for the move to postpone the Olympics, as part of their broader messaging regarding ‘support for what’s best for the athletes.’ But mechanically, this move can’t be good for year 2 of the ISL, which would have benefited from the post-Olympic bump in interest that comes every 4 years in swimming. That could still come after the 2021 Olympics, but that delays a lot of interest in the ISL. Some of the questions below were going to come up eventually, but the ISL was probably hoping that the league would have grown into an international force by the time they had to be answered – in 2021, the Olympics will still offer a far bigger financial carrot for the top swimmers.

Furthermore, if there aren’t any meets this summer, how will USA Swimming select its national team for the coming year? The funding opportunities could possibly dictate whether or not some people choose to swim for another year. Will they keep the same team? Have the option of adding people to it? Make selections based off of times swum up to this point in the year? All seem to have drawbacks

That makes more sense than anything else I’ve heard.

I’m sure the open water and marathon results will stand. You can’t celebrate someone as an qualifying Olympian and then force them to line up again. Besides, it would be adding scheduling problems.

USA Swimming should hold a national championship meet before the end of the year. Anyone who bumps their way into the top 6 times will get funding for next year.

They should extend the qualifying window for OT’s but cut the times, to reduce the number of qualifying swimmers.

Then what happens to the individuals who just made this year’s qualifying standard? You just take their trial dreams away after having already qualified?