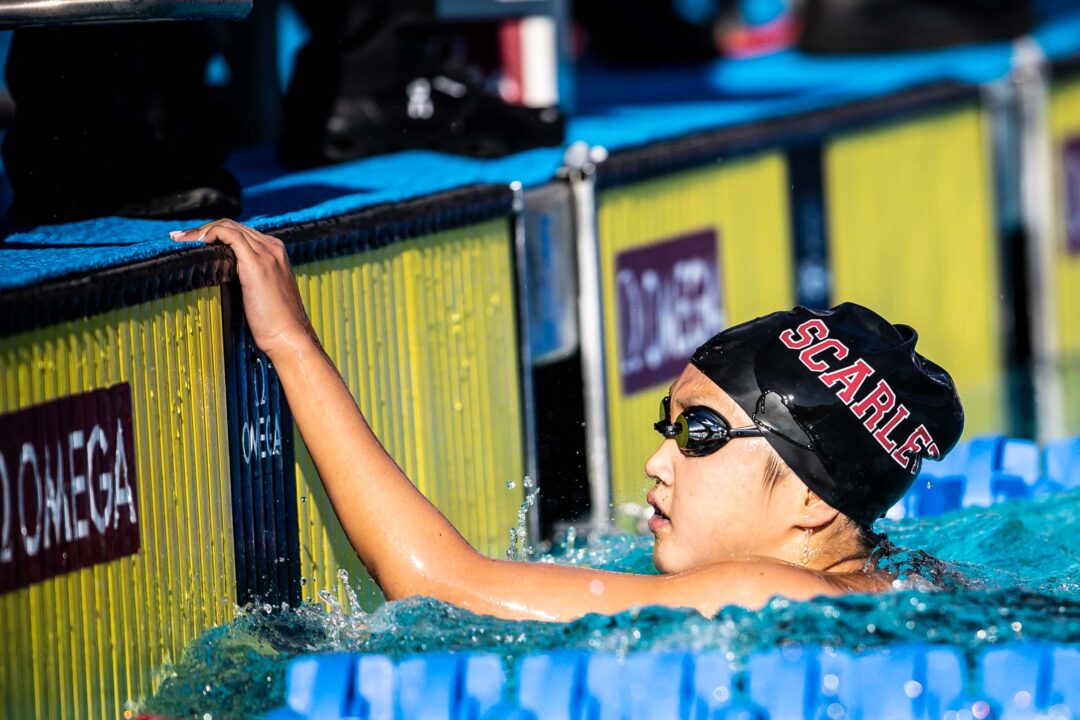 Chloe Kim, 15, Scarlet Aquatics (SCAR-NJ): Kim, who won the 400 IM at the Speedo Junior National Championships this past August, put up four personal bests at the LIAC Thanksgiving Invitational last weekend while also coming near her PBs in the medley events. Kim’s lifetime bests were highlighted by a 1:49.33 effort in the 200 free, making her the fourth-fastest 15-year-old girl in the U.S. this season. In her primary event, the 400 IM, the Scarlet Aquatics product neared her PB of 4:13.13 in 4:13.58, making her the fastest 15-year-old in the 2022-23 season by two seconds.

Alejandra Ordonez, 12, Monteverde Aquatic Club (MVAC-FL): Ordonez qualified for the FHSAA 1A state meet as a freshman for Monteverde Academy, swimming a personal best time at last weekend’s championships in the 100 freestyle to place 19th in 53.20. Ordonez, 12, finished in the same position in the 200 free (1:57.14), having set a best of 1:56.67 at the Regions Championships earlier in the month. In the 100 free, she ranks third this season among 11-12 girls, and in the 200 free she sits fifth. Shortly after the state championships wrapped up, Ordonez was back racing at the Almost Turkey Invitational in Orlando, setting new best times in the 100 back, 50 fly and 100 IM.