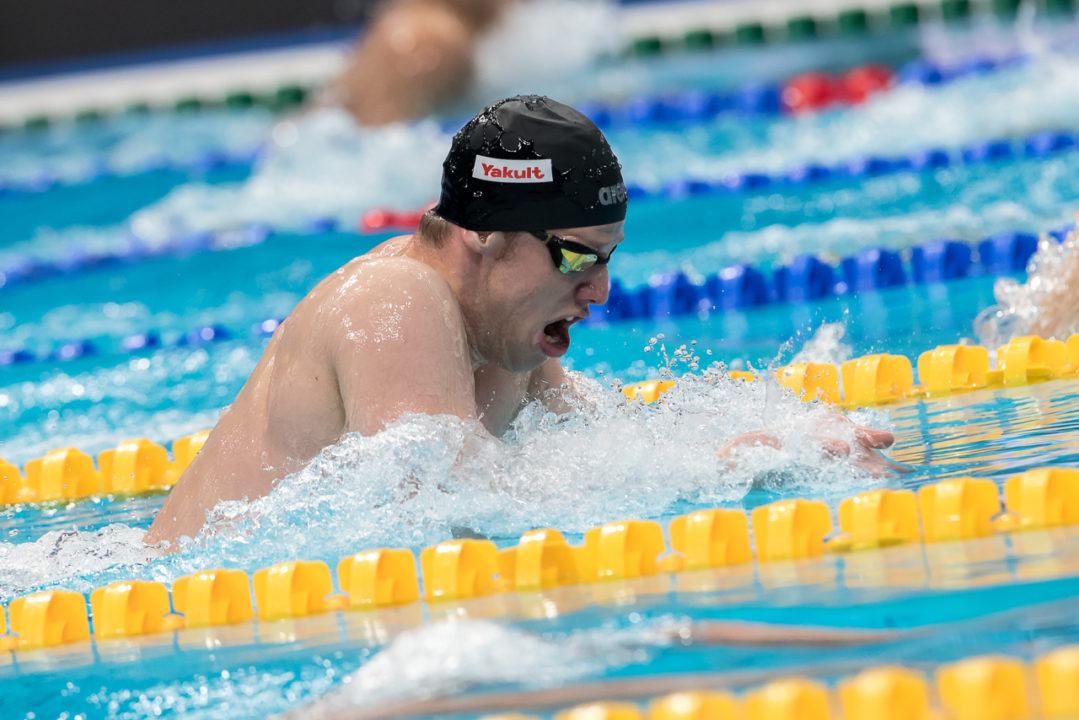 Heintz's specialty is the 200 IM, where he placed 6th at the 2016 Olympics, but in the last 2 years he's dropped a lot of time in secondary events: improving his versatility ahead of the ISL format. Archive photo via Peter Sukenik/www.petersukenik.com

As the Rome-based Aqua Centurions team in the International Swimming League (ISL) plays catchup on announcing its roster for the 2019 season, the latest announced athlete to join the team is German swimmer Philip Hientz.

Of the 6 announced swimmers on the team of Federica Pellegrini, 3 are German – likely indicative of athletes that were originally protected as part of the German OneFlow team that was originally announced for the 2019 season, but will now not compete until 2020.

The 28-year old Heintz is the German Record holder in the men’s 200 IM in both long course and short courses meters. He finished 6th in that race, his specialty event, at the 2016 Summer Olympic Games in Rio de Janeiro.

While his progress in his primary race has stagnated a little (he hasn’t been a best time in long course in almost 2 years, and in short course in almost 3 years in the 200 IM), he did drop times in other events in 2018 that will make him more versatile for the ISL format. For example, in the 400 IM, at the Stockholm Open in April, he swam a 4:14.27 (long course). His previous best time was a 4:16.91 from the 2017 edition of that meet.

Question:
If only so many athletes can participate in an individual meet, when they go to finals in LAs Vegas and win the finals, do they all split the Grand Prix or just the ones who raced there?