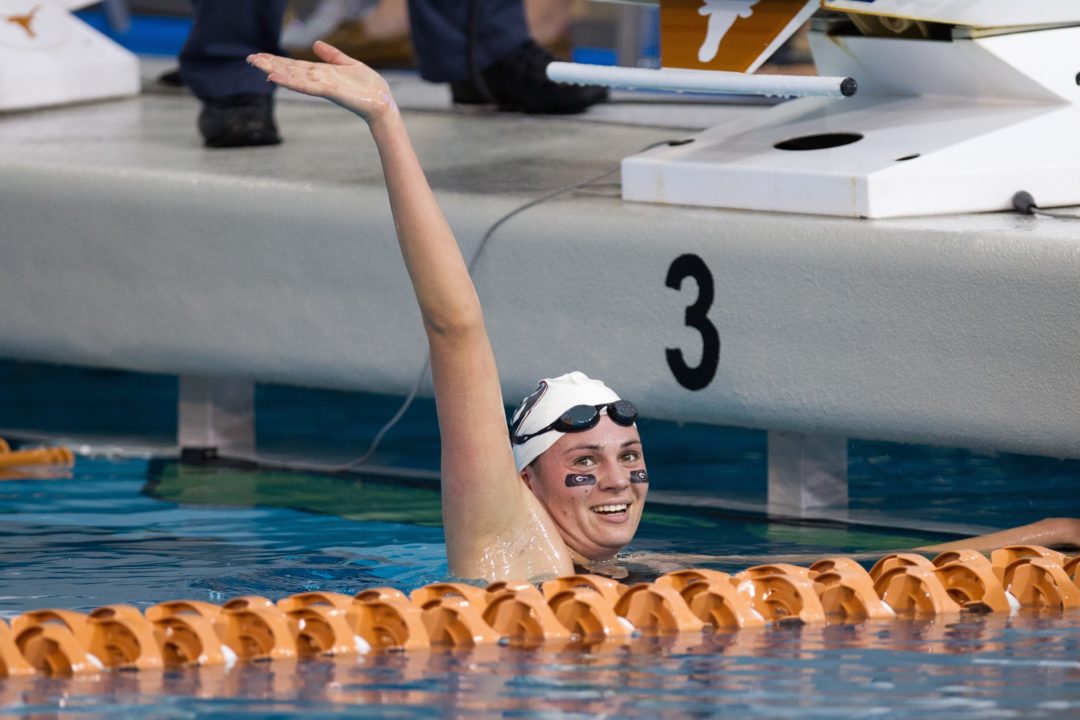 Wendy Trott, who graduated in 2012 after a hugely successful career with the Georgia Bulldogs, was recently named a recipient of Today’s Top 10 Award. The award is given annually to 10 NCAA student-athletes who have excelled both academically and athletically.

Trott is a five-time SEC Champion and three-time NCAA champion. A distance specialist, she was the first in SEC history to win the mile all four years. She’s a school record holder in the 1000 and the mile and a two time Olympian for South Africa.

The Today’s Top 10 Award winners–Trott and nine others who used up their last year of eligibility in 2011-2012–will be recognized during the NCAA Convention in Texas this January. An NCAA Honors committee comprised of administrators from various institutions and former student-athletes selects the recipients each year. Trott was the only swimmer named an honoree this year.