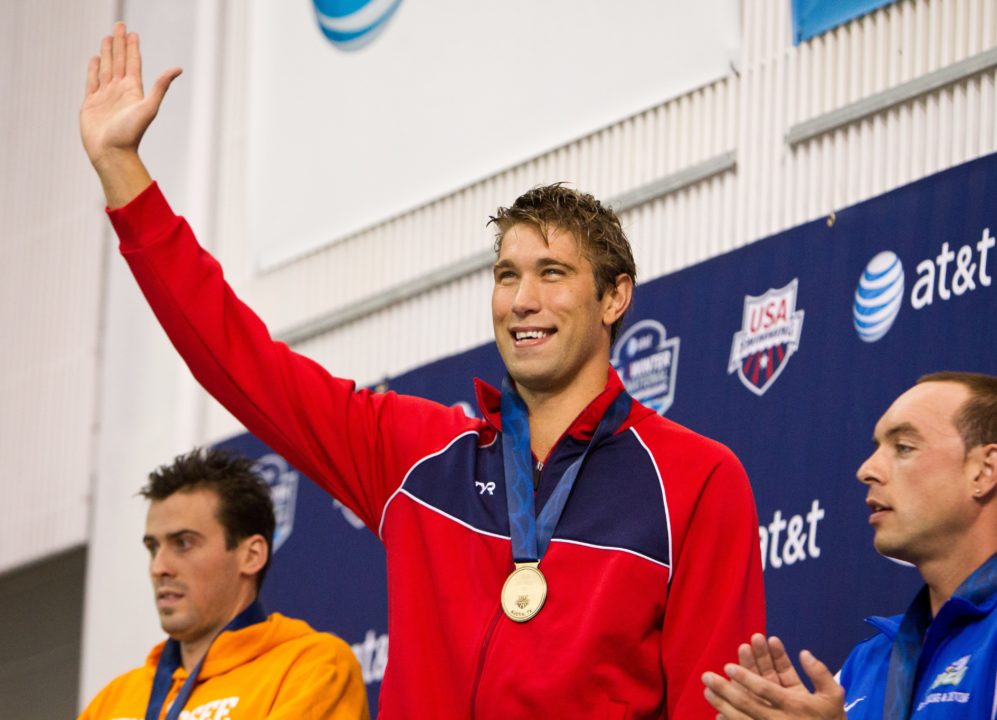 Matt Grevers set the second American record of the night Friday at AT&T Short Course Nationals. His time of 44.55 in the 100 back was just .05 faster than the previous mark, set by Ryan Lochte in 2006. Lochte, who also swam this event, finished sixth in a 46.01.

The fact that this record stood through the suit era shows just how fast a time it was and makes the swim that much more impressive. Grevers showed here that he didn’t miss a step getting back into racing shape after the Olympics and performances like these indicate that his best swimming still is very much ahead of him.

In this event, the American and US Open record were the same so Grevers got both of them. His swim came just one event after Kevin Cordes, who swims for Arizona where Grevers trains, broke the American record in the 100 breast.

Greevers is really fast this year !!! Even on freestyle he is damn fast ….great ! I saw grt swims from Davis Tarwater , Eugene Godsoe , Tom Shields and Ricky Berens . Truly amazing what happens since M Phelps has retired ….

Two American Records in one night? Way to go U of A swimmers and coaching staff.