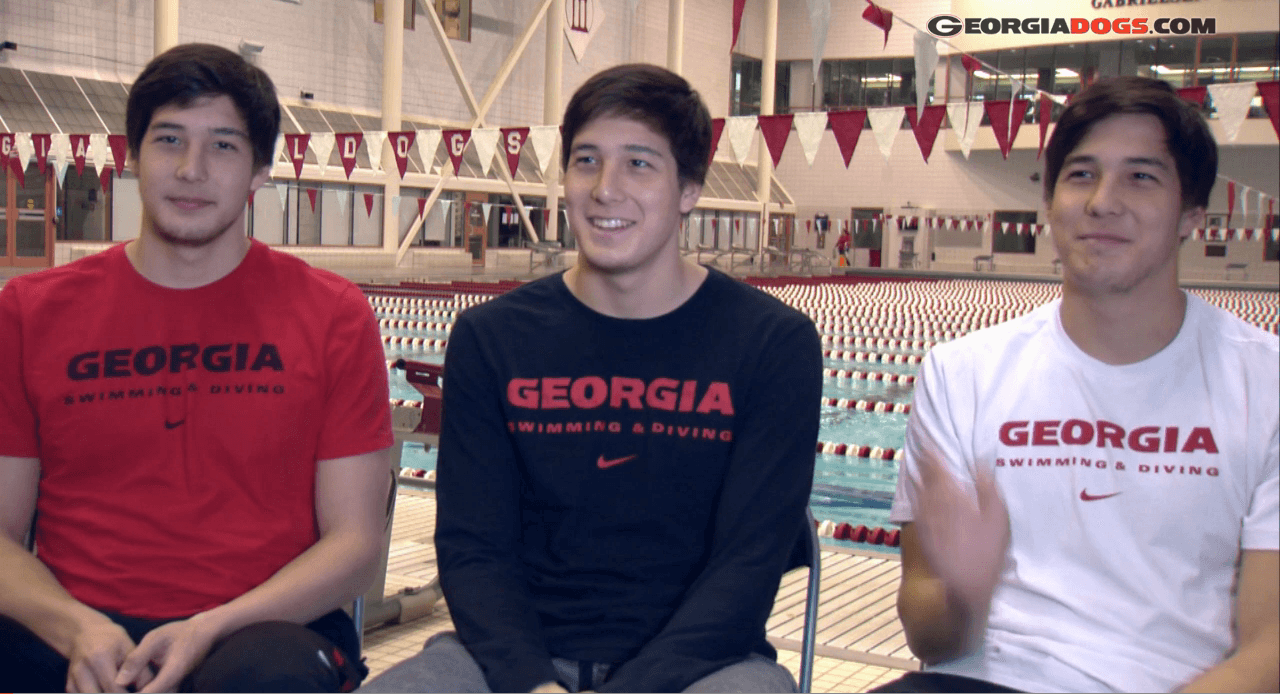 According to the University of Georgia student newspaper, The Red and Black, the Litherland triplets, Jay, Kevin, and Mick, will compete to represent two different countries on the world stage at this summer’s Olympics.

The brothers were born in Japan; their father is a New Zealand native, while their mother is Japanese. They received their American citizenship while in high school and competing for Dynamo Swim Club. The triplets’ triple citizenship puts them in a unique position where they can choose for which country’s team they will compete for a spot.

However, World University Games gold medalist Jay Litherland, who has the most extensive swimming resume of the three, is a member of USA Swimming’s National Team. Now that he has represented the U.S. nationally, he can’t represent New Zealand or Japan internationally. He will compete at U.S. Olympic Team Trials in Omaha this summer.

Kevin Litherland and Mick Litherland, according to The Red and Black, have decided to try for the New Zealand team, where the competition is much less crowded than it is in Japan. Because Swimming New Zealand will allow Olympic qualification at Canadian Olympic Trials (to allow for more convenient qualification for NCAA swimmers like the Litherlands), the duo will vie for New Zealand’s Olympic spots April 5-10 in Toronto.

In order to make New Zealand’s team in an individual event, Kevin and Mick will have to make a FINA ‘A’ cut and clock one of the top two times out of New Zealand’s swimmers at the country’s qualifying meets. Kevin less than a second off the mark in the 200 free, and Mick only needs to drop a second in the 200 fly.

Bizarre.
Looks like Jay will have the toughest time qualifying, which is weird.

I must not understand US citizenship as I thought. Birthright in two countries makes sense, but I thought if you *applied* for US Citizenship you had to renounce all other citizenships. Or is this just something where NZ can say, “nah, they’re still kiwi”

When the taxman cometh….USA takes priority no matter where a US citizen lives . So the triplets will be in line to fund the (103.4 % debt to gdp) 19trillion plus the 80 trillion in unfunded liabilities . Just when they pay them off then Japan will require a top up of their citizen funded 205% debt to GDP . NZ has only a 30% debt to GDP but currently an innocent victim of anti Russia sanctions & russian anti import from said mean sanctioneers. This has massively depressed dairy prices worldwide but there is some hope in supplying the expected baby boom in China. They just need to hook those babies onto ice cream after the formulae. No society… Read more »