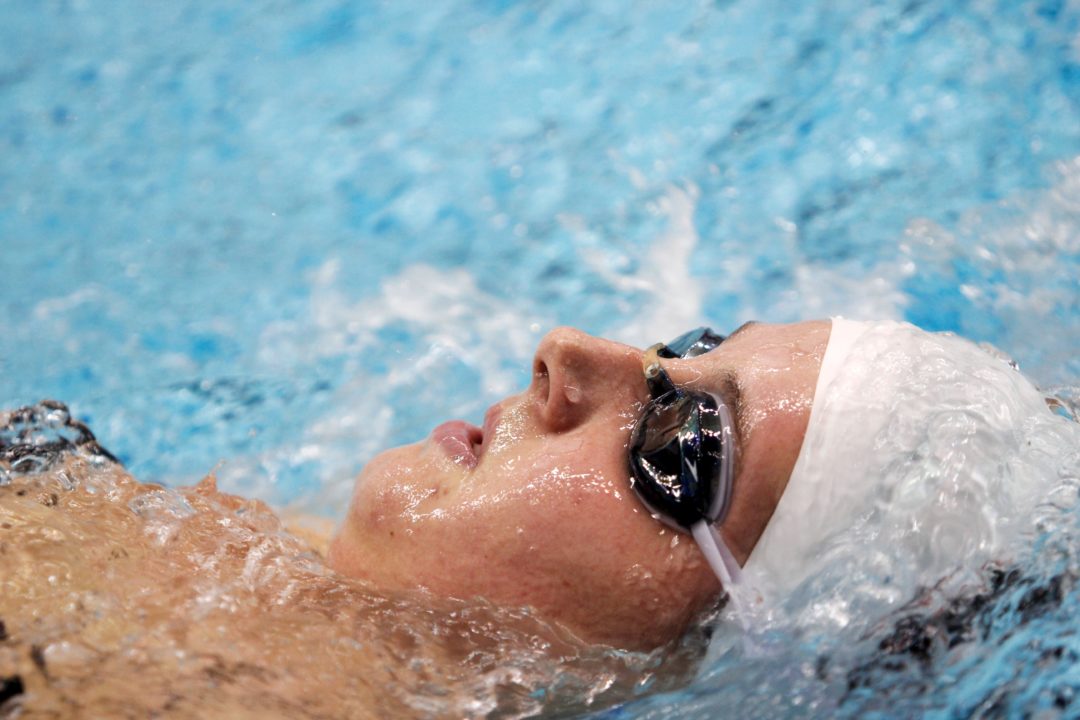 The Georgia Bulldogs cleaned up on the SEC's weekly swimming & diving awards this week, taking 5 of 6 honors. The men swept the awards despite a loss to NC State, while the women won both swimming awards. Archive photo via Shanda Crowe, shandacrowe.weebly.com

The Georgia Bulldogs cleaned up on the SEC’s weekly swimming & diving awards this week, taking 5 of 6 honors. The men swept the awards despite a loss to NC State, while the women won both swimming awards.

Chase Kalisz was named male Swimmer of the Week. The junior won four times over two meets, including triple wins Friday night against UNC. Most notable for Kalisz were his 200 fly and 200 breast wins Friday, both of which rank #1 in the nation. He was 1:43.78 in the 200 fly and 1:57.48 in the 200 breast. He also won the 400 IM that night and added the 200 IM against NC State the next day.

Other Bulldogs to be honored: Ian Forlini was named male Diver of the Week after sweeping the diving events to keep Georgia in the hunt during the wild, back-and-forth dual with NC State Saturday. Meanwhile Kevin Litherland was named the conference’s Freshman of the Week after winning the 1000 free against UNC. His 9:12.57 is currently 4th in the nation.

On the women’s side, Kylie Stewart was named Freshman of the Week. The Georgia native put up four wins between the UNC and NC State duals. Most notable was her win in the 200 back, her signature event, against UNC. Her time of 1:55.01 is 4th in the nation in one of the NCAA’s toughest events.

The lone non-Bulldog winner was Kentucky’s Christa Cabot, who picks up the female Diver of the Week award after helping the Wildcat divers sweep SEC rival Florida. In front of a home crowd, Cabot won on both 1- and 3-meter, beating last week’s SEC Diver of the Week Kahlia Warner.

Honestly, Georgia will could contend for the title this year and actually have shot. I am gonna say that they will sit fourth, not far behind Michigan Cal and Texas, going into the final day of competition. Michigan will fall off pace with the others,and Texas and Cal will not have Georgia’s B-final depth. Chase Kalisz can easily contend for the 200 fly title, their 200 breast depth is pretty crazy, along with some solid distance swimmers coming. They really only lost one key contributor to relays, Doug Reynolds, but his place on the 400 medley relay can be filled by Kalisz easily. Not sure what kind of 50 speed Kalisz has, (probably not sub 20 (fly)) but could probably… Read more »

Not to mention how much sophomore Dale Taylor could improve in the backstroke this year.