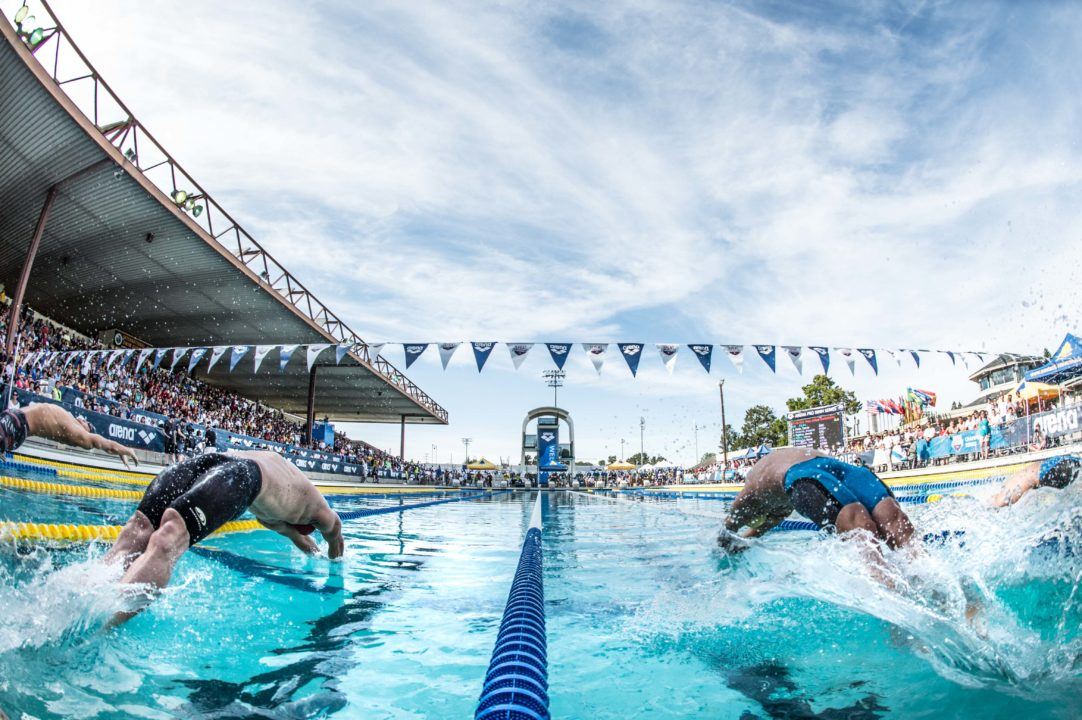 The Georgia Aquatic Hall of Fame will induct the 2017 class of honorees on Saturday, August 19 at the Atlanta... Current photo via Mike Lewis/Ola Vista Photography

Dan Laak (Diving)
Dan has been the diving coach at the University of Georgia for more than 30 years. He is a three-time National Coach of the Year and four-time Olympic coach. Read Dan’s full bio at georgiadogs.com.

Paige Wilson Penze (Swimming)
Paige grew up swimming for Athens Bulldog Swim Club in Athens before going on to swim for the University of Georgia in the early 90’s. She was a four-time national gold medalist and three-time Academic All-American while at UGA. Paige still holds two Top 10 times at UGA, in the 200 back and 200 butterfly.

Elizabeth Hill Newman (Swimming)
Elizabeth is an Atlanta-native who swam for Dynamo Swim Club and later the University of Georgia in the mid-2000s. She earned a gold medal at the 2003 Pam-Am Games in the 400 freestyle while still in high school, breaking the record from 1978.

Sabir Muhammad (Swimming)
Sabir swam for Stanford University in the late 90 where he earned seven Pac 10 titles. He also held 3 American and US Open records. At Short Course Worlds in 2000, Sabir became the first African-American swimmer to win a medal at a major international competition. Sabir currently coaches club swimming in Georgia.

Fred R. Lanoue (Posthumous Inductee)
Fred was the head swimming coach at Georgia Tech until 1965. He is also known as the developer of drownproofing, a water survival technique which was adopted by the US Navy.