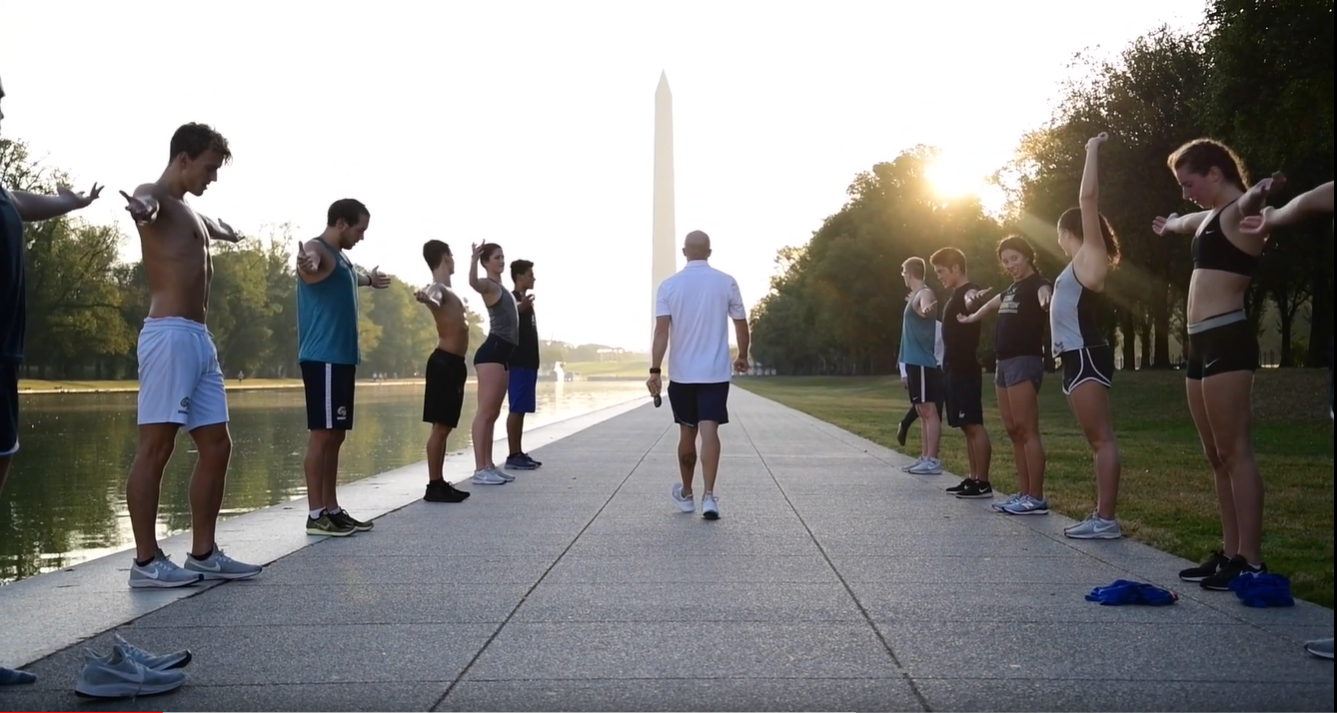 The George Washington University Colonials have their eyes on lofty goals in 2020. Substantially, the men’s team has won the last 3 Atlantic 10 Conference championships, while the women are coming off a runner-up finish at last year’s A-10 meet.

Both teams currently rank 2nd in a simulated conference championship meet based on times so far this season according to the SwimSwam Swimulator, which doesn’t account for diving (and George Washington has a defending conference champion on the men’s 3 meter on their roster).

Kyle Hrabovsky, a former 3-year member of the men’s swimming & diving team, produced the below hype video as the team prepares for winter training. It includes a voice-over by 2nd-year head coach Brian Thomas about the program’s philosophy and what they look for in a top athlete.

Pretty awesome doing that dryland on the mall