From 29 In Gwangju to Just 11 In Budapest, Germany Names Worlds Roster 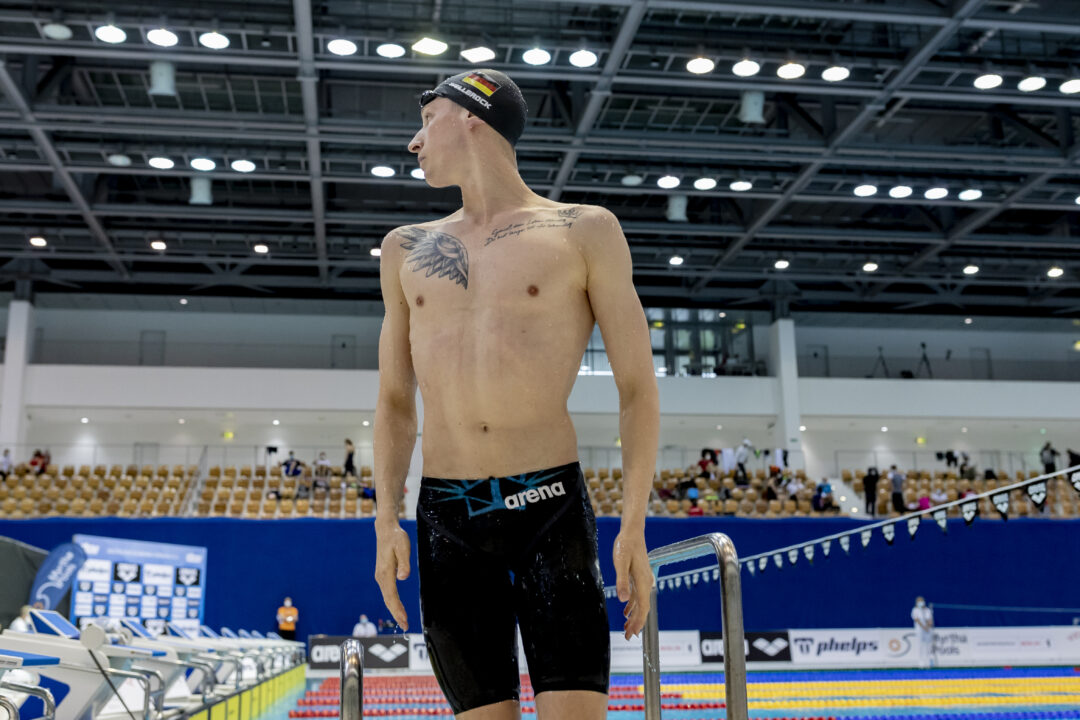 With the 2022 FINA World Aquatic Championships on the horizon, swimming federations from around the world are releasing their men’s and women’s rosters for the event slated for Budapest in late June.

You can see all released rosters for the 2022 FINA World Championships as they are released here.

The latest lineup to be revealed comes from the nation of Germany, although the announcement is not without some eyebrow-raising. That’s because just 11 swimmers will be making the trek to Hungary, a sharp drop from the stacked collection of athletes sent to Gwangju 3 years ago.

At those 2019 FINA World Championships, Germany sent a hefty 29-strong roster, with the team ultimately finishing 12th in the overall medal table with just one gold and one silver on the whole.

“Our World Championships team is a bit smaller than in previous years, but it’s no less powerful,” said German Swimming Federation sports director Christian Hansmann of this year’s roster.

“During the qualifying period, we were able to celebrate five German records and also world best times of the year. Now it should be up to Anna Elendt, Lukas Martens and Rafael Miroslaw  to take the next step and confirm these outstanding achievements on the big international stage.”

Elendt did major damage across the women’s breaststroke events this past year, both in the NCAA yards format as well as meters, while Miroslaw recently fired off a new national record in the 100m free. The Indiana Hoosier became the first-ever German to dip under the 48-second mark in the event (47.92).

As for Martens, among the 20-year-old’s recent swims was the jaw-dropping 3:41.60 400m free. That not only represented his own lifetime best and the fastest time in the world this season, but the result also checked in the swiftest performance produced worldwide in the last 5 years.

Although multi-Olympic medalist Florian Wellbrock is on the roster, his wife Sarah Wellbrock (nee Kohler) will be absent, instead focusing on her law studies while she still eyes Paris 2024.

German Roster for the 2022 World Championships

will they need semis in Bp?

Really wish you knew how to read before commenting. He was talking about the last two olympics, 2008 as far as I know was 14 years ago..

But the men did win bronze in ’96 in the 4*100 free. And they had Bengt Zikarsky in the B-final of the 50 free and Christian Tröger and Björn Zikarsky in the B-final of the 100 free. And none of them were former GDR swimmers either nor did they train with any of the dubious coaches.
So you’re right, they weren’t at the top, but there was depth in the sprint in the ’90s still.
The problem is that Germany still trains volume only. It’s like 30 years of sports science never happened there. And there is no support or even just athletic system there in acdemic institutions (high school or college) like in the U.S. or other countries.

Smallest german team ever, but ironically Germany could get its best result (in terms of medals) in more than a decade.

Do you know what happened to Koch and Shwingenschlogl (forgive me if I spell it wrong)? Why are they not going to Worlds?

Koch is completely out of shape and failed to qualify. Schwingenschlögl i dunno.

I think Schwingenschlögl just wanted to focus on other things this year (like many other german swimmers). Koch is done in my opinion.

I agree that Koch is done. The 200 is just too long at his age. He tried the thing in Graz with Dirk, who thinks he can make a sprinter out of anyone, but unsurprisingly he didn’t really improve anything.

@Retta, any updates on day 2 of the pacific swimming senior open ?

Lukas Martens could be a new (mini) Thorpey

But he is only one inch shorter

I though that the German 400 record was beiderman’s and that Martens set the 800. See here: https://swimswam.com/lukas-martens-negative-splits-741-43-800-free-for-german-record-10-all-time/

Easily same amount of medals with 11 than 29…. altho see poss. for even more…. World is going fast so every medal is very hard to get….