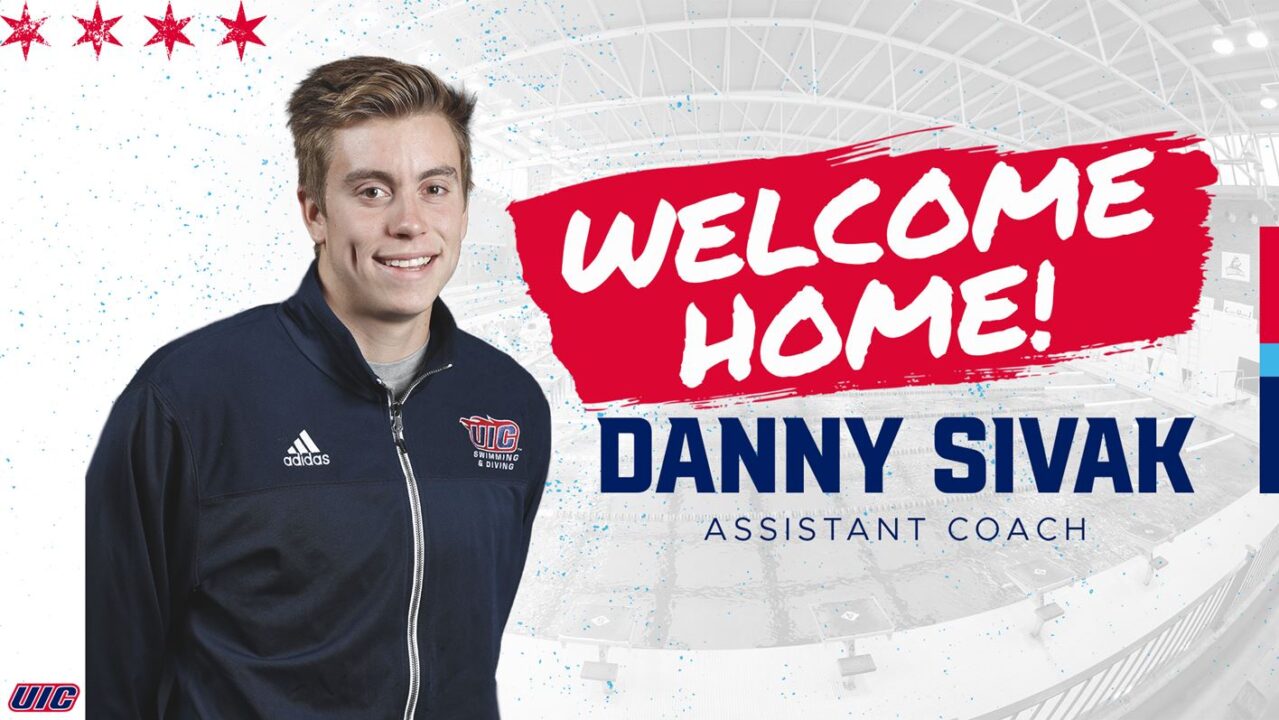 Sivak was a nine-time individual finalist at the Horizon League Championships, including two second-place finishes, during his time with UIC. Current photo via UIC Athletics

Head coach Ashley Dell announced the addition of decorated Flames swimmer Danny Sivak to her staff as an assistant coach.

“Danny’s passion, loyalty, and pride for UIC swimming and diving over the last six-plus years goes unmatched and we couldn’t be more excited for him to join us as we begin this new chapter,” Dell said. “He was an outstanding swimmer and leader for the Flames and I know he’ll make an even greater mark on the program as a coach.”

Sivak holds or shares four program records: the 100 and 200 back, the 200 IM, and the 200 medley relay. He was a nine-time individual finalist at the Horizon League Championships, including two second-place finishes. He was named UIC’s Most Valuable Swimmer as a junior, when he began a two-year stretch of dual meet domination. Over his final two years, he finished lower than third only twice in his primary events.

“I am incredibly excited to join UIC Swimming and Diving again as an assistant coach. My love and pride for this program runs deep and I want nothing more than this team to succeed both in and out of the pool,” Sivak said. “Ashley and Susan are great coaches and talented in what they do and I am extremely grateful for the opportunity to be able to coach with them. This team is full of talent and I can’t wait to get started and continue to build this amazing program!”

Sivak was named to the Horizon League All-Academic Team three times. Since his graduation in 2020, he has stayed close to the program, often volunteering at home meets and informally mentoring members of the team.

Way to go after it Sivak! Those swimmers are so lucky to have the most inspirational coach in the world!