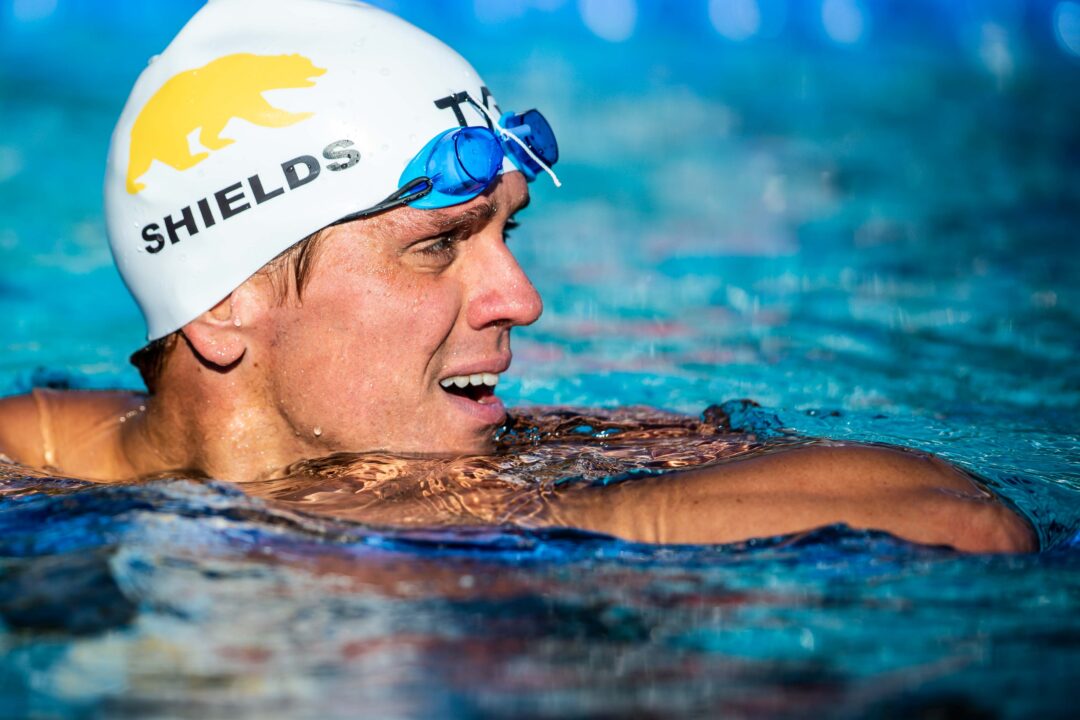 Gianna gave birth to Magnus on 5:22AM on Saturday, August 6. He weighed in at 8 pounds, 12 ounces and a length of 22.5 inches, both of which are above average for American babies.

The often-philosophical Shields posted a poetic reflection on the moment on his Instagram account on Tuesday morning.

“mom (Gianna) was nothing short of miraculous and inspiring, handling the challenge with the grace of a true angel, and he will carry her name with pride.

i don’t deserve to be so, but i am a man fulfilled. this little dude and his mom are treasures beyond measure, and i will work everyday to earn them ❤️.”

At the recent US National Championships, Shields talked about the tough journey he’s had in 2022, including preparing for the birth of his child and losing over 50 pounds after dealing with pneumonia at the end of 2021.

Shields finished 16th in the 100 fly at that National Championship meet after a 2022-best of 52.97 in prelims. He said afterward that racing again after his weight loss was more the focus than any specific performance metrics.

Shields was a member of the US Olympic Teams in both 2016 and 2021. Both years, he swam a prelims leg of the 400 medley relay that would go on to win gold medals in finals.

Shields has also become one of the top contributors to the International Swimming League and the LA Current. He was the team’s top scorer in MVP points last season and the 10th-best scorer in the league.

He has parlayed that success into a front-running position as a member of the Athletes’ Alliance Board of Directors, an athletes’ association funded by the ISL’s founder Konstantin Grigorishin, and the USA Swimming Atheltes’ Executive Committee.

As an undergrad at Cal, Shields was one of the most successful swimmers in NCAA history. He was a 7-time NCAA Champion for the Golden Bears.

Shields is also an 11-time USA Swimming National Team member and was a captain of the American team at the 2021 FINA World Championships.

His wife Gianna, formerly Tinetti, also attended Cal, where she was a member of the track & field team as a freshman. A three-sport all-league athlete in track & field, golf, and basketball in high school, she served as the head manager of the Cal’s women’s basketball team from 2011 through 2014, and later interned with the athletics department.

Besides being her husband Tom’s business manager, Tinetti also served as the official Team Manager for USA Swimming athletes at the 2017 FINA World Cup Series. She also currently works as a 1st grade teacher in the San Francisco Unified School District and as a lecturer at San Fransisco State University.

The two met in a Slavic history and language class at Cal. They were engaged in spring 2014 and got married later that year.

Congrats to one of the best guys in swimming. Lovely news.

Why do babies like to arrive at 5 in the morning?

What a strong name!

Delightful story. Very happy for the family. Magnus can swim fly legs at the 2044 Olympics! Or maybe he’ll have his own rock group then. Or be a quantum computing wizard, or best-selling cookbook author. Best wishes!

Congratulations to an icon of persistence!