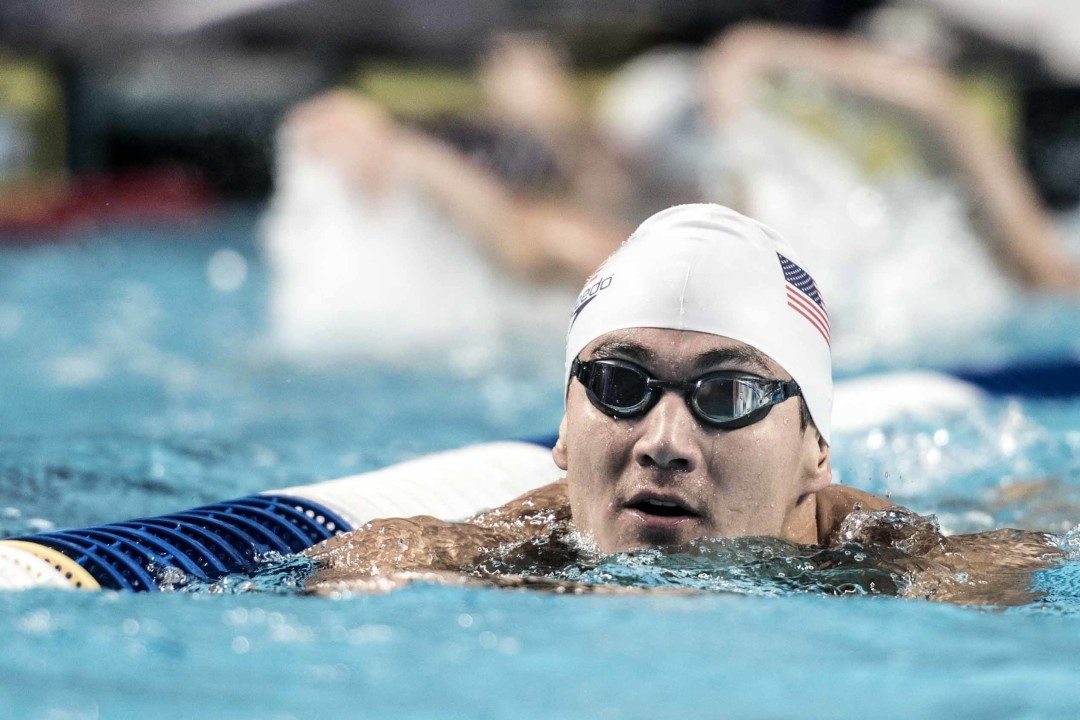 Hosszu, Sjostrom and Ledecky each put up 18 points to lead all swimmers in Austin, but Ledecky’s 16 points carrying over from the Minneapolis stop keep her atop the series standings at 34 points.

Despite not swimming in Minneapolis, Hosszu and Sjostrom are tied for second with 18 points overall, along with Missy Franklin, who earned 5 points on a silver and two bronzes in Austin.

On the men’s side, Nathan Adrian has taken the lead with a very steady effort, after winning the 50 free and 100 free at both the Minneapolis and Austin stops. His 20 points pass up early series leader Conor Dwyer, who did not compete in Austin.

Adrian leads a hard-charging Michael Phelps by a single point two meets into the six-meet tour. The race from here should be an interesting one – Phelps has more potential scoring events in his wheelhouse between the 200 IM, 100 fly and 200 fly, but hasn’t been able to win as many events as Adrian has, with big names like Ryan Lochte stacking up his top events.

Dwyer still sits third, in a tie with Chase Kalisz, who picked up 3 points in Austin.