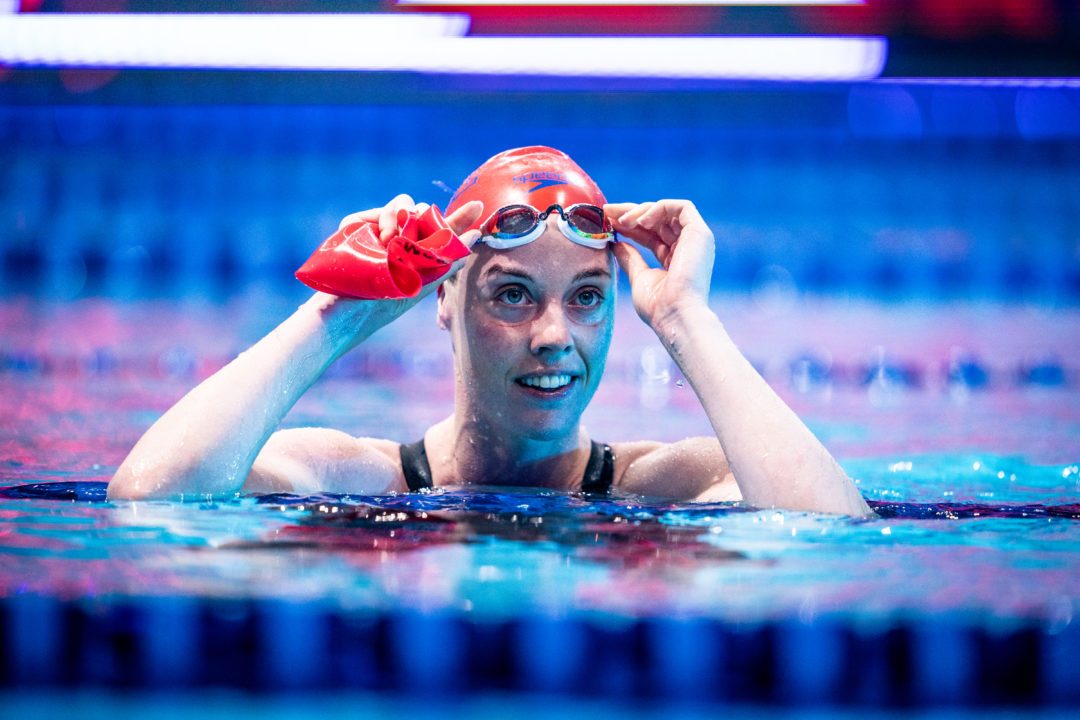 Day 1 of the 2021 Flanders Qualification Meet saw big guns Arno Kamminga, Marco Koch and Femke Heemskerk among its top tier of talent. Archive photo via Mine Kasapoglu for ISL

Among the racers from the Netherlands was Olympian Femke Heemskerk, who made a statement in the women’s 100m free.

After establishing herself as the top-seeded competitor of the morning with a heats swim of 53.99, Heemskerk fired off a winning effort of 53.76 to seal the deal in the final. Splitting 25.80/27.96, Heemskerk took the gold by over one and half seconds, entering the season’s world rankings in slot #9.

Heemskerk has already added her name to Olympic consideration in this 100m free event by way of her 6th place finish at the 2019 FINA World Championships (53.05).

Teammate Maaike de Waard got it done for gold in the women’s 50m back, topping short course World Record holder Kira Toussaint. De Waard snagged the top spot in a time of 28.06 while Toussaint was a hair behind in 28.14.

De Waard owns a lifetime best of 27.72 in this event, while Toussaint clocked a new Dutch record in 27.37 just last month in Rotterdam.

Of note, Dutch Olympic medalist Ranomi Kromowidjojo rounded out the top 3 with a time of 28.31, while Jade Smits earned a new Belgian national record with her mark of 28.69 for 4th. Smits held the previous standard at 28.77.

As expected, it was a two-man race in the 200m breaststroke, with all eyes on two-time European Short Course champion Arno Kamminga of the Netherlands and his German rival Marco Koch. Kamminga entered this meet as the top-seeded man in the world after having cinched a new Dutch national record in a massive 2:06.85 from the aforementioned Rotterdam meet.

Koch’s time ranks him just outside the top 10 performers in the world this season, although his effort easily clears the FINA ‘A’ cut of 2:10.35 needed for the postponed 2020 Olympic Games.

Kamminga later clocked the fastest time in the men’s 50m breast in 27.63.

Nyls Korstanje was near his lifetime best as the winner of the men’s 100m fly, with the Dutchman/NC State Wolfpack team member posting 52.27 for the victory. That falls just .03 outside his PB of 52.24 from Rotterdam and this race sets him up for a run at the FINA ‘A’ cut 51.96 over the qualifying period.