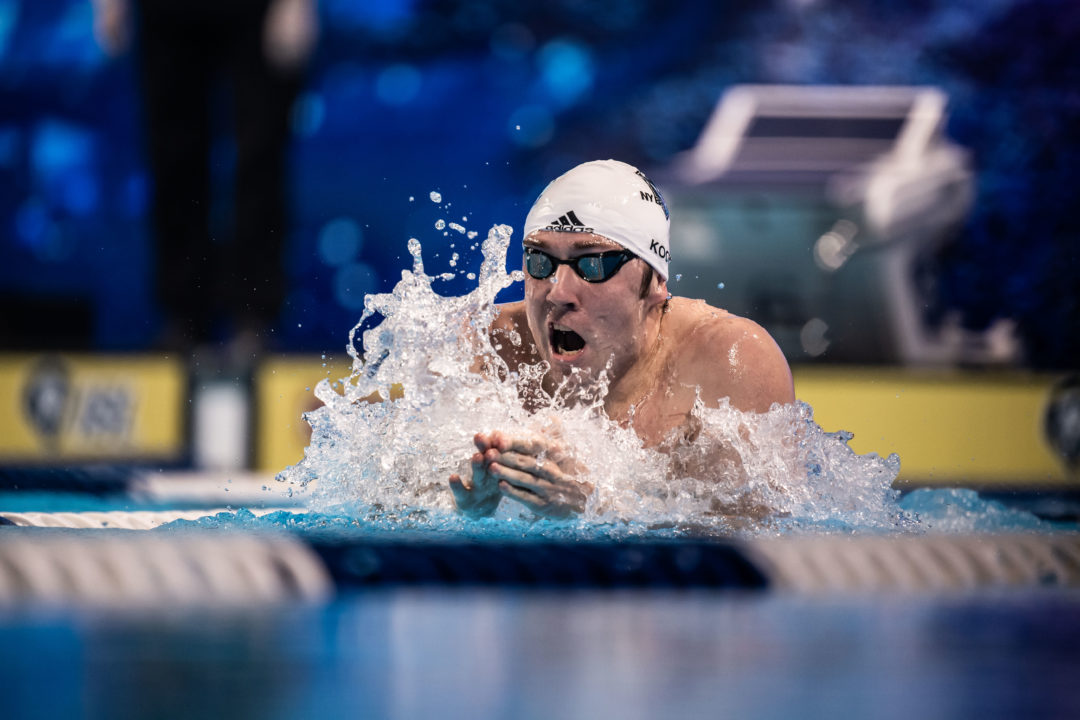 Germany's 2015 breaststroking world champion Marco Koch is set to race at the Flanders Qualification Meet where he may be pitted against Arno Kamminga. Archive photo via Mike Lewis/Ola Vista Photography

Yesterday we reported how the annual Flanders Swimming Cup has transitioned into the Flanders Qualification Meet for this 2021 calendar year.

Set for Antwerp, Belgium on Saturday, January 23rd, and Sunday, January 24th, this Flanders Qualification meet will serve as a FINA-sanctioned qualification meet for the postponed 2020 Olympic Games. The event is open for domestic swimmers able to train during the current coronavirus lockdown, as well as visiting foreign swimmers.

Although the British and Lithuanian contingents we saw last year are absent this time around, the lineup of racers includes a power pack from the Netherlands along with a sprinkling of Austrians and Germans.

Several swimmers who are currently competing at the Geneva Challenge are set to make their way to Antwerp, including Dutchman Arno Kamminga, Nyls Korstanje, Kira Toussaint, and Maaike de Waard. Fellow countrymates to the tune of Jesse Puts, Tes Schouten and Arjan Knipping are listed as entrants as well.

German national record holder Marco Koch is also among the competitors, as is Austrian Caroline Pilhatsch.

The entire start lists are linked at the top of this post.