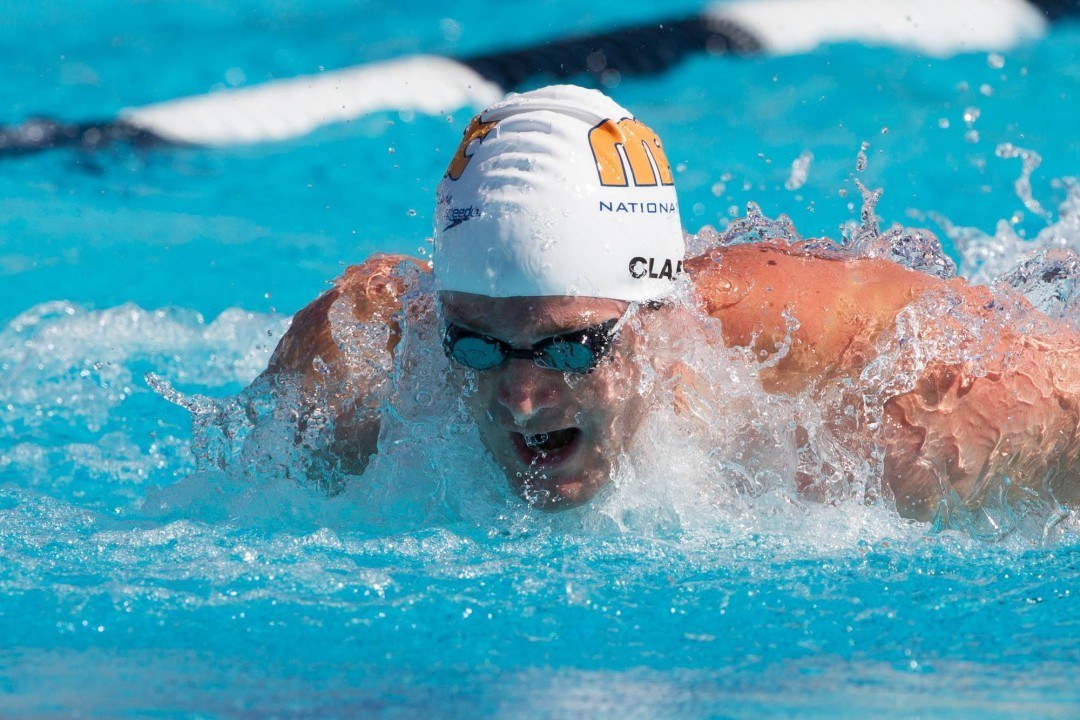 Though no A-finalists dropped out of events on Thursday afternoon, Tyler Clary (above) was one of several big-name swimmers to pull out of lower finals. Archive photo via Tim Binning/TheSwimPictures.com

There were no scratches from the A-Finals on day 1 of the 2014 Arena Pro Swim Series in Austin, Texas on Thursday.

The highest-seeded scratch came from Club Wolverine post-grad Miguel Ortiz, who was tied for 9th in the men’s 100 free prelims. That will bump Canadian swimmer Evan van Moerke from the University of Guelph in the CIS into the B-Final, and more significantly, from the “second flight” of C/D finals to the “first flight” of A/B finals.

Given how deep this meet is, however, there are some very significant names who are in lower finals who have dropped swims, including Olympic Champion Tyler Clary, who dropped the 100 fly (not a primary event for him, but not too far outside of his range either).

Below is a list of all swimmers who scratched a final on Thursday.

Its intact, not in-tact. I got dinged by an editor on this.