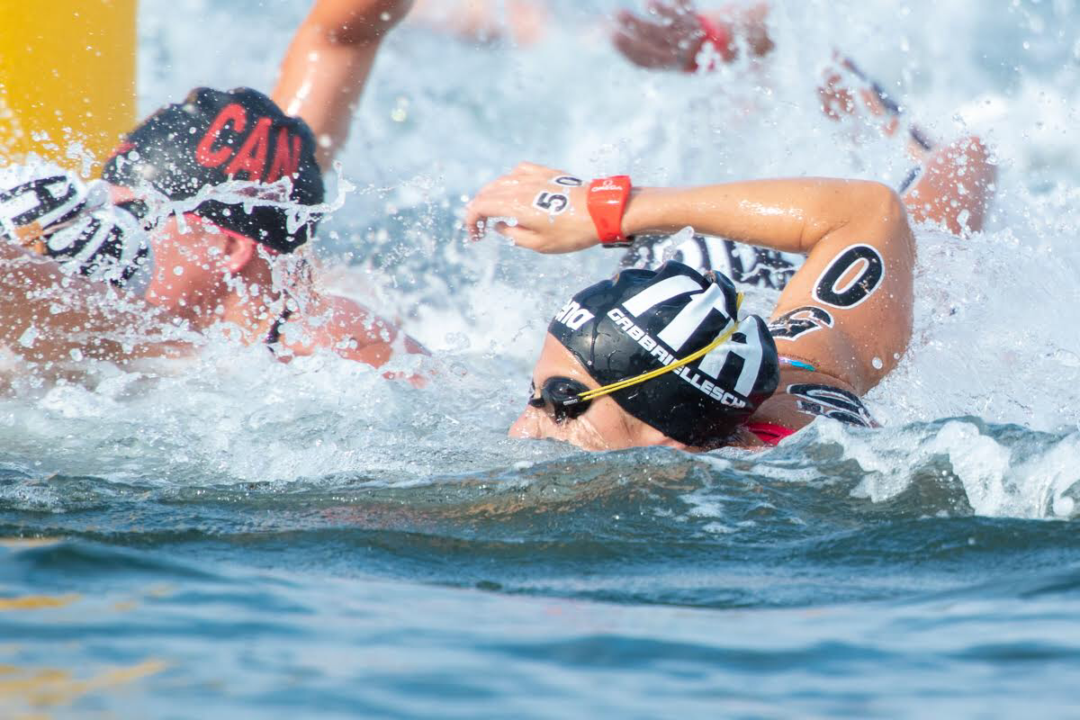 Among the cancellations are all but 1 remaining stop of the 2020 FINA Marathon Swimming World Series. Archive photo via “Rafael/Domeyko Photography”

On Monday, FINA, the international governing body for 6 aquatic disciplines, updated its list of cancellations and postponements as a result of the global coronavirus pandemic.

At the moment, it appears as though FINA is currently targeting a September or October time frame to resume international competition.

Among the sweeping cancellations, the remaining 8 stops of the Artistic Swimming World Series (synchronized swimming) have been canceled, as have 4 of the remaining 5 stops of the FINA Marathon Swimming World Series. The one remaining race in the MSWS is the stop in the Seychelles, which was originally scheduled for August 18th but will be postponed (with new dates to be confirmed). The Syechelles have only 11 confirmed cases of coronavirus so far and no deaths.

The Water Polo World League will be held in September/October. Among the 2 remaining Diving World Series dates, Kazan will be rescheduled for later this year, while London is canceled. 3 of the 4 remaining stops on the Diving Grand Prix circuit (Windsor, Kuala Lumpur, and Cairo) are being postponed, while Singapore is being canceled.

No new dates for any FINA Olympic qualifying events have been announced either.

These events are cancelled:

These events are cancelled:

The event in Victoria is postponed. New dates to be confirmed.

FINA says that they are still working on an updated date selection for the 2021 FINA World Aquatics Championships, which are forced to move given their overlap with the new dates for the 2020 Olympic Games.

The biannual event was scheduled from July 16th to August 1st, 2021, which now conflicts with the dates that the International Olympic Committee will use to host the 2020 Olympic Games: July 23rd to August 8th, 2021. The IOC was forced to move the Olympic Games as the result of the global coronavirus pandemic that has now surpassed 1.3 million confirmed infections and almost 74,000 deaths

A survey sent to international-caliber athletes proposes 4 possible makeup dates for the event:

“Following the postponement of the 2020 Tokyo Olympic Games to the summer of 2021, FINA is currently reviewing the dates of its 2021 FINA World Championships and FINA World Masters Championships in Fukuoka (JPN). We will update this page with the revised dates for both competitions as soon as a final decision has been taken”

The update made no mention of the 2020 World Short Course Swimming Championships, which have been awarded to Abu Dhabi, UAE and are scheduled for December 15th-20th.

Any word on 18&u international meets?

What about world JRs?

What about the FINA ultramarathon? Macedonian, Croatia, Capri-Napoli, Santa Fe and Rosario?