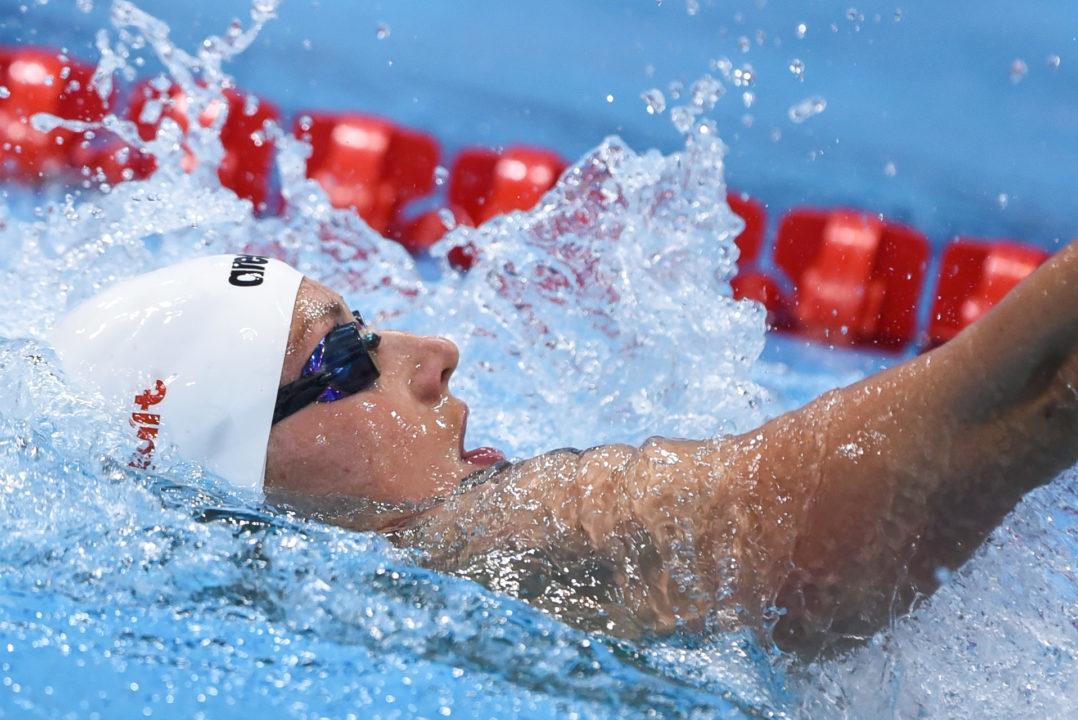 Hungarian Katinka Hosszu won her second Olympic gold medal in the women's 100 backstroke on the first of two nights where she will be swimming multiple events... Current photo via Peter Sukenik/www.petersukenik.com

There was one Olympic record and four national records set by European swimmers on the second day of competition. There were two more medals won by Europeans:

Hungarian Katinka Hosszu has earned the nickname of ‘Iron Lady’. Since 2012 no swimmer has raced more than Hosszu and the schedule she has taken on at several competitions has been exhausting just to look at never mind perform. Some have questioned why she raced as much as she did, but neither her or her coach Shane Tusup have wavered when it comes to the design of her training plan.

Today is one of those days that shows why they have structured her training and racing they way they have. In the morning Hosszu posted a time of 2:07.45 to qualify for the semi-finals in the 200 IM in a new Olympic record time, which is also the eighth fastest time ever swum. She returned to the pool tonight to race in the final of the 100 backstroke and the semi-finals of the 200 IM.

She started out the evening by winning the 100 backstroke in a time of 58.45, breaking her own Hungarian record of 58.78, which she set last summer in Kazan. She then swam the semi-final of the 200 IM. She was not able to match her Olympic record time, but did put up the second fastest time of 2:08.13.

Because of the amount of racing she has done over the last four years the ‘Iron Lady’ is battle tested and was up for the challenge on Monday night. Although this evening had its challenges tomorrow night her metal will be tested once again as she will have to go up against Siobhan-Marie O’Connor of Great Britain in the 200 IM after racing the semi-finals of the 200 butterfly.