Erika Brown And Alec Connolly Tie The Knot In Knoxville 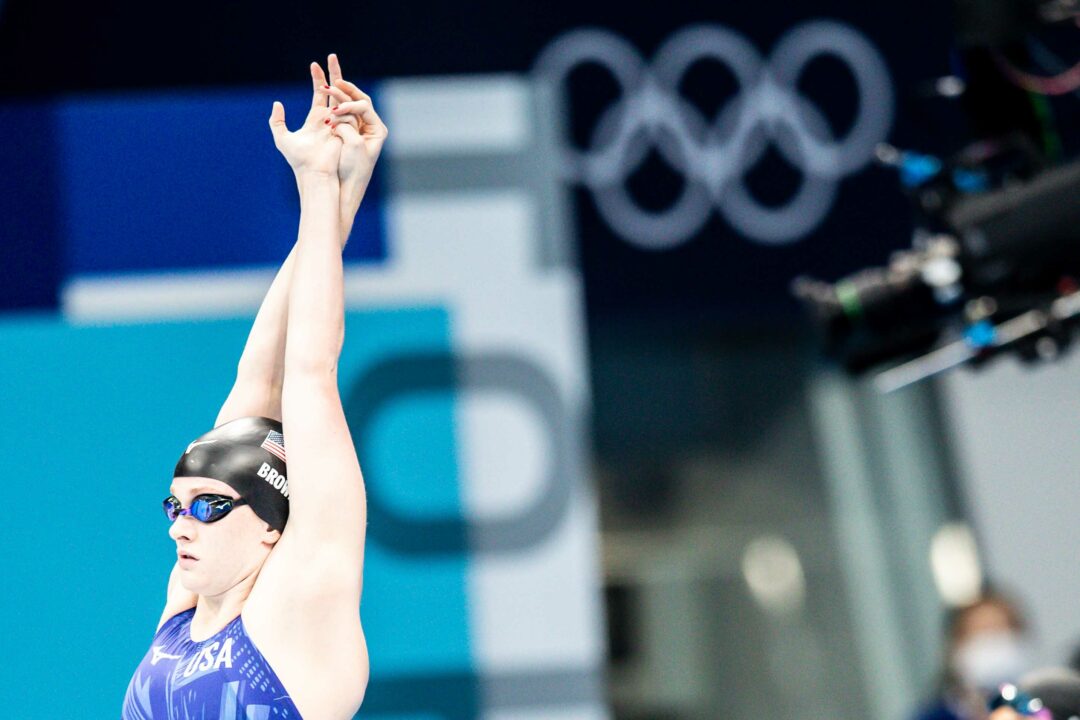 Olympian and world record-holder Erika Brown shared photos on Instagram of her and her husband Alec Connolly‘s wedding. The couple got engaged a little over a year ago in Cancun, Mexico. “Officially Mr. & Mrs. Connolly!!” she wrote in her post. “Saturday could not have been more perfect. Alec and I are so grateful to our friends and family for coming out to celebrate with us! More photos to come.”

Several of Erika’s training partners and friends shared posts on Instagram from the wedding.

The Connollys both swam at the University of Tennessee from 2016 until 2020 and were in the same year during their time as Volunteers. Both of them landed on multiple SEC podiums (Alec – 4, Erika – 23), while Erika went on to collect a total of 5 NCAA medals throughout her career.

Following her collegiate career, Brown transitioned to professional swimming a joined the Cali Condors in 2020 for the second season of the International Swimming League. During the 2020 season, she was a member of the short course world record-breaking 4×100 medley relay along with Olivia Smoliga, Lilly King, and Kelsi Dahlia. Brown swam a 51.73 freestyle leg on the relay to bring her team to a 3:44.52 WR.

At the tail end of her first season as a professional athlete, Brown qualified for the US Olympic team in the 100 freestyle when she hit a 53.59 to place second in the event at US Trials. She went on to place 13th at the Olympics in the 100 free with a 53.58 in the semi-final following a 53.87 during heats. She also swam as a finals swimmer on the women’s 4×100 freestyle and a prelims swimmer in the 4×100 medley, earning a bronze and silver medal, respectively.

Brown is set to race for the USA this summer at the 2022 World Championships in Budapest, having qualified to race the 50 freestyle individually and the 4×100 freestyle relay. Following her wedding, Brown made the trip to Croatia in order to join Team USA at training camp before they head to Budapest for Worlds.