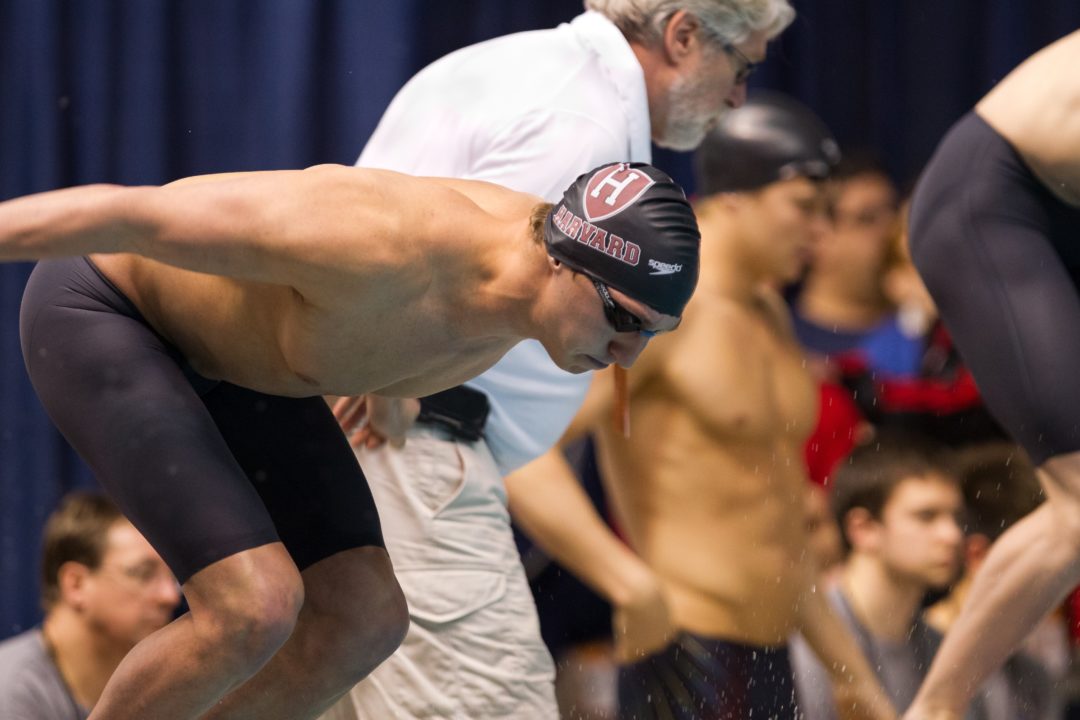 Coach Tim Murphy, from the video above, is a legend, loved and respected by coaches and swimmers across the country. If you don’t know Tim, you simply don’t know the sport.

Ok…that last statement might’ve sounded a bit bold, but it’s as true as they come in the coaching world. Tim is, and has been, central to the sport’s movement forward for nearly thirty-three years.

Most people would cite Tim accolades at Harvard, his 113-11 career dual-meet record, his six Ivy League Championship titles, or that he’s the current vice president of the American Swimming Coaches Association Board of Directors and a ten-year recipient of the American Coaches Association Certificate of Excellence. Of course, they’d add that small honor of being named the Head Olympic Coach for the men’s open water team this summer in London, shepherding his star, Alex Meyer, the first swimmer to make the 2012 Olympic Team. Most people would lead with all of that, so I have to. It’s impressive!

However, Tim was influential in the sport long before the accolades above, heading up the Wilton Y Wahoos, a dynasty in the age group ranks. For thirteen years he lead the Wahoos, and for seven of those years they were YMCA National Champions. I was at six of those epic competitions in Fort Lauderdale, Florida. I knew who Coach Murphy was because other coaches watched his every move, hoping to glean some measure of edge and/or wisdom from his abilities.

The greatest coaches have textured careers, working with age groupers before they move on to the college ranks and/or elite level. They develop their patience and craft over decades of service. The very best ones are creative teachers, always looking for new ways to improve their swimmers’ abilities. Tim is among the best, the top 1%.

Hearing Tim explain how his uses Harvard’s Endless Pool adds a new dimension of understanding. He obviously challenges his swimmers with precise workouts, training 50 meters, 25 yards, 15 meters in the diving well, and with stationary work in the Endless Pool. Using this high-end aquatic-machine to work on swimmer’s alignment, their ability to create speed and maintain speed has him excited about even greater possibilities as a swim coach and a teacher.

Hearing that Alex Meyer used the Endless Pool to rehabilitate himself after suffering a broken collarbone simply makes sense. With injuries, a controlled, closely regulated environment is key to heal and not harm an injury during that curial time when an athlete must stay in-touch with the water.

Congrats on your success Tim, and please keep the videos coming. Let us know how you continue to evolve your teaching and training with Endless Pools.

WIN AN ENDLESS POOL by helping Endless Pools in their partnership with Swim Across America.

Look at all that wake and white water at the top there. You can see the swimmer being forced to either lift or lower his head to compensate, and it seems that the swimmers breath is being forced forward a little bit. It would be nice if they could create a system with a bit more smooth water flow so that you could do less turbulent technique work.

I’ve tried the Endless Pool several times at Triathlon events and found the current was pretty smooth. Unlike swimming in a still pool, you are forced to hold a pace and any inefficiencies in your stroke are exposed with the oncoming current.

Is that swimmer Chris Satterthwaite, Harvard school record holder and winner of the Phil Moriarty Ivy League Swimmer of the Meet award? His stroke looks good.