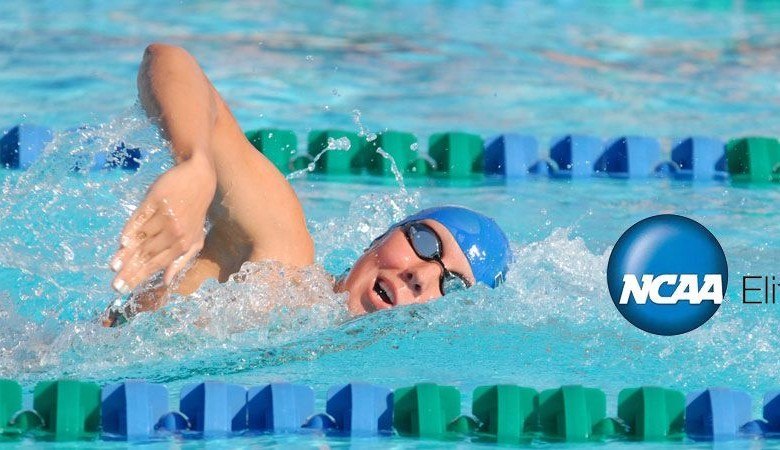 Emma Svensson has been promoted to assistant coach at Florida State. Archive photo via NCAA

Florida State swimming & diving head coach Neal Studd has announced the promotion of Emma Svensson to assistant coach on Thursday. Svensson previously served as a graduate assistant for the past two seasons, and will take on duties such as assisting with all groups, day-to-day operations and recruiting.

Prior to her coaching career, Svensson swam under Studd at Florida Gulf Coast from 2011-2015. A four-time NCAA qualifier, Svensson scored the Eagles’ first NCAA points in 2014 when she placed 12th in the 50 free. In 2015 she equalled that performance and led the team to their first ever championship final, as they placed 8th in the 200 free relay.

“I am very excited to be part of the Seminole family and help our student-athletes develop in this new role,” Svensson said. “Florida State has fantastic academic standards and an athletic department with all of the resources to help our team succeed at the highest level.”

“I am extremely excited Emma is joining our staff,” FSU head coach Neal Studd said. “She has an outstanding knowledge of the sport. She understands what is required to be successful at the very top level. As one of my former swimmers and as a graduate assistant for the past two years, she has a unique perspective of what I want and expect from an assistant coach.”

As a three-time Coastal Collegiate Sports Association (CCSA) and FGCU record holder, Svensson was twice named the CCSA Women’s Outstanding Performer of the Meet in both 2013 and 2015. She also won CCSA Swimmer of the Year in 2013, and led the Eagles to four consecutive CCSA titles.

Along with her accomplishments in the pool, Svensson excelled academically as well. She won the NCAA Elite 89 award in 2013, awarded to the student-athlete with the highest GPA at the NCAA Championships. She also won CCSA Scholar-Athlete of the Year and the Eagle Scholar-Athlete Award in 2015.

“Her intelligence and personality is sure to have a massive impact on our program,” Studd said. “I could not be prouder and more excited to add such an incredible talent and person to our exceptional staff here at Florida State.”

“It was great to see a turnaround last season with the leadership of Coach Studd,” Svensson said. “Having had him for a coach at FGCU, he has taught me more in life than anyone else. I believe in the program he’s building and I am ready to assist in any way that I can to help us move forward.”

Svensson, who hails from Uppsala, Sweden, graduated from FGCU in 2015 where she majored in business economics. She has recently completed her master’s degree this spring at Florida State in financial mathematics.

Who is Emma replacing? Congrats!

Probably Tiffany Clay, she is not listed as a coach any more.