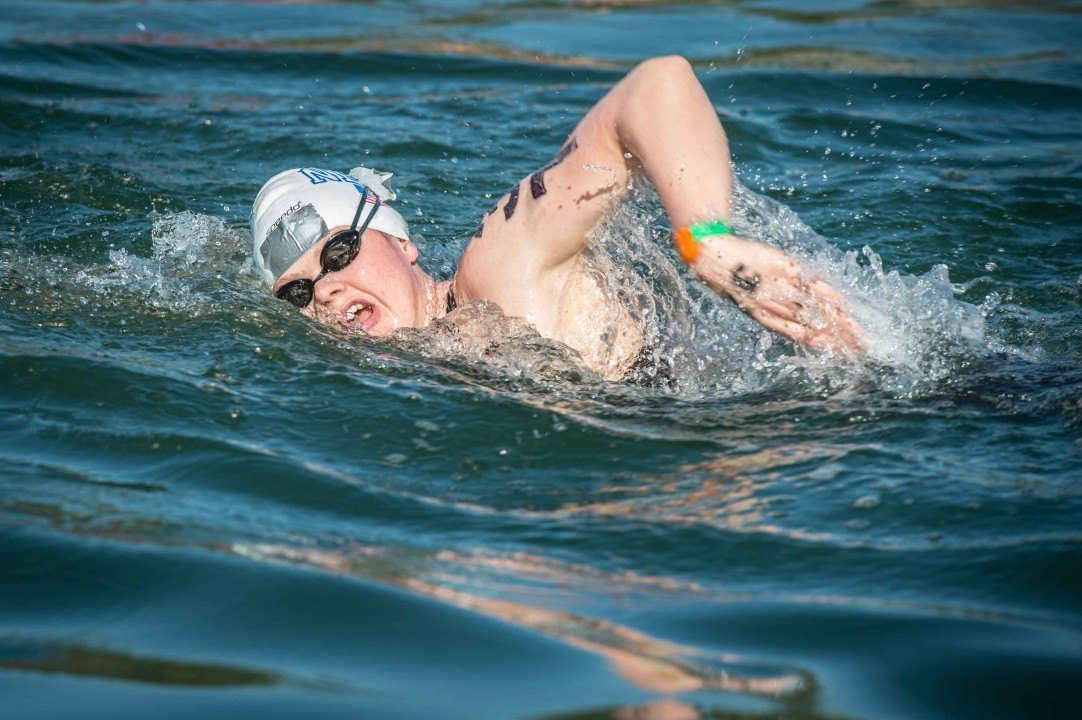 Becca Mann will be one of four Americans competing in the 10k Open Water event at the World University Games in August. Archive photo via Mike Lewis/Ola Vista Photography

USA Swimming has announced their open water roster for the 2017 World University Games in Taipei, with two male and two female athletes set to compete in the 10k event. The open water events are set to take place on August 27th in the New Taipei City Breeze Canal.

The team was selected based off results from Open Water Nationals in May, held in Castaic Lake. In the 10k specifically, Heron and Abbott finished 11th and 12th in the men’s race, while Mann and Campbell were 5th and 11th respectively in the women’s.

Prior to this competition both Heron and Mann will represent the U.S. at the World Championships in Budapest, with Heron racing the men’s 5k and Mann the women’s 25k. The open water events are set to take place from July 15th-22nd in Lake Balaton.

Tyler Fenwick, who coaches both Heron and Abbott at the University of Tennessee, will lead the team as head coach. Ashley Marshall (ATC) and Laurel Liberty (Team Manager) will also be on staff.