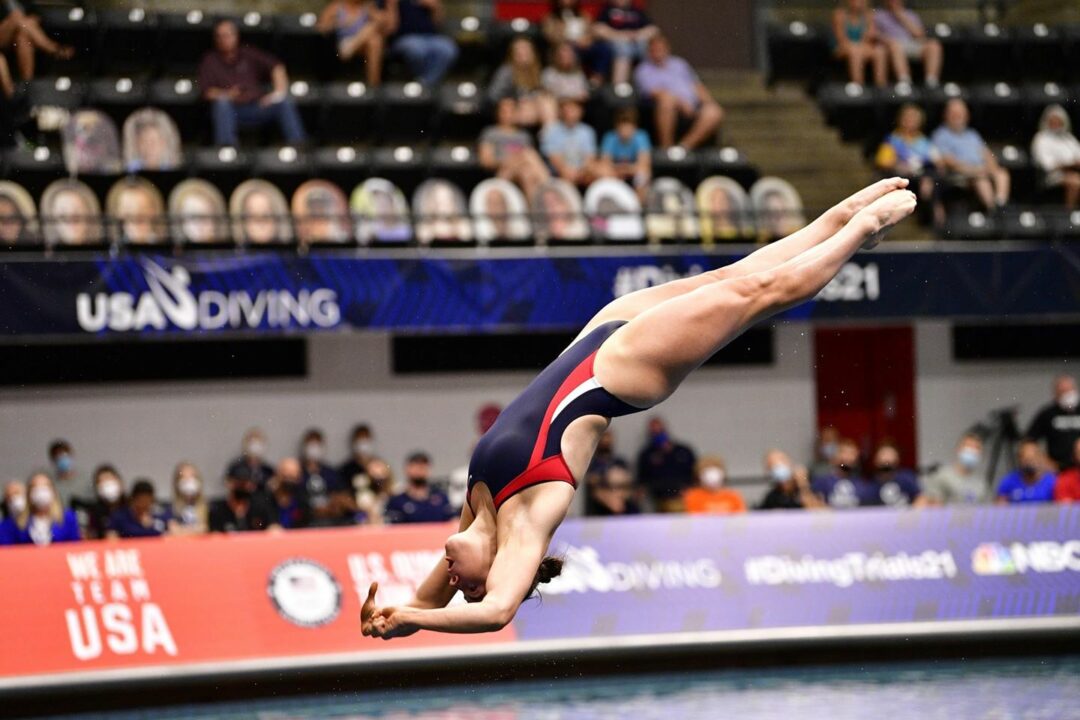 The Blue Devil freshman took the top spot in the girls' 16-18 age division of the one-meter springboard with a score of 424.70. Current photo via Marc Lebryk/Duke Athletics

INDIANAPOLIS, IND. – Freshman Blue Devil Margo O’Meara placed first in the both the one- and three-meter springboard events at the 2021 USA Diving Junior National Championship in Indianapolis, Ind.

In the three-meter, O’Meara found herself with work to be done after placing fifth in the semifinals with a score of 463.90. She responded strong, scoring 486.30 in the final to place first by a 16.35-point margin.

“It was such an amazing way to end my Junior National career,” O’Meara said. “I couldn’t be more excited that all of my hard work paid off.”

Freshman Will McCollum also competed at the meet. The native of Chevy Chase, Md., reached the semifinals of both the one- and three-meter boys events. He placed 26th in the three-meter competition and 33rd on the one-meter boards with scores of 473.70 and 388.25, respectively.