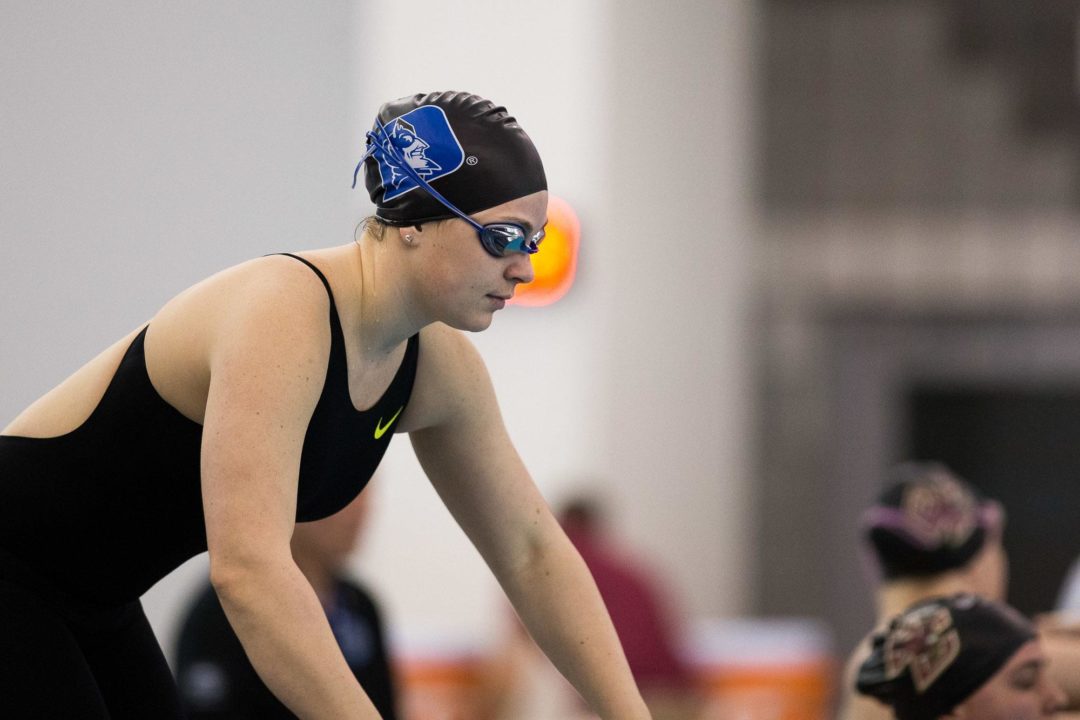 The South Carolina Gamecocks hosted the men and women of Duke University today, falling to the Blue Devils in both match-ups.  The Duke women landed eight individual event wins and took the top two positions for both relays to claim dominance with a score of 187-113.  In the men’s meet, the Gamecocks landed eight individual wins of their own, but it was not enough to hold back Duke with two full four position sweeps of individual events and powerful relays stealing the win on the last event, 154-146.

The Blue Devil women made their intentions clear right out of the gates as they managed to finish their A and B 200 medley relay squads ahead of the South Carolina A relay.  Mickayla Hinkle, Leah Goldman, Isabella Paez and Maddie Hess combined for the win at 1:41.47.

The men’s meet was a much closer contest, with the Gamecocks and the Blue Devils trading the lead on each of the last five events.  Duke’s Kazumu Takabayashi, Peter Kropp, David Armstrong and James Peek started the meet with a convincing win for the 200 medley relay with 1:27.77.  South Carolina’s A relay barely held back the Duke B, touching just .05 ahead at 1:30.60.

After losing the team score lead by five points following the 200 IM, Duke rallied to leave no doubt that the meet belonged to them.  They finished first and second in the 400 free relay, with the A squad of Armstrong, Dylan Payne, Seaberg and Peek leading the way at 2:59.91 for the hard-earned win of the event and the meet.

Duke actually won the 200 back as well making it a total of 5. Fine showing by Bradley Cline