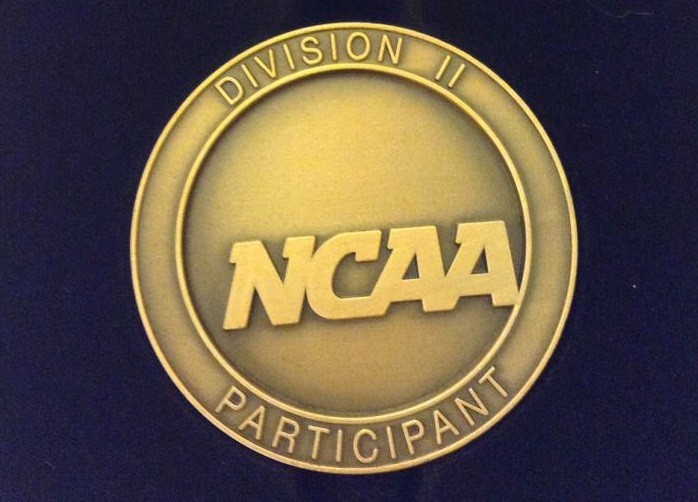 Follow along with us as we provide analysis and breakdown of each event as it happens real-time in Geneva, Ohio at the Division II National Championships. Last updated 6:38 (EST) Current photo via Rachel Hickey

After last night’s Finals session it look like the Drury men had one thing on their mind, Decade of Dominance, and they proved that any team who wants to take them down is going to have to work at it.  The Women’s meet on the other hand is almost an open door for any team to take.

Check Here for our Up/Downs Breakout

Wayne State would start off to a quick start leading after the first leg trailed by Drury and UCSD.  The second leg would show no difference as Wayne State would stay strong, but the third leg would be a different story as both Drury and UCSD would make their moves towards Wayne State.  Drury would make a last minute charge, but it would not be enough as the Warriors took the victory in NCAA DII Meet record time of 1:31.46.  Drury would finish second just .16 seconds behind the Warriors and UCSD would round out the top three. Ana Azambuja also set an individual National Meet Record with her lead off time.

Bridgeport would take it out quick with Saint Leo right with them after the first leg and they would only extend their lead after the second leg, but Drury and Tampa would catch them on the third leg.  The strong finish split of 18.95 from last night’s winner of the 50 Freestyle from Nick McCarthy would lead the Panthers of Drury to victory in 1:19.00, a new Division II National Meet Record.  Bridgeport would hold on to finish with the silver and Tampa would earn the bronze.

Caroline Arkelian would waste no time as immediately off the start every other swimmer in the field would already be on her hip but after the first 50 of butterfly it would be Kristina Novichenko who would touch first at both the 50 and 100 marks of the race.  A backstroke specialist, Arkelian would catch and pass Novichenko within the first 25 of the backstroke leg as she extended her lead with Novichenko behind her, Hannah Mattar and Melanie Tombers would be fighting for third after the backstroke.  Showing no signs of fatigue or slowing down, at the 250 mark Arkelian held a 3.2 second lead over Novichenko.  After the breaststroke it would be Arkelian, Novichenko, and Agnieszka Ostrowska making up your top three.  Novichenko would make up ground as it became a battle for the championship in the last 25 as not only would Novichenko pass Arkelian but so would Ostrowska and Tombers.  Novichenko of Wayne State would take the even in 4:16.08 followed by Ostrowska in second and Tombers would take the bronze.

The field would stay tightly packed within the first 50 of the butterfly with all the swimmers looking very smooth and controlled in the early goings of the event with Marko Blazevski taking the lead after the butterfly leg followed by Raymond Cswerko and Marco Aldabe.  The three would continue to battle as Blazevski would extend out his lead with Cswerko moving into a firm second with Aldabe still holding strong in third at the end of the breaststroke leg.  Blazevski would have no competition in the last 100 as he would finish in 3:48.67 to take the event.  Cswerko would take second and West Chester’s David McCormick would fly to the wall capturing third place.

Joyce Kwok would lead at the first wall, but Hannah Peiffer and Armony Dumur would be right on her heels the whole way through the first 50 as they were virtually even going in to the 75 wall.  Peiffer would make a resurgence of the same underwater that propelled her to victory at the BGMC championships to finish with a D2 National Meet Record time in 53.45.  Dumur of Bridgeport and Kwok of LIU Post would finish second and third respectively.

Josa would not waste any time getting off to a fast start with almost a full body length lead at the end of the first 50.  He was on pace to absolutely destroy the National Record which he would do with a new National Meet Record time of 45.45.  Wayne State’s Soren Holm would take second and Drury’s Stanislav Kuzmin would round out the top three.

The field would all flip together in the first 25 but Tinsley Andrews would be out to the early lead after the first 50 in 25.32.  She still held the lead at the 100 with a 52.89 but Kathryn Pheil would start to inch up on her and take over the lead with 150 gone.  Sofia Petrenko and Katharina Fischer would turn it on in the last 50 and it would come down all the way to the wire but it would be both Fischer and Andrews who tie for the championship in 1:48.48.  Finishing in third was Petrenko from Wingate.

Just the same as the women’s final it would be a tight race but Gianni Ferrero would make his presence know quickly with the lead at the 50.  Victor Polyakov, the 1000 Champion, would startto pull away at the 100 mark with everyone trying to capture his heels.  Making it back to back outside smoke from Lane 1 Polyakov takes the championship in a time of 1:35.25.  Till Barthel would take second and Ferrero finishes with the bronze.

Drury would use quality backstroke and butterfly legs to help gain a narrow margin of victory over second place Cal Baptist by only 3 tenths of a second. They would win in National Meet Record time of 3:29.29.  Wayne State would round out the top three.

The Queens Royals would use blistering breaststoke and butterfly legs to gain victory in a National Meet Record time of 3:11.10.  Finshing in second was Wayne State with Bridgeport finishing in third.

Indeed it was, we tweeted it, but failed to mention it in the story. It is now updated.