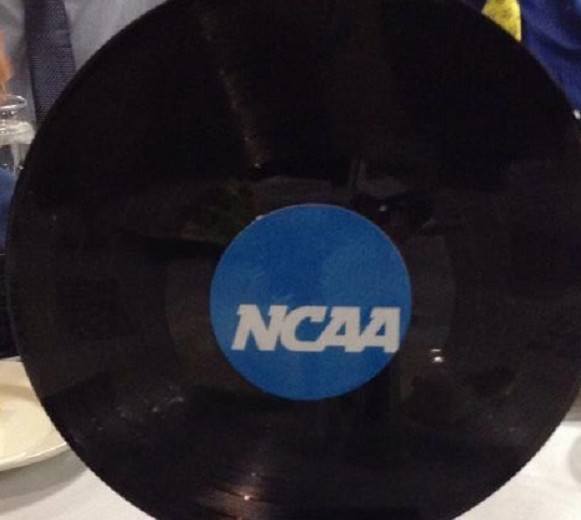 We will breakdown each race in tonight's Championship as it happens. Last updated 5:58 PM (EST) Current photo via Rachel Hickey

Great start off the blocks by Queen’s Lilian Gordy that would put her first at the 25 but it would be UCSD’s Anjali Shakya who would lead at the 50.  Lauren Carastro from West Chester would take the lead at the 125 mark with Florida Southern’s Alli Crenshaw staying right there with her.  At the 200 mark it would be Shakya, Crenshaw, and Carastro sitting in the top three.  At the 250, Shakya would continue to lead but any one of the middle lanes could have taken it.  Delta State’s Melanie Tombers would make her move to be sitting in second at the 300.  Shakya would extend her lead as she began to get continuously faster in the last 150 of the race.  Sarah Pullen would make a late move to sneak into second place with 100 to go in the race trying to chase down Shakya.  Going into the last 50 it would be all Shakya as she finishes strong with a winning time of 4:49.51.  Pullen would take silver and Tombers would round out the top three.

Polyakov would do what he has been doing all week long by getting out to a quick start staying neck and neck with Jonathan Glaser for the first 100 of the event.  Glaser would begin to inch away a little bit after the 150 but Polyakov wouldn’t let him get too far out of his sights as he takes over the lead at the 200 mark.  Behind him Glaser was working to try and hold off Bradley Strathmeyer for second place.  At the 300 mark the three men would flip virtually together and it would be the same story at the 350 wall.  But it would be at that point where Polyakov would start to make his move to try and pull away from the field but Glaser would not give him an inch.  Polyakov would flip with the lead at the 450 mark with Glaset and Strathmeyer right behind him.  That’s the way it would end up as Polyakov took the championship in a winning time of 4:23.44.

Both Mary Hanson and Hannah Peiffer would be off the quick start but it would be Hanson who set the National Meet Record last night in her lead off leg of the 400 Medley Relay and she would repeat that performance as she takes the victory in a new National Meet Record time of 52.45.  Yakaterina Rudenko would take the silver and Anastasia Kyarovskaya would take the bronze.

Pereiro would waste no time trying to defend his title and National Record as he would lead after the first 50 with Sikatzki right on his tail.  At the 75 mark it looked like Jordi Montseny Diez would finish to strong for Pereiro but that would not be the case as Pereiro takes the championship in 47.37.  Diez would take second in 47.42 and Sean Feher would take third in 47.88.

Kayla Scott would hold onto her early lead at the 25 to lead the first half of the race and it would be all downhill from there as no one would be able to touch Kayla Scott.  She takes the event in National Meet record time of 1:00.66.  Katharina Fischer would take second and Agnieszka Ostrowska would take bronze.

The heat was dead even after the first 25 but the middle 4 lanes would make their move on the second 25 with Gimenez, Korth, Jachowicz, and Eriksson practically together from the 25 onwards throughout the race.  But it would be Gimenez who takes the championship with a time of 52.73.  Jachowicz would take silver with Korth taking the Bronze.

Joyce Kwok would waste no time trying to defend her title as she had almost a body length lead after the first 50 with Novichenko on her heels in second at the 100 mark they would still be in that same position.  Novichenko would try and close the gap on Kwok but to no avail within the first 150 but it would be Peiffer and Petrenko who would try and chase down Novichenko for second but would not succeed as instead those ladies would tie for third with Novichenko locking up second place.  Joyce Kwok defends her title in 1:58.94

Vlad Zinca would be out to the early lead in the first 25 but that would quickly fade as Stanislav Kuzmin would take over the lead at the 50 mark, but it would be Cswerko who would try and run him down at the 100 mark to overtake the lead going into the final 50 of the race.  Kuzmin and Blazevski would trail him as Cswerko would finish strong to take the victory in 1:46.25.  Out of nowhere Antonio Nunez would take second from lane 1 and Blazevski would round out the top three.

Drury’s team of Andrews, Gleseke, Reed and Pullen take the event in a new national meet record time of 7:20.08

Using a national meet record lead off time from Matthew Josa, Queens would take the gold in this event with a time of 6:29.32