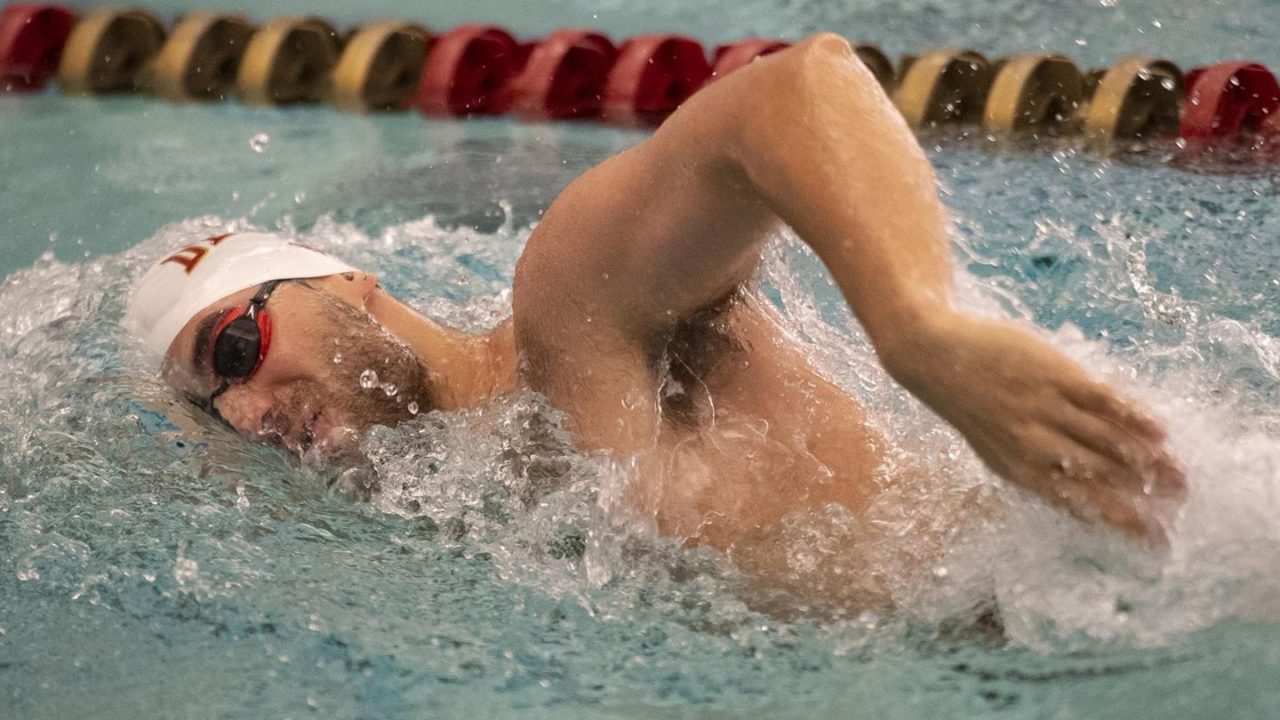 The University of Denver men's swimming and diving program won 13 of 14 swimming events in a 203-95 defeat of Air Force on Saturday. Current photo via Denver Athletics, NCAA Photos

The Pioneers won 13 of the 14 swimming events on the afternoon.

UP NEXT: Denver’s men’s and women’s programs head to Tucson, Ariz., next week to take on Arizona and Hawai’i in a two-day dual.

DENVER, Colo. – The Air Force Academy men’s swimming and diving team fell in dual action at the University of Denver, 203-95, Saturday afternoon, Oct. 19, at El Pomar Natatorium. The Falcons had three event wins in the 16-event meet, while taking second in six others.

“It was a tough day for us today at Denver,” Head Coach Rob Clayton said. “We came out flat, and I think that can be partly attributed to last night with such an emotional hard fought meet against Wyoming. We were spent, both physically and emotionally, and we ran up against a really good Denver team, who was tremendous today.”

Air Force’s swimming event win came in the 100 back, as sophomore Isaac Gwin touched in first with a 49.08. The other two event wins came on the diving board, as freshman Brett Jenkins took gold in the 1-meter, and junior Jack Zocher was the winner in the 3-meter.

“Overall it was a good weekend,” Clayton continued. “We learned a lot we’re going to grow and get better from here. We have a lot to work on over the next couple of weeks.”

The Falcons will now have the rest of October away from competition, as they won’t return to the pool until November 1 when they face Colorado Mesa and the Colorado School of Mines in a tri-meet. Start time at the Cadet Natatorium is set for 5 p.m.