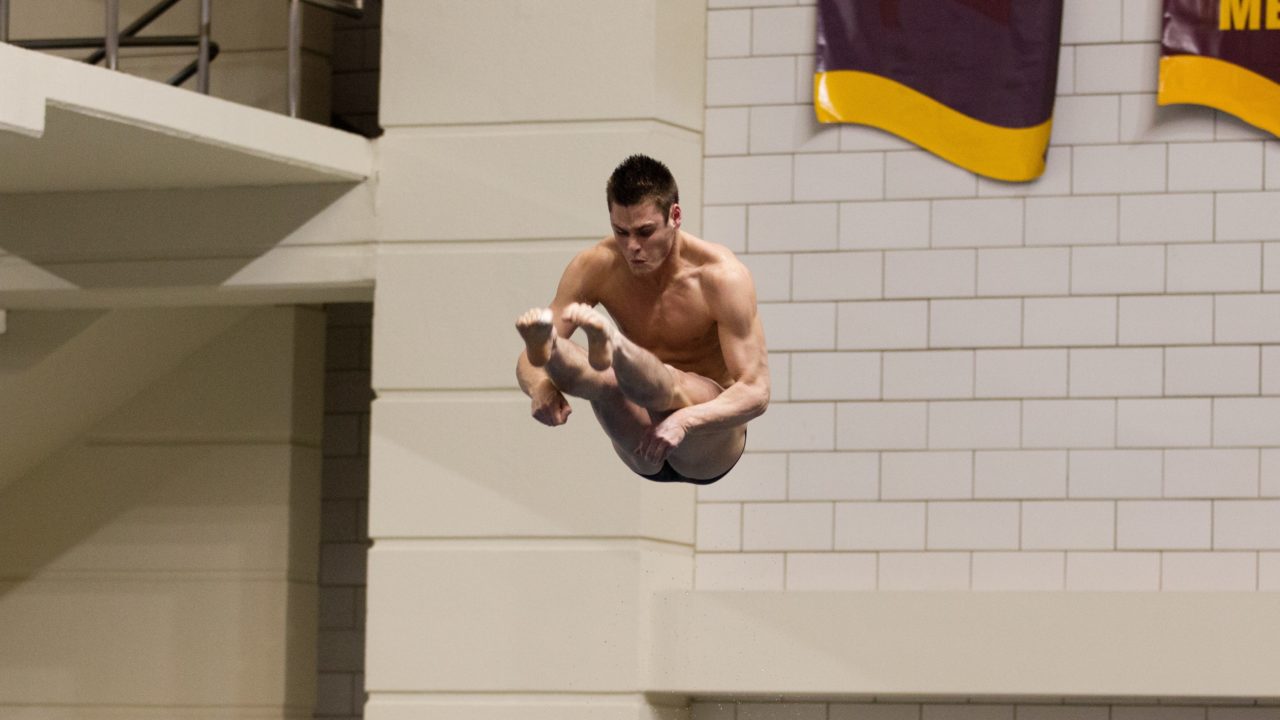 Boudia and McCrory will both have two diving entries in London after the 10-meter platform final (Photo Courtesy: ©Tim Binning/TheSwimPictures.com)

The men’s 10-meter platform, between Nick McCrory, David Boudia, and 2008 Olympian Thomas Finchum, is the premier event of the 2012 US Olympic Diving Trials, and thought America’s two-best made the team, both left a lot of work to do before London.

Boudia, the defending World silver medalist, took the win with a total score of 1642.40 (558.65 in the final round) and McCrory was 2nd in 1582.44 (538.60 in the final round), to give both their second entry for the London Olympics; the pair combined to win the men’s synchronized platform event.

And though they will be happy with their placing, neither will walk away feeling ready to take a medal at the Olympics. McCrory was actually outstanding throughout the final, but he missed badly on his forward 4 1/2; he scored only 74 points on his version of the dive with 6.5’s and 7’s when he wasn’t lower than an 8.5 on any other dive.

This is a dive that is relatively new to the sport, but in a few years Boudia has become one of the best in the world in it. He put up 9’s and 9.5’s in the dive, cracking the magical 100-point barrier on the dive and really putting the competition out of reach.

But that one dive more-than-made up the difference between the two in this final round (exclusive of the points from the prelims and semis that carry over into the final round). That will leave McCrory ecstatic, for the most part, about his performance and Boudia probably disappointed (though he wouldn’t show it outwardly).

Boudia struggled on his entries on Saturday, many times under-rotating and failing to compete his rip with pointed toes. McCrory on the other hand was outstanding on his entries outside of the aforementioned 4.5 somersault. But this will be McCrory’s challenge in London – his dive lineup isn’t nearly as difficult as Boudia’s. Boudia’s total summed Degree of Difficulty on the 6 dives is 21.0, whereas Boudia’s was only 20.3.

That means all of Boudia’s scoring is ultimately multiplied by a much higher value than his opponent, meaning that he doesn’t have to be perfect to medal. McCrory, unless he beefs up his selection for London, will have to be perfect to even come close to making the podium. Either way, both need to be better here to bring home hardware from London.