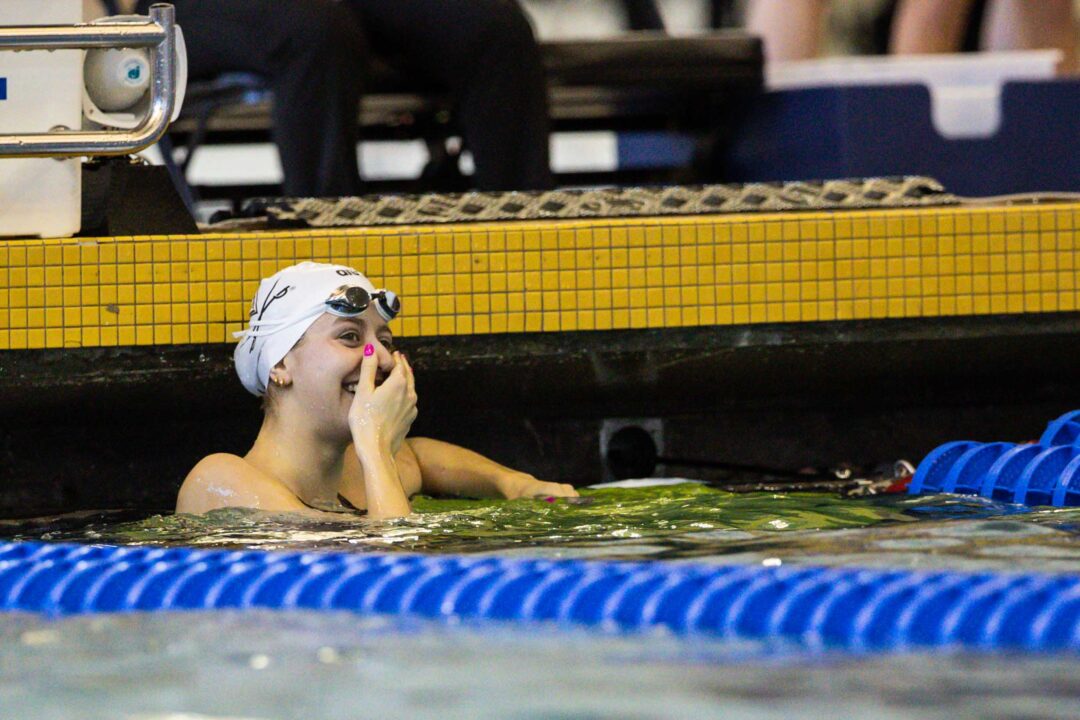 After the 2nd day of competition, Virginia has built an 82 point lead over the competition. Texas is in 2nd, followed by Stanford in 3rd as projected. Current photo via Jack Spitser/Spitser Photography

Not much changed between the projected team scores and the actual team scores. Most of the scoring changes came from just a few tweaks here or there, but the top seven projected teams all remained the same between prelims seeds and finals: Virginia, Texas, Stanford, Alabama, NC State, Louisville, and Cal.

Virginia has built an 82 point lead over the competition heading into day three of the meet.

The biggest shift of the evening came from the diving competition where reigning champion Sarah Bacon of Minnesota was dethroned by Mia Vallee of Miami (365.75). Bacon finished 2nd (356.60). Miami had two divers score tonight with Emma Gullstrand finishing 10th (328.50).

Seeded 8th, 9th, and 10th was Michigan, Ohio State, and Tennessee, respectively. After finals, Ohio State is in 8th, Michigan is in 9th, and Florida is in 10th. Florida was projected to end up in 13th tonight, but the Gators had a solid 9th place finish in the 200 freestyle relay to end the night, moving them up in the team rankings.

Great job by Mia Vallee, breaking the record despite a moderate final dive. I had a fellow Canes basketball season ticket holder tout me on her chances a few weeks ago.

I think the 400 free relay might be close! Alabama looked really good tonight.