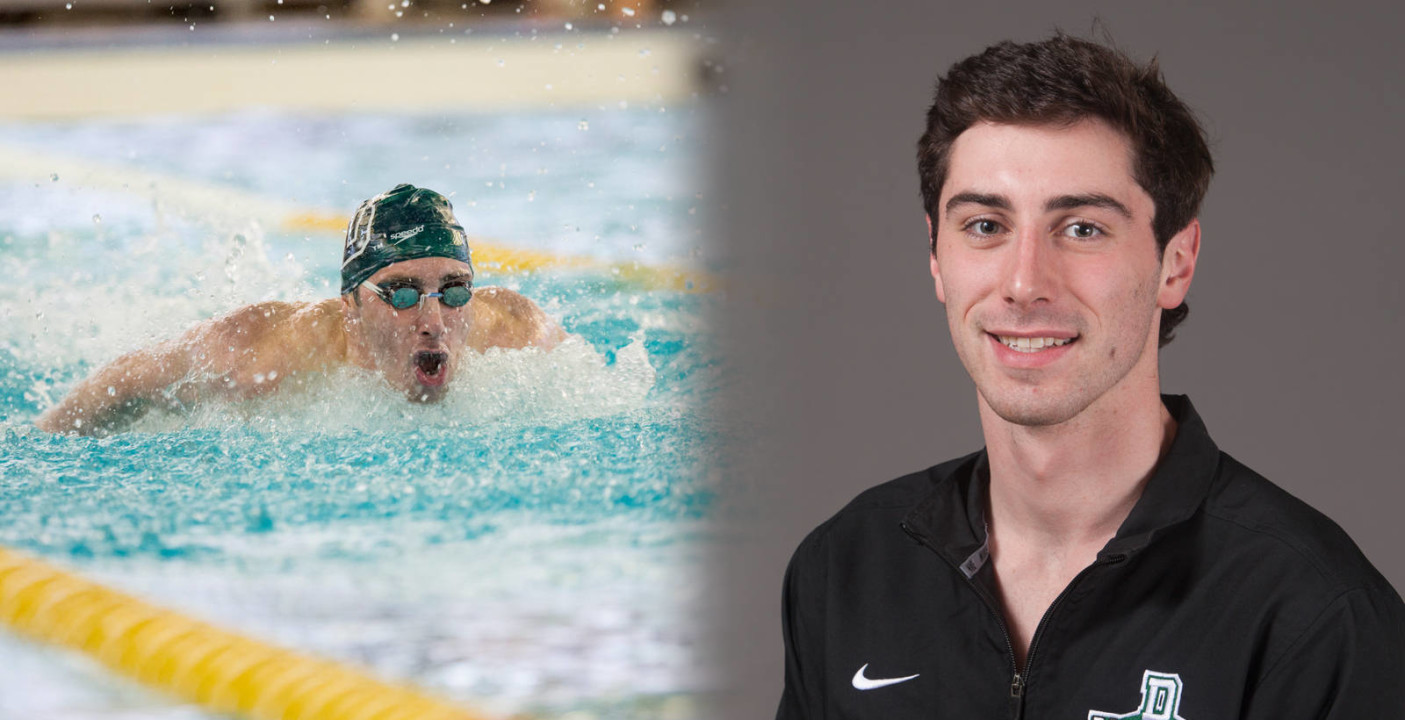 21-year-old Dartmouth swimmer Tate Ramsden passed away last weekend in a drowning incident at a YMCA in Sarasota, Florida.

According to the sheriff’s department report, Ramsden had completed around 4,000 yards of his workout and had moved on to practicing underwater swimming. 10News in Sarasota reports that a police officer involved in the case, Officer Douglas Stidham, said “It is believed he was likely attempting to complete a ‘100’… without surfacing for air.”

Ramsden was at the pool with his uncle, cousin, and sister, who noticed he wasn’t moving and alerted the lifeguards.

An autopsy will be conducted to determine the official cause of death.

Dartmouth College released the statement printed below on January 1st, one week after the incident occurred on December 26th:

The Dartmouth athletics department and the entire college community mourns the passing on Dec. 26 of Tate Ramsden, a member of the Class of 2017 and the Big Green swimming and diving team. Ramsden passed away while swimming in Sarasota, Florida, while on vacation with his family.

Ramsden, a native of Nashville, Tennessee, arrived at Dartmouth after a standout prep career at Montgomery Bell Academy in Nashville. As the swim team captain during his senior year, he led his squad to the Tennessee State Swimming Championship at which he took fourth in the 100 fly and fifth in the 200 free. He also was a member of the 4×100 relay team that won four consecutive first-place titles at the state championships and garnered four all-state honors during his prep career.

A member of Beta Alpha Omega fraternity, Ramsden was a well-rounded swimmer for the Big Green, competing in many of the sprint events, particularly the free and butterfly. Last year at the Ivy League Championship, he raced in the 100 and 200 fly, as well as the 200 IM.

“Tate was a dedicated and talented athlete, and a fine student,” Dartmouth head coach of swimming Jim Wilson said. “Our team is devastated, but we will remember Tate’s friendship, determination, and generosity in this tough time. We will all miss him very much.”

Visitation for Tate Ramsden is Saturday, Jan. 2, from 11 a.m. to 1 p.m. A memorial service will follow at 1 p.m. at First Presbyterian Church in Nashville.

President Hanlon has encouraged anyone in the Dartmouth community who would like to speak to a counselor on their own behalf or out of concern for someone else to contact the Safety and Security office at (603) 646-4000 at any time.

Heart felt condolences to the family and team.
Tough lesson for us.
100% is possible. Don’t go it alone.

So so so sorry to this family. It’s so hard when life is full of great opportunity and filled with vibrant life and to be hit with this is devistating to say the least. I cannot even phathum your sadness and unbelievable pain. Life is full of unexpected happenings. Please try to find comfort through prayer. Peace and love to this family I know NOTHING about except the passing of what I’m sure is an amazing young man.

‘Fathom’ is what you are after but I agree & ‘phathum’ looks impressively poetic.

My son blacked out during underwater training a couple of years ago, but the lifeguards reacted quickly and got him out in time. I believe the club now prohibits 50m underwater training even under supervision. I knew nothing of the risk back then but have since heard or read numerous stories. My son was lucky. So sorry for this young man’s family, friends and teammates. I cannot begin to imagine their sense of loss.

This death is a result of lifeguard neglect. There is NO EXCUSE FOR IT in a guarded pool! He should have immediately been pulled out and resuscitated!

I agree. Absolutely devastating that a family member had to alert the guards. as something currently training to be a guard I find this an extremely motivating reason to maintain complete focus while guarding.

Easy to say. The lifeguards may not have seen the swimmer initiate his under water swim. This is a situation where the swimmer can blackout and still be kicking. The guard, in scanning the pool, could easily miss the signs.

Everyone in the swimming community knows the dangers/risks of under water training. We all know the potential risks of blacking out. We should not need to train any distances greater than 25’s (you’re only allowed 15m at a time).

Please, respect the death of the swimmer; also, understand the challenges of the guards. Everyone must grieve and learn from this incident.

Very nice, mature response. Difficult situation from all aspects. Prayers for this family during this devastating time.

What you need to realize is that guards are humans. Usually just teenagers. He obviously was a very refined swimmer, so the lifeguard knew that he wasn’t going to drown because he couldn’t swim. I’m not sure how many other people were in the pool, but it’s easy for guards to simply overlook such swimmers so that they can focus on those with more of a risk chance. And if it was during adult/lap swim, the guard is usually only there to keep people out of the pool or even just to manage the pool and lock up afterward. They aren’t expected to watch their water like they would normally. It is hard to pay close attention when you have… Read more »

The swimming world’s prayers are with the family.

We were asked to go as far as we could without breathing quite often in practice – and we would push ourselves to the point of almost losing consciousness just to get further. Let’s stop asking swimmers to see just how far they can go – it’s a weird badge of honor that’s dangerous. I am so sorry for this family’s loss of their son.

Sad to think a simple rule posted on deck or a word from a lifeguard that there is no extended breath holding in our pool could save someones life. Drowing can happen to anyone, no matter how good of a swmmer you are.

I think USA Swimming / NCAA should review the idea of these types of instances. While it reminds me of when we used to ride bikes without helmets in the 70’s, the fact is – lives have been saved from kids/adults riding with helmets today. Knowing that other swimmers have blacked out in the past suggests that these types of drills/exercises should be eliminated from practices – just like diving into a pool (now most kids jump feet first). Trying to hold lifeguards accountable for saving the life of a swimmer who is well versed in the pool is asking too much, especially when it doesn’t occur that often.

You could call it the Tate rule.